Victories notwithstanding, the 2020 election blew up many of the assumptions Democrats have long held about the American electorate. In Florida, Arizona and elsewhere, Latino voters broke for Trump in unexpected numbers, upending conventional wisdom that the growing Spanish-speaking population will reliably vote the same way — and vote blue. Polling again failed to capture contours of races around the country, proving that pollsters’ inability to predict Trump’s 2016 win wasn’t a fluke. And with all eyes on Texas, Georgia flipped blue for the first time in two decades.

Tatenda Musapatike, a former political ad specialist at Facebook who left the company in 2019 to lead civic engagement campaigns, believes that the relative tabula rasa in American politics right now is an opportunity to double down on expanding the electorate.

This month, Musapatike is leaving her role directing campaigns at the Democratic nonprofit Acronym to launch the Voter Formation Project, a 501(c)3 laser-focused on reaching Black and brown first-time voters using every trick in the digital toolbox.

One answer to Trump’s surprise win in 2016, Acronym emerged as a nonprofit strategy group aiming to lay a Democratic digital groundwork that could match or surpass Republican digital campaigns.

The group stumbled in 2020 when an untested and probably ill-advised vote tabulation app delayed results in the Iowa caucuses, creating chaos and casting doubt on the Democratic party’s technical prowess. The app was created by Shadow, a tech company Acronym acquired the year prior but then scrambled to distance itself from.

But Acronym had a lot of irons in the fire. One of those was a 2019 voter drive called the “People’s Power Grab” led by Musapatike that mobilized unregistered voters of color in eight states, including Arizona, Florida and Georgia. Acronym says it will offer “incubation support” to the new organization.

With the Voter Formation Project, Musapatike can extend and deepen the work that began with the People’s Power Grab. And with Georgia as a proof-of-concept and major legislative voting rights reform on the table, the political stakes of that mission are clearer than ever.

Musapatike is well-positioned for the task at hand. Prior to her work on voter outreach at Acronym, she spent three and a half years at Facebook working with progressive super PACs and nonprofits on their digital ad campaigns. (Mired in myriad political controversies following the 2016 U.S. election, including accusations that the company gave the Trump campaign special treatment, Facebook dissolved those teams.) 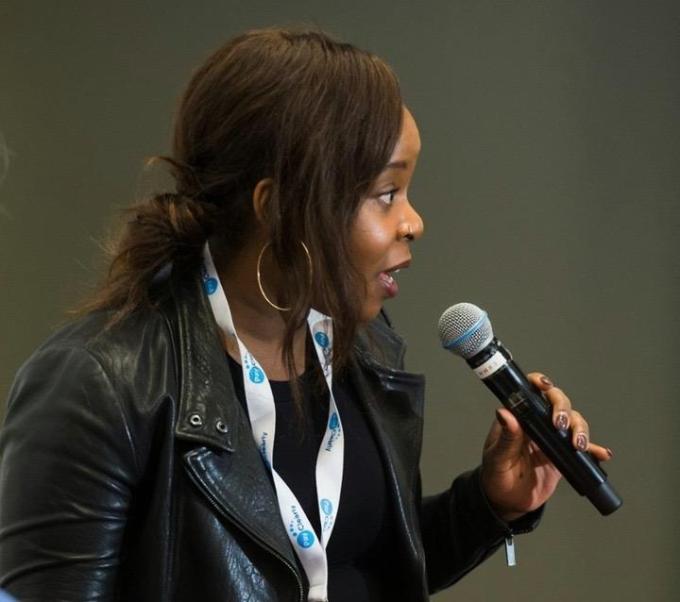 Musapatike told TechCrunch that the Voter Formation Project will fill an existing gap for digital-only voter outreach in at least a few ways. For one, it will be the first digital-only operation helmed by a Black woman in the space. Its mission is also uniquely targeted and the organization will be looking to raise at least $4 million this year to make it happen.

“I’m really excited about the sea change that we’re seeing in terms of valuing the work, and trusting Black women to do the work,” Musapatike said.

Practically, the Voter Formation Project will look like a lot of digital advertising. Musapatike believes that by embracing the chaos of so many upended assumptions she can reach more first-time voters from communities of color.

“Oftentimes, I think a lot of groups that do digital work predominantly focus on either young people or individual communities of color,” she said. “We’re really focused on the digital piece, and then targeting people of color to figure out what works for our different communities.”

But it won’t all be ads. Musapatike expects digital advertising to be half of the fledgling group’s budget in its first year, but also emphasizes the need for digital training and education for other voter outreach programs, particularly smaller ones at the state level and other organizations with more traditional in-person operations that lack the resources for deep digital expertise.

The final piece is advertising tech that the organization developed to guide new voters through getting registered and creating a plan to vote, keeping track of them along the way so they can be re-targeted if they don’t complete the process.

Around the time she was leaving Facebook, Musapatike started thinking about how ad operations targeting first-time voters were stuck repeating the same patterns.

“We saw the same type of assumptions about what moved people, what inspired people, what got people to register being repeated,” Musapatike said. “I rarely had the opportunity to see really different and experimental thought coming to campaigns. And I wanted to be able to run the campaigns that I dreamed about in my head.”

One example is the belief that ads seeking to register new voters should look kind of dry and official, like they might have come from the government itself.

Her teams ran tests of “official-looking” ads against what she calls “culturally relevant” ads that looked like organic content anyone might run into on social media, with a careful eye to be sure the people featured in the more modern ads looked and spoke like the communities being targeted. They found that the official-looking ads indeed resonated more with older voters, but younger people of color were much more likely to register to vote when targeted with the culturally relevant ads.

“And so that said to us we need to do a lot more digging into what works for who, and not necessarily say that same tactic works for everyone, because we just don’t know if that’s true or not,” Musapatike said.

Democrats could wait patiently for shifting demographics to move the country left — or they could get experimental in order to tap into a powerful well of potential votes sitting out in the open. Pockets of unregistered voters are particularly concentrated in the South, and the Voter Formation Project names Texas and Virginia as two states of particular interest.

“These are places where we have failed in elections that are occurring either at the municipal or the state level,” Musapatike said, pointing out that while the South appears to skew heavily conservative, it’s also the region most afflicted by efforts to disenfranchise voters.

After Iowa caucus flub, can tech be trusted in elections?

“For that we are running programs in states where there are disproportionately fewer people of color voting compared to their older, whiter counterparts,” Musapatike said. “Because once those people have access to voting, it could change the outcomes.”

Asked if she has any qualms about pumping advertising dollars into social media platforms that are known to amplify voter suppression efforts and other strains of political misinformation, Musapatike was crystal clear. “I just don’t believe in bringing a knife to a gunfight,” she said.

In the 2020 presidential race, Democrats prevailed by around 12,000 votes in Georgia. For state and local elections, even small bumps in the voting population can have a huge impact. To that end, from day one, the Voter Formation Project is setting out with a measurable goal: to register and mobilize half a million voters before the 2022 midterm elections.

“When there are a significant amount of people who don’t have access to the ballot box, [elections] are no longer a fair contest of ideas,” Musapatike said. “It becomes a game of suppression, which is not what the United States is about.”