I changed things up this week to make room for an interview we had with Mike Lelli, senior manager of advanced battery cell technology over at GM. That means I don’t have the typical roundup at the bottom of EVERYTHING, or most things, that happened this week. But don’t worry, I’ll bring that back next issue.

You might recall, or maybe not, that GM president Mark Reuss announced last week a partnership with SolidEnergy Systems, an MIT spinoff. GM and SES plan to work together to improve the energy density of lithium-ion batteries. The companies are going to build a prototyping facility in Woburn, Massachusetts and aim to have a high-capacity, pre-production battery by 2023.

As one reader pointed out to me, the partnership is an interesting next step in GM’s interest in SES. Five years ago, GM Ventures, the VC arm of the automaker, invested in SES. Rohit Makharia, a longtime engineer turned investment manager at GM Ventures, is now the COO at SES. In other words, this isn’t some casual relationship.

Scroll below for a Q&A with Lelli.

Email me at kirsten.korosec@techcrunch.com to share thoughts, criticisms, offer up opinions or tips. You can also send a direct message to me at Twitter — @kirstenkorosec.

After the partnership between GM and SolidEnergy Systems was announced, we (meaning me and TC reporter Rebecca Bellan) jumped on the phone with Mike Lelli, senior manager of advanced battery cell technology at GM, to try and learn about about the automaker’s battery plans.

The interview with Lelli was edited for clarity and brevity.

TECHCRUNCH: You’ve said that GM is trying to increase energy twofold and reduce the cost of batteries by 60%. So are you aiming to work directly with SolidEnergy Systems on building the next generation of Ultium batteries?

LELLI: The SolidEnergy Systems arrangement includes building a prototype line in Massachusetts. So, this new technology will be built on that line.

TECHCRUNCH: Are you looking at any other battery tech startups to help speed R&D along?

LELLI: I would just say, stay tuned on that; we have a lot more to announce in the future. In the meantime, work is continuing on lithium-metal batteries and other related technologies at our R&D lab. We’re working on many different technologies at this point, including high voltage cathode, electrolytes, dry processing, battery raw materials etc.

TECHCRUNCH: GM already has a lot of critical IP in the space of lithium metal batteries. How is SES filling in the gaps?

LELLI: Well they have strengths and we have strengths and that’s the beauty of this arrangement. SolidEnergy Systems is a very innovative technology company and they offer many novel ideas around lithium metal anode technology, and manufacturing and, of course, we do as well. That’s where their strength is.

They also have a strength in electrolytes, but we have a strength in electrolytes as well and we have IP around electrolytes that we think could be an enabler to this technology. We have 49 patents and over 45 pending in this lithium metal space, so we’ve been working on it for a while. This isn’t something that we’ve thought about, you know, a year ago and saying, ‘hey what are we going to do next?’ This is stuff we’ve been working on for quite some time.

TECHCRUNCH: How is GM thinking about pushing for reductions in nickel and cobalt? Is that a priority?

LELLI: When we came out with the event last year on the Ultium battery, we were very focused on the precious metals. And you may remember that we commented that our cathode would be NCMA — nickel, cobalt, manganese, aluminum. We said that technology we were taking on because it was able to reduce cobalt by over 70%, and we’re able to do that by building a cathode with aluminum.

We’re always focused on these raw materials and reducing high-cost materials and materials that are hard to get. That’s part of my group’s job; my group is responsible for the technology roadmap relative to all these different spaces within the cell: the cathode active material, separator, electrolyte, anode material, the different ways to process the cathode in manufacturing —  right now we have a wet process and if we can get dry to work, it’ll be less expensive. We work in all of these spaces simultaneously to reduce costs.

The beauty with the SolidEnergy arrangement is that we can put any of those cathodes that we develop and we can tie that to the lithium metal anode. The key work we’re doing with SolidEnergy is getting the lithium anode technology to work, and then we can, at some point in time, continue to change the cathode part of that cell for further cost reduction and less reliance on some of these critical battery materials out there.

TECHCRUNCH: The work around the anode is really the key to unlocking that energy density, is my understanding. Are there any other benefits?

Lithium gives us energy density, but then you also have to design a cell that lasts many cycles, and so to do that you have to understand all the other parts and pieces of the cell that enable that. An electrolyte is an extremely critical part of that.

TECHCRUNCH: What are you expecting the range to be for the next generation of Ultium batteries?

LELLI: It’s conceivable that the range of our production in lithium metal batteries could be as high as 500 to 600 miles, but that really depends on the car you’re putting it into. If you put the same battery in a truck, it’s not going to have the range that if we took that same battery and put it in a small car. It really depends on the product you’re putting the battery in to answer that question, but to give you a frame of reference, 500 to 600 miles is conceivable.

TECHCRUNCH: Has GM identified which vehicles will receive the first generation Ultium battery, besides the GMC Hummer?

The Cadillac Lyriq and the Cruise Origin will be among the first.

Earlier this year, I predicted that Via was going to have a big year; I was right. The on-demand shuttle startup turned mobility-as-a-service provider has been expanding, snapping up contracts with cities globally. And now it’s expanding through acquisitions.

Via bought Remix, the startup that developed mapping software used by cities for transportation planning and street design, for $100 million in cash and equity. Remix will become a subsidiary of Via, an arrangement that will let the startup maintain its independent brand. Remix’s 65 employees and two of its co-founders — CEO Tiffany Chu and CTO Dan Getelman — will stay on.

Remix’s strength is in planning, while Via brings expertise in software and operations. The acquisition should nicely rounded out Via’s current business and help it capture more customers, which currently number more than 350 local governments in 22 countries.

I’m not so sure that Via is done. I expect more deal making — maybe even a bid to go public — by this company that last year hit a $2.25 billion valuation after raising $400 million in a Series E round.

Other deals that got my attention …

Damon Motors, the electric motorcycle company, raised more than $30M in funding, completing a bridge round led by Benevolent Capital, SOL Global Investments, Zirmania, and others.

FlexClub, the South African-based car subscription startup founded in 2019, raised $5 million in equity and debt. This is a seed extension round, bringing the total investment raised by FlexClub to over $6 million. The company recently expanded to Mexico.

Optibus, the transit-focused software-as-service company based in Israel, raised a $107 million in a Series C round co-led by Bessemer Venture Partners and Insight Partners.

Zego, the insurtech that got its start by offering flexible motorbike insurance for gig economy workers, has raised $150 million. DST Global led the London-based company’s C round, which gave it a $1.1 billion valuation and a unicorn status.  Other new backers include General Catalyst, whose founder and MD, Joel Cutler, joins Zego’s board. Zego has since expanded its business to offer a range of tech-enabled commercial motor insurance products.

A deep dive: the Volkswagen ID. 4 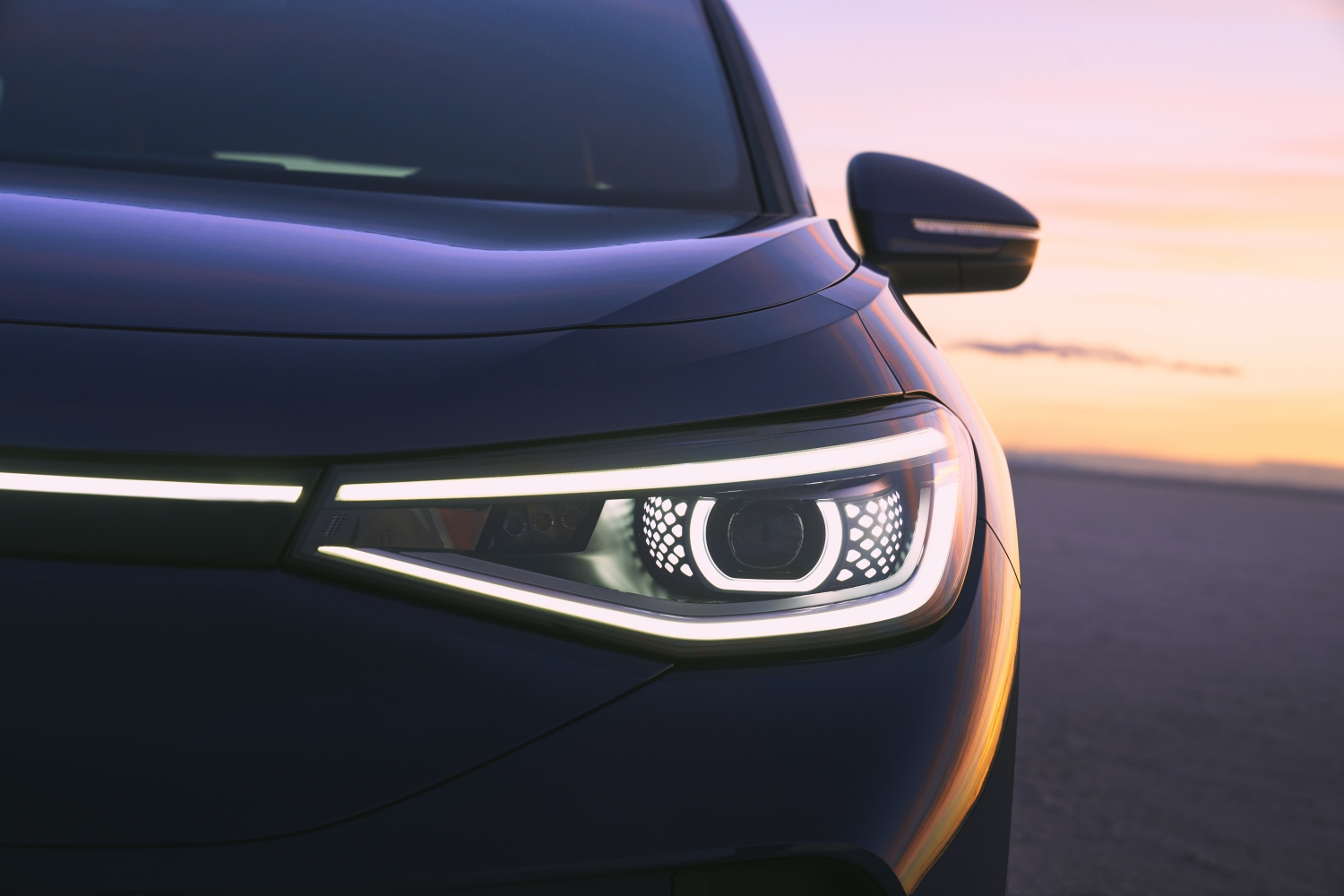 I recently brought on Abigail Bassett, a World Car Juror and longtime journalist who writes about cars and tech (among other topics) to review some of the most important vehicles of 2021. Last month, Tamara Warren (another longtime reporter in autos and tech) reviewed the Aston Martin DBX, a vehicle that is critical to the automaker’s survival.

This month, Bassett takes a deep dive into the Volkswagen ID. 4, a five-passenger, fully electric crossover with a starting price of $33,995 (before federal or state incentives).

The ID. 4 matters. A lot. Volkswagen, once a dabbler in electric vehicles, is now betting its future on the technology.

Did the ID.4 make the grade? Bassett tested it on three different occasions. I suggest you read the whole article, but for those busy folks here is the tl;dr: The VW ID.4 offers a balanced blend of technology, comfort and design for a more affordable price. It offers solid technology without being so out of this world that your average crossover buyer will balk … with one exception. The lack of seamless charging makes finding and then connecting to a third-party charging station a clunky, even complex experience.

Read more by clicking below.

The 2021 Volkswagen ID. 4 ticks all the boxes, except one