For modern cars, the standalone, photo-frame-like display in the center of the dashboard has become something of a default. But with its next-generation iDrive 8 system, BMW is moving away from this design language by introducing what it calls the “BMW Curved Display,” which takes this idea to the next level by expanding that center display all the way through the cockpit. It’s actually still two screens, the 12.3-inch information display and 14.9-inch control display, but it looks like a single curved display that BMW describes as giving an “appearance of almost floating.”

The new curved display with the new iDrive 8 system will debut in the upcoming all-electric iX and i4, which should arrive later this year.

While the company isn’t sharing any details about the underlying technology stack just yet, BMW is willing to say that its new stack is able to process 20 to 30 times more data than the previous system. The company plans to share more details about the stack after July, Frank Weber, BMW’s head of development, told me during a press roundtable earlier today. 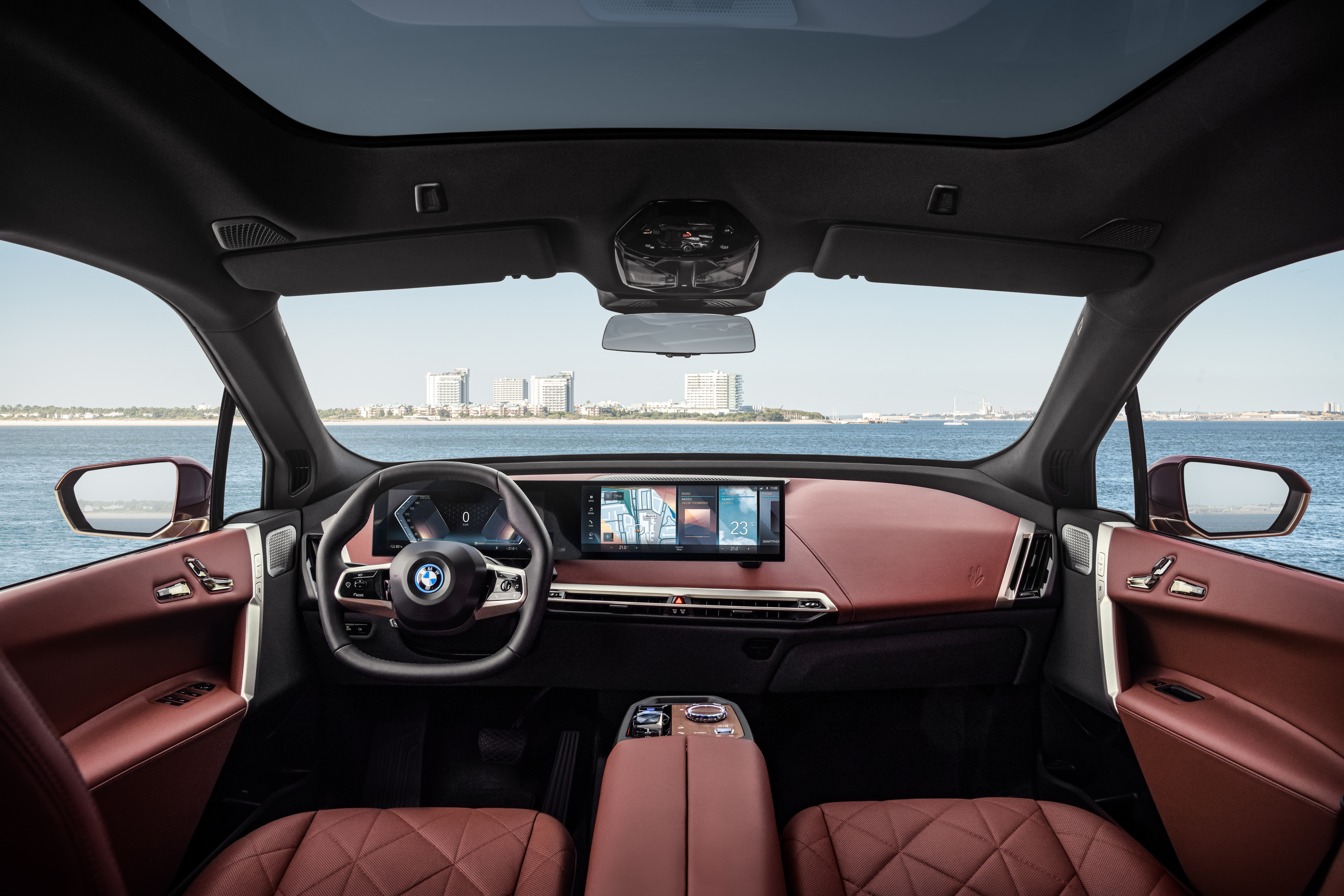 The company provided a first glimpse of the new layout when it announced the iX last November, but at the time, it didn’t provide any details about the new iDrive system. At the core of it is, unsurprisingly, a wholesale redesign of the user interface. Drivers will be able to choose between different layouts, for example. There’s a standard “Drive” layout, which will feature “a dynamically changing area in the center of the information display to show individually selectable information.” There’s also a “focus” mode for “dynamic driving situations,” a “gallery” layout that minimizes driving info in favor of other widgets from apps like your media source and, for when you just want to drive and be left in peace, a “calm” mode that only shows your vehicle speed in the center of the information display, and virtually nothing else. 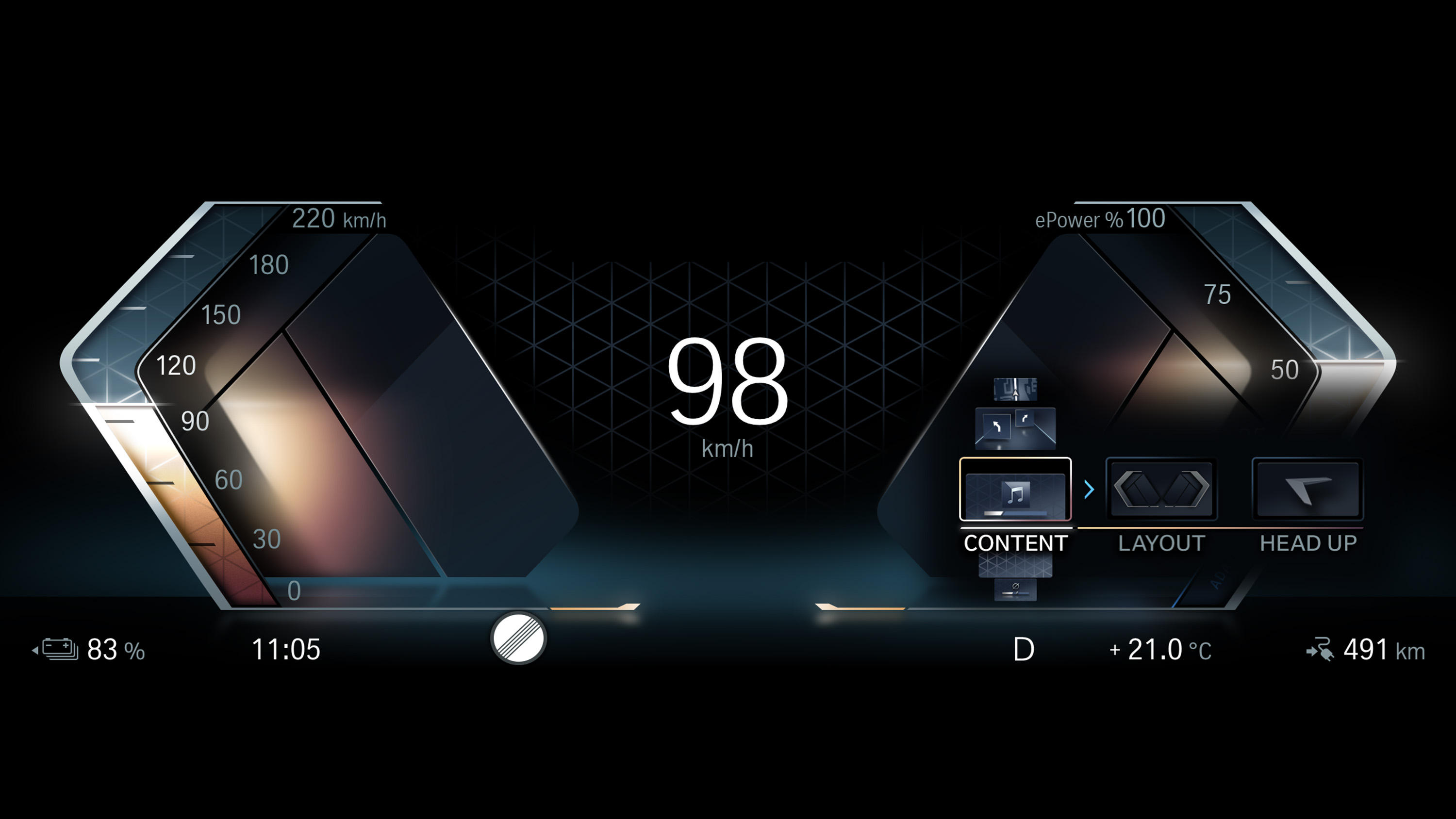 There also are three different driving modes: efficient, sport and personal, which allows you to change some of the core driving experience settings like engine throttle, steering characteristics and chassis settings, as well as the audio characteristics of the car.

For maps, which are probably still the most often used app in any car, there are also three different modes (adaptive, reduced and expanded), all going back to the central idea that the drivers should be able to decide how much information they want to see.

That’s a lot of personalization options and Weber acknowledged as much, but he also argues that the company has made them easy to use so that they don’t overwhelm the driver — and that a lot of drivers really want this functionality.

“When you test our system in China, you cannot do enough for personalization, they almost want to personalize everything,” Weber explained. “And then there are other people who say: I just want to drive my vehicle, I don’t want to see any of that. Therefore, what we did is, we have included a ‘My Mode’ function — a very simple surface in the vehicle. When you push My Mode, you find Sport and you find Efficiency and you find Personal here. And there, it is very easy to almost say ‘Do I want something that is very reduced? Or do I want something that has all the possibilities of personalization?’ There are very artful things that we have included in here. And there are very simple choices.” 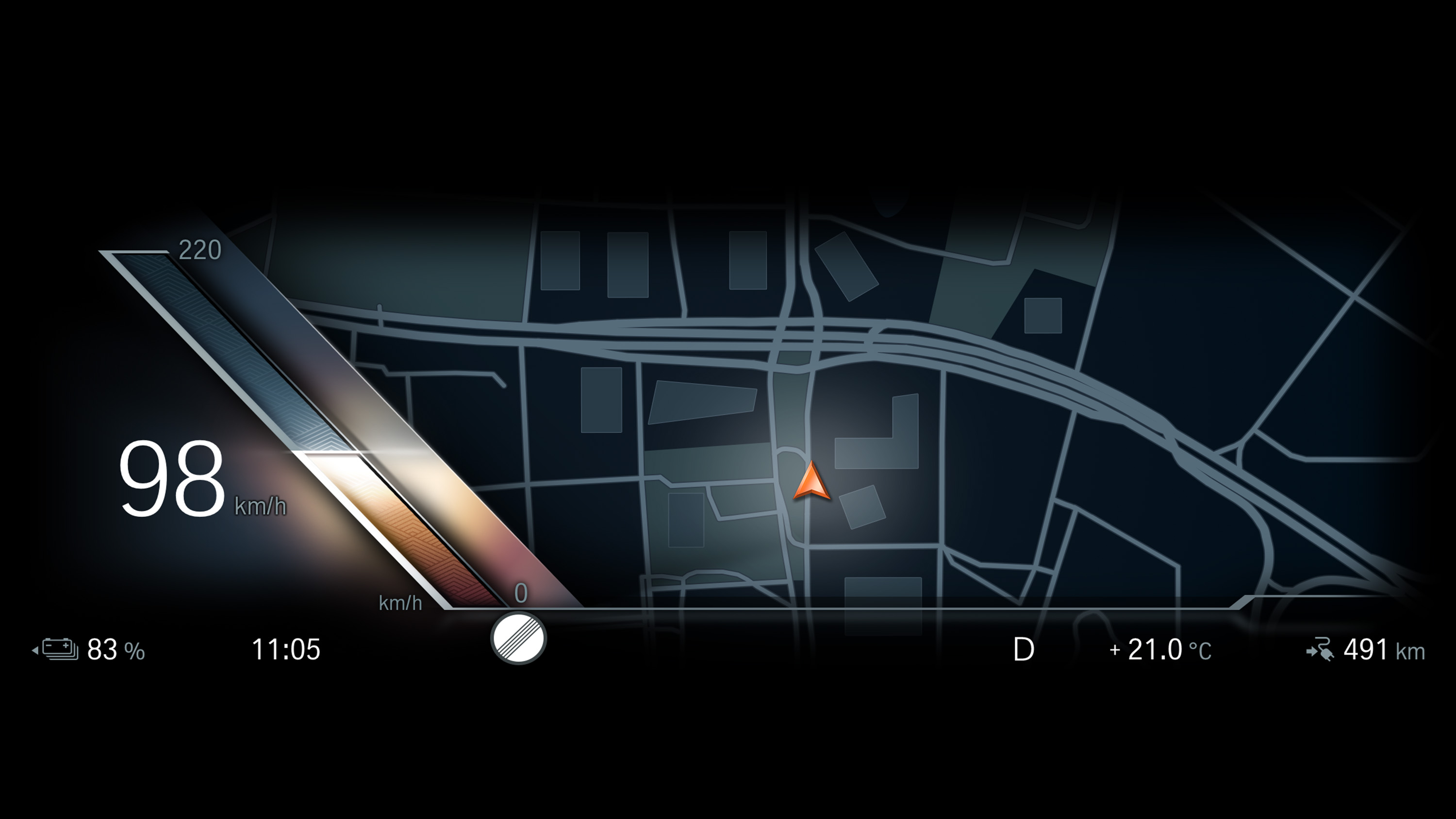 And talking about personalization, with the BMW ID, the company now offers a new system for saving those personalized settings on your smartphone and the new My BMW app.

With this update, BMW is also launching the next generation of its BMW Intelligent Personal Assistant, which made its debut at TechCrunch Disrupt a few years ago. Built on top of Microsoft’s Azure Cognitive Services, the improved in-car assistant will get better at interacting with drivers through a more natural dialog, but in addition to voice interactions, BMW is now also adding more visual components and integrating the assistant with its gesture recognition capabilities. We’ll have to see this in action to see how this works in practice. So far, BMW hasn’t shared a lot of details about these features. 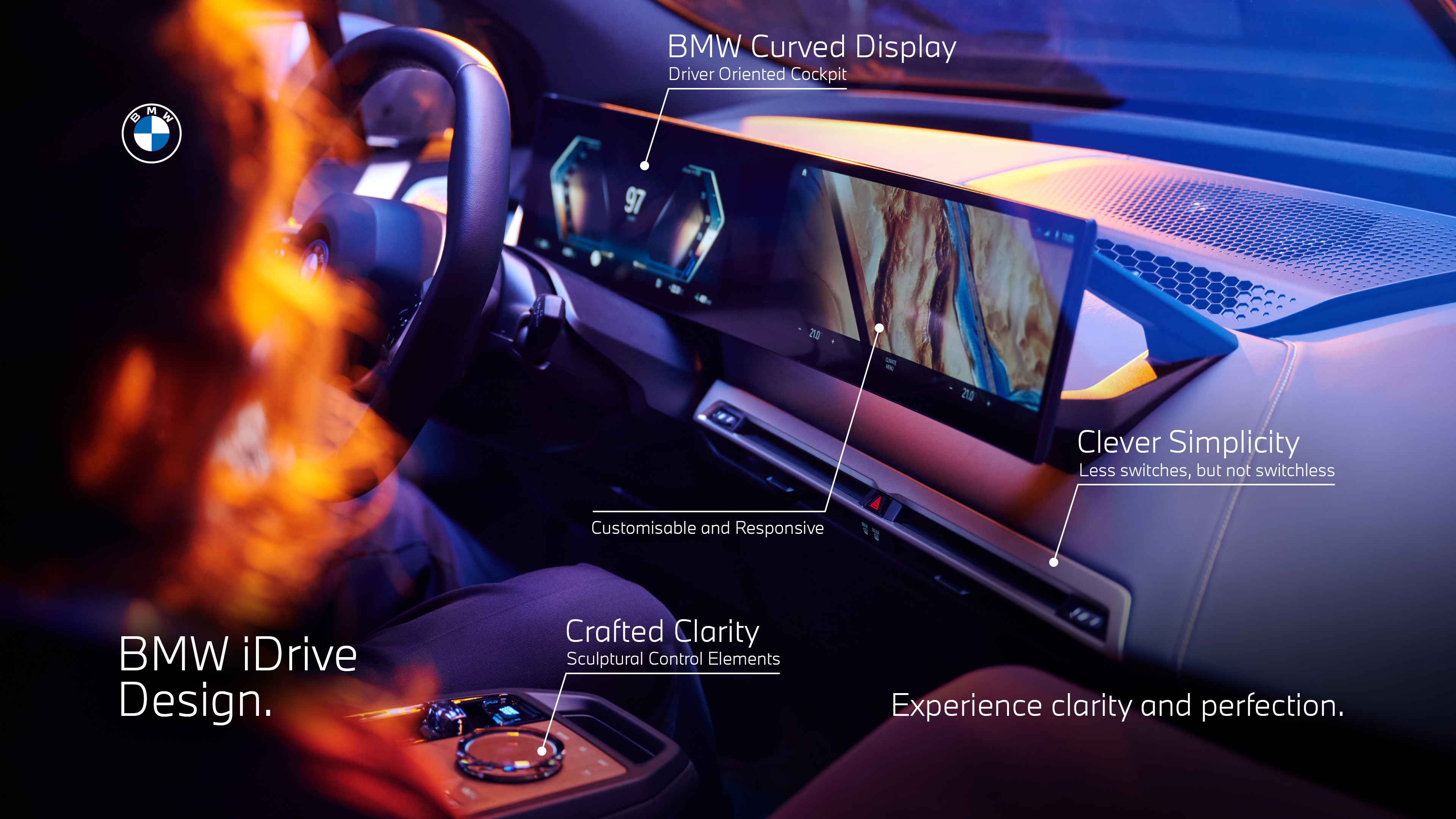 “In communication between people, a great deal of information is conveyed nonverbally,” the company explains. “The BMW Intelligent Personal Assistant has thus been upgraded with a greater focus on how it is presented visually. This new visualization approach features spheres of light in differing sizes and brightness levels, giving the assistant more space and new ways of expressing itself. This visual image also gives it a “face” with a clearly visible point of focus and identifiable states of activity.”

Like with the iDrive 7 system, this new operation system will also support remote software upgrades, either over the air thanks to the car’s built-in SIM card and cell connectivity (up to 5G for the iX) or through the My BMW app.

As for current cars with the iDrive 7, Weber noted that those cars will get some of the features from iDrive 8 that can be ported back to it — and iDrive 7 will continue to get updates as well. 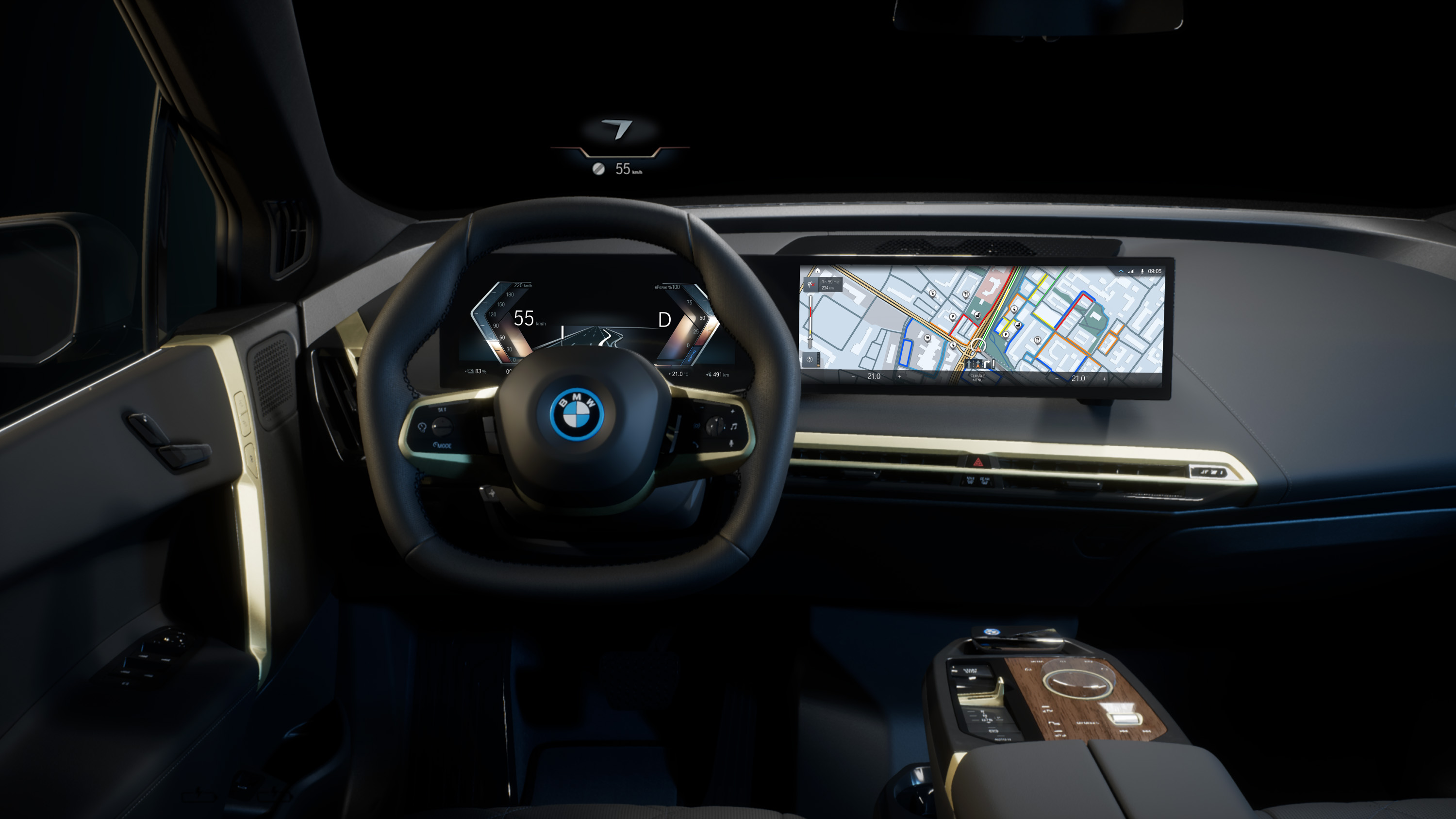 As a side note, Weber also addressed the current chip shortage that has led some car manufacturers to slow down production. He noted that since about Christmas, BMW is “fighting for every single production day” but hasn’t lost one yet. He wasn’t willing to make any forecasts, but noted that the company has started to develop alternative solutions on the engineering side. “So far, we are really able and capable of adjusting our pipeline, so that we didn’t have to stop any production at this point,” he said.

BMW launches a personal voice assistant for its cars