The traditional process of buying, insuring and financing cars across emerging markets can be challenging, and it defeats the purpose of building an all-around car shopping experience. Today, FlexClub, a South African company, has been provided with $5 million to improve drivers’ experience in these markets.

FlexClub was founded in 2019 by Marlon Gallardo, Rudolf Vavruch and Tinashe Ruzane. The company is an online marketplace that connects customers looking for flexible access to long-term cars with its partners, offering car subscriptions.

That same year, the company closed a $1.2 million seed round led by CRE Venture Capital. According to Ruzane, the company’s CEO, this $5 million (in equity and debt) is a seed extension round, bringing the total investment raised by FlexClub to over $6 million. The company says it will use the funding to improve its technology which protects and limit partners’ exposure to risk.

Across emerging markets in Africa, Latin America and Southeast Asia, most ride-hailing drivers don’t have access to car financing. Typically, they rent their cars via social media, classified sites, or connect with a car owner willing to rent. That was the model FlexClub launched in South Africa, and after raising $1.2 million, it expanded to Mexico.

Partnering with Uber in both countries and helping their community of drivers subscribe for cars, FlexClub claims to have garnered traction but wouldn’t divulge numbers. These customers, including those who use the cars for deliveries, are called commercial members by FlexClub. In December last year, the company decided to open up its product to another set of customers who are called private members.

In FlexClub’s marketplace, cars are subscribed for between a hybrid of short- and long-term lease. It means customers pay an all monthly inclusive fee, and at any time, they can cancel a subscription, switch cars or buy it.

But to buy a car from FlexClub, drivers are encouraged to drive safely and comply with FlexClub’s recommendations while using the car. Doing that earns them points that accumulate over time, making cars cheaper to buy if they choose to.

This, alongside the use of banking, credit bureau and identity data, lets FlexClub assess its members’ risk profile and reward them when need be. 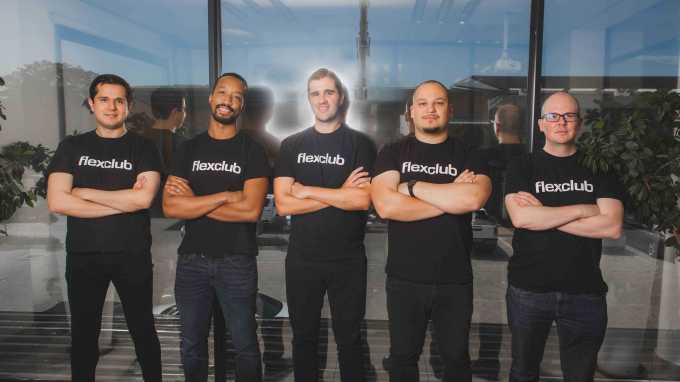 Ruzane says last year was challenging for the company because of what it meant for mobility. At the peak of the first wave of the pandemic, ride-hailing members had financial difficulties. Still, the company partnered with delivery platforms to allow ride-hailing drivers to use their cars to transport goods and packages.

During that period, FlexClub was also able to partner with large brands like U.S. car rental company Avis to offer car subscriptions on its marketplace. Aside from Avis, Ruzane says the company’s partners range from small fleet owners to multinational fleet operators.

The pandemic made it possible for FlexClub to think outside the box and enlist these partners on its platform. However, it didn’t come easy as FlexClub has had to earn trust by building credibility.

“One of the challenges we have faced was that we had to build a reputation to be trusted in the industry. It took us two years to get a brand like Avis to see the value in putting their subscription offers on FlexClub. But with that established, it’s now a lot easier for us to continue investing in driving this new distribution model.” 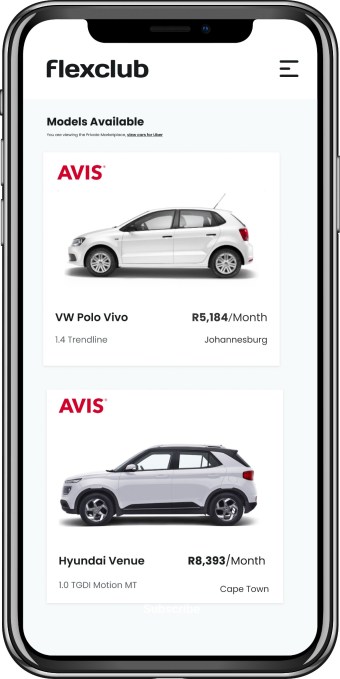 He likens the distribution model of the automotive industry to how the music industry was decades ago. Then, CDs dominated music revenue but has now given way to streaming.

“If you look at what the music industry looked like 10 years ago, over 50% of music revenue was CDs. Now over 80% is streaming. The industry successfully transitioned from product-led distribution to service-led distribution. I think that’s what we can expect in the automotive industry over the next decade,” Ruzane remarked. “We can be an ally to the automotive industry in driving that evolution because we’ve tested our product in a marketplace with the segment of the population that people thought wasn’t a good profile of customers to serve.”

FlexClub’s expansion to Mexico instead of other African countries continues a series of global expansion that has become common for South African companies.

Two factors decided the move for FlexClub, according to the CEO. First, the founders are from both countries — Marlon Gallardo is Mexican while Rudolf Vavruch and Tinashe Ruzane are South Africans. Next, both markets have a lot of similarities in terms of how the automotive industry works.

Kenya and Nigeria, on the other hand, have a different automotive value chain. Although there’s a growing manufacturing industry in both countries, it is still nascent as most vehicles are imported from countries like the U.S. and Japan.

That said, Tinashe says there’s an opportunity to take FlexClub to not only these regions but most emerging markets around the world. However, it is in no rush to do so.

FlexClub has been able to attract investors who are aligned with its mission of democratizing access to car financing and becoming a global mobility company.

Kindred Ventures, its lead investor, has backed mobility-first companies like Postmates, Uber and Virgin Hyperloop. Other VC investors include CRE Venture Capital and Endeavor. Angel investors like Matt Mullenweg, founder of WordPress; Federico Ranero, COO of KAVAK; Tariq Zaid, formerly of Shopify and Getaround; and Ron Pragides, formerly of Twitter and Salesforce, also took part in the round.