Aqua Security, a Boston- and Tel Aviv-based security startup that focuses squarely on securing cloud-native services, today announced that it has raised a $135 million Series E funding round at a $1 billion valuation. The round was led by ION Crossover Partners. Existing investors M12 Ventures, Lightspeed Venture Partners, Insight Partners, TLV Partners, Greenspring Associates and Acrew Capital also participated. In total, Aqua Security has now raised $265 million since it was founded in 2015.

The company was one of the earliest to focus on securing container deployments. And while many of its competitors were acquired over the years, Aqua remains independent and is now likely on a path to an IPO. When it launched, the industry focus was still very much on Docker and Docker containers. To the detriment of Docker, that quickly shifted to Kubernetes, which is now the de facto standard. But enterprises are also now looking at serverless and other new technologies on top of this new stack. 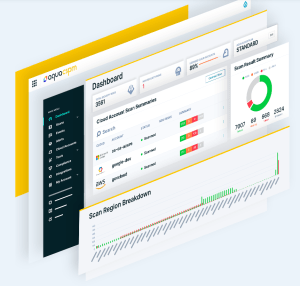 What set Aqua apart, Dror argues, is that it managed to 1) become the best solution for container security and 2) realized that to succeed in the long run, it had to become a platform that would secure the entire cloud-native environment. About two years ago, the company made this switch from a product to a platform, as Davidoff describes it.

“There was a spree of acquisitions by CheckPoint and Palo Alto [Networks] and Trend [Micro],” Davidoff said. “They all started to acquire pieces and tried to build a more complete offering. The big advantage for Aqua was that we had everything natively built on one platform. […] Five years later, everyone is talking about cloud-native security. No one says ‘container security’ or ‘serverless security’ anymore. And Aqua is practically the broadest cloud-native security [platform].”

One interesting aspect of Aqua’s strategy is that it continues to bet on open source, too. Trivy, its open-source vulnerability scanner, is the default scanner for GitLab’s Harbor Registry and the CNCF’s Artifact Hub, for example.

“We are probably the best security open-source player there is because not only do we secure from vulnerable open source, we are also very active in the open-source community,” Davidoff said (with maybe a bit of hyperbole). “We provide tools to the community that are open source. To keep evolving, we have a whole open-source team. It’s part of the philosophy here that we want to be part of the community and it really helps us to understand it better and provide the right tools.”

In 2020, Aqua, which mostly focuses on mid-size and larger companies, doubled the number of paying customers and it now has more than half a dozen customers with an ARR of over $1 million each.

Davidoff tells me the company wasn’t actively looking for new funding. Its last funding round came together only a year ago, after all. But the team decided that it wanted to be able to double down on its current strategy and raise sooner than originally planned. ION had been interested in working with Aqua for a while, Davidoff told me, and while the company received other offers, the team decided to go ahead with ION as the lead investor (with all of Aqua’s existing investors also participating in this round).

“We want to grow from a product perspective, we want to grow from a go-to-market [perspective] and expand our geographical coverage — and we also want to be a little more acquisitive. That’s another direction we’re looking at because now we have the platform that allows us to do that. […] I feel we can take the company to great heights. That’s the plan. The market opportunity allows us to dream big.”