It was only a matter of time before someone married the nascent nootropic supplements for brain health to the snack bar craze that continues to attract dollars and exits.

That time is apparently now, as Rob Dyrdek, the MTV-famous celebrity, pro-skater and entrepreneur, and Chris Bernard announce a new investment in the company they co-founded, Mindright, alongside celebrity investors including Joe Jonas, Travis Barker and The Profit’s Marcus Lemonis.

“When we started down the path of condition-specific food and beverage… we started doing a lot of research into the nootropics and adaptogens space,” said co-founder Bernard. Working with a food scientist who did not want to be named (which isn’t sketchy at all), Dyrdek and Bernard were introduced to several companies producing ashwagandha, which the two had settled on as the new key ingredient in their snack bars.

Along with ginseng and cordyceps mushrooms, the company has a trifecta of new (and old) supplements that have taken the nutraceutical world by storm.

Bernard had initially approached the Dyrdek Machine group about another product, but the company was too far along and not something that Dyrdek felt passionate about backing. The story changed when Bernard returned with plans for this nootropic nosh.

“[Bernard] brought back the concept of the path of what’s evolved from functional foods and probiotics and collagen and sort of the mental health and adaptogen and the supplement world and said here’s how to merge these,” Dyrdek said of Bernard’s second pitch. “It was a home-run for us. Our process is supporting a solopreneur where we help shape and build the company together and provide the outsourced resources. We fund the development of the idea to go to the capital markets.”

So far, Dyrdek and his team have made 15 investments in consumer and entertainment businesses, and five of those business have since been acquired.

Most deals from Dyrdek Machine follow a similar trajectory. The firm becomes a co-founder and shares common stock and then negotiate a preferred equity investment for the capital infusion. Typically those deals range from $250,000 to $500,000.

“We co-found it and we share that common share class and our first money is preferred and pick a valuation that balances out the deal,” Dyrdek said. “How much equity do we want to develop it with you is what we negotiate with that initial capital.” 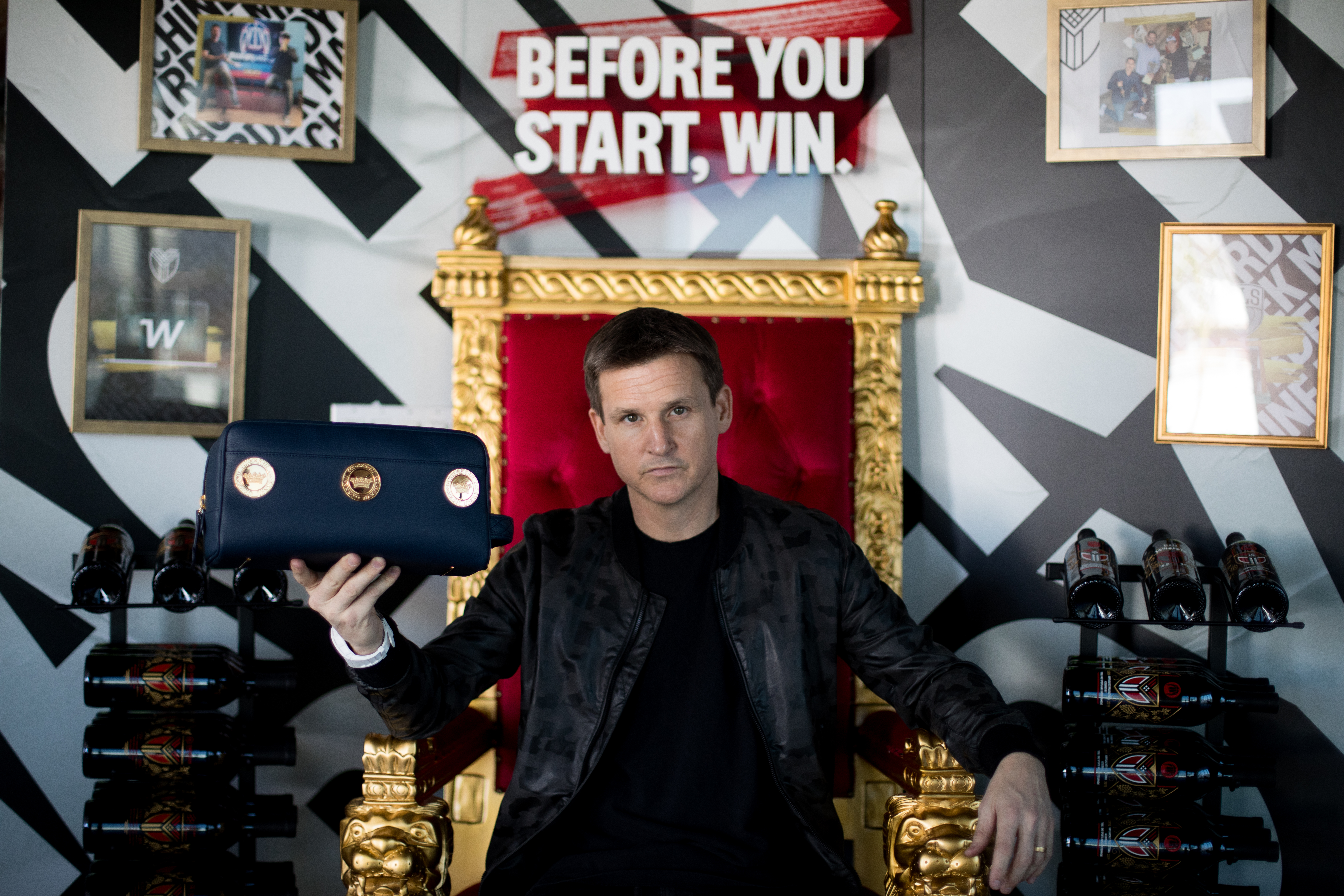 Dyrdek describes his investment firm as founder-driven and market agnostic. “We want a well-rounded, multi-dimensional founder and then we look at the market and how do we evolve it into something that has a larger, broader appeal,” Dyrdek said. “Rather than chasing down nootropics, we found that ‘good mood’ was the important thing to the consumer base. That’s why we drove ‘Good mood superfood.’ ”

Bernard’s faith in Dyrdek’s ability to move the business forward has been proven in the evolution of other companies in the firm’s portfolio. Dyrdek pointed to Outstanding Foods, another investment, which he said had recently closed a $10 million round at a $100 million valuation. Another startup in the portfolio, Momentous, a supplement manufacturer, also closed on a big round recently after raising $5 million in 2019, Dyrdek said.

For Mindright, Dyrdek’s involvement brought in other celebrity names once they tried the product. The company counts Joe Jonas and Travis Barker among its seed investors.

“They were excited to get involved in this because they believed in what we took the time to create,” Bernard said.