Amazon said on Monday it has expanded its food delivery service, called Amazon Food, across 62 zip codes in Bangalore in what is the first public update since entering the new category in India last May.

At the time of the launch in May last year, Amazon Food was available in just four zip codes in Bangalore.

Even as Amazon Food remains limited to one key market in India, the company is aggressively trying to undercut the competition — heavily funded startups Zomato and Swiggy — in the city.

Food delivery is free to Prime members, while others have to pay a fee of 19 Indian rupees (26 cents) — cheaper than fees levied by Swiggy and Zomato.

The company, which has committed to investing $6.5 billion in its India operations, said it has amassed 2,500 restaurants and cloud kitchens in Bangalore — also referred as Bengaluru. Amazon Food customers can enjoy “offers” from these restaurants as well as cash back from Amazon, the company said. 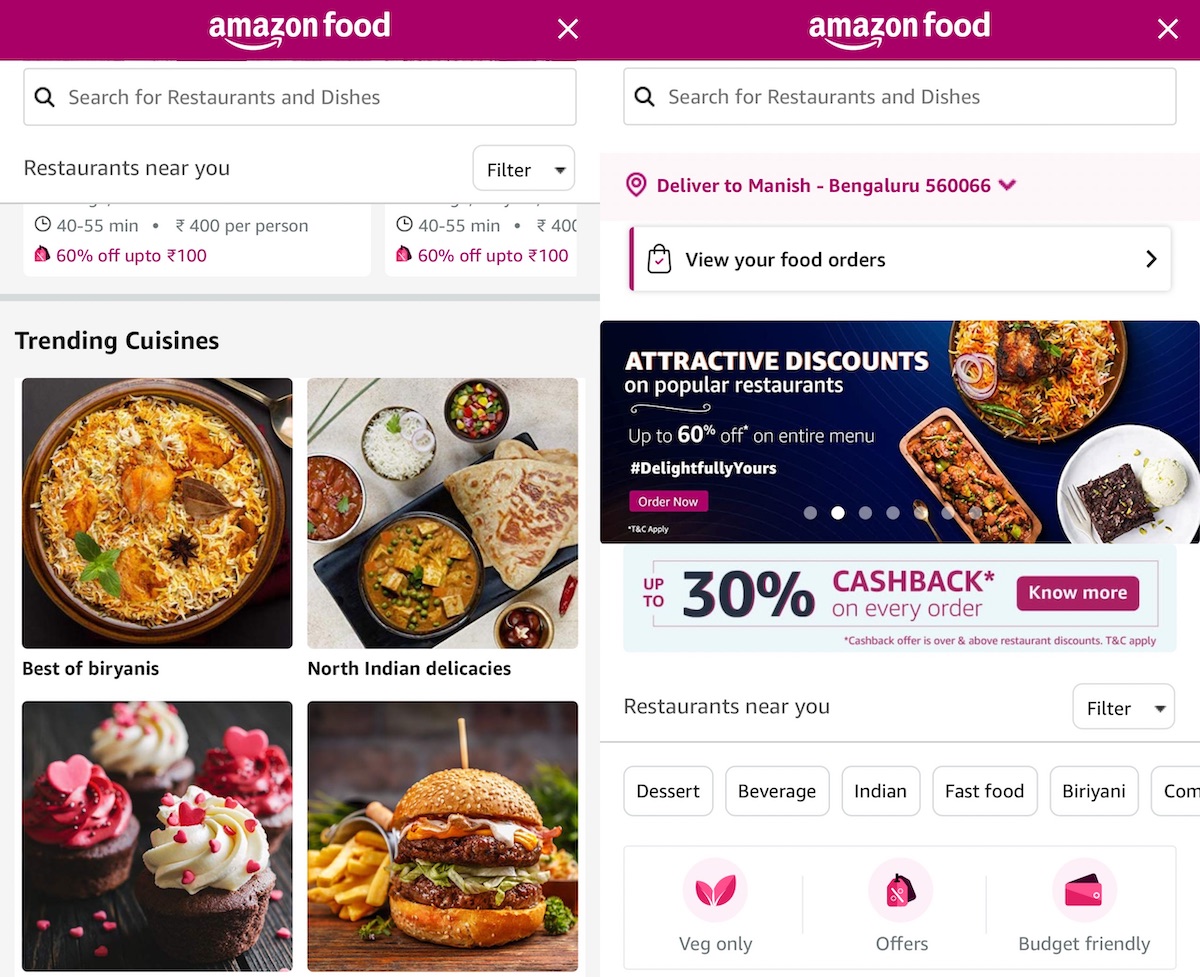 It, however, did not share why it has been uncharacteristically so slow with the expansion of Amazon Food in the country.

(Well, I mean, there is a global pandemic — but Amazon also makes a number of what its employees say are “one-way door” and “two-way door” bets. Two-way door bets are those that the company has not fully committed to and is just attempting to test the waters before making a concrete decision. Think of Amazon Prime as a one-way door bet. So it’s not clear from day 1 how committed Amazon is to any new service.)

“With the expansion of Amazon Food in Bengaluru, we continue in our endeavor to offer unmatched convenience and value while being a part of their everyday lives. Amazon Food brings some of the city’s top restaurants including national outlets and as well as local favorites which are popular and follow strict delivery and safety protocols,” said Sameer Khetarpal, director of Category Management at Amazon India, in a statement.

Ant Financial-backed Zomato and Prosus Ventures-backed Swiggy have established duopoly in the food delivery market in India, with analysts at Bank of America estimating their combined market share to be over 90%. (Uber exited the Indian food delivery market early last year after selling its local food business to Zomato.)

The expansion of Amazon Food also comes at a time when Zomato, which according to analysts leads the market, is preparing to file for an IPO.

India’s food delivery market is especially tough to crack because of local conditions. Unlike in the developed markets such as the U.S., where the value of each delivery item is about $33, in India, a similar item carries the price tag of $4, according to research firms. Both Zomato and Swiggy have significantly improved their unit economics in the past year.