On the 25th of January, Techstars Seattle announced its 12th class, featuring 10 startups from different parts of the world. The accelerator, which has accepted only a handful of African startups, included one from Zimbabwe in this class.

AfriBlocks is a global pan-African marketplace of vetted African freelance professionals. The startup was founded by Tongayi Choto and Roger Roman in July 2020 and has offices in Harare and Los Angeles.

The company is trying to address the high unemployment rate that plagues many African countries by making it easier for people to find work. Quite a number of international and local freelance websites exist to meet these needs. Still, according to CEO Choto, most of them offer too many options with no adequate vetting process.

“It can be very hard to find African freelancers. If a customer is lucky enough to get past those hurdles and find a freelancer to work with, they often don’t have the proper collaboration tools to complete the project in a precise and timely manner,” he told TechCrunch.

In a global freelance market worth more than $800 billion, AfriBlocks says it is doing this different by equipping African freelancers with intuitive collaboration tools and a secure payment system that makes it easy to get remote contract projects completed.

When a job is posted on its platform, the company claims that they save the customer the trouble of perusing thousands of freelancers profiles and portfolios. Instead, they use automation tools to match three freelancers who fit the user’s qualifications.

Also, AfriBlocks assigns to the selected freelancer a project manager who manages the project through completion. Once the job is complete, AfriBlocks collects a transaction fee, and the payment is released from escrow. This ensures that expectations are clear and deadlines are met for freelancers and customers.

In addition, Choto says the company offers community and development resources that help them upskill and remain competitive in the global marketplace. This is currently being done by leveraging the programs of African nonprofit, Ingressive for Good. The partnership has given members of the AfriBlocks community access to tech and data courses on Coursera and Datacamp for free. 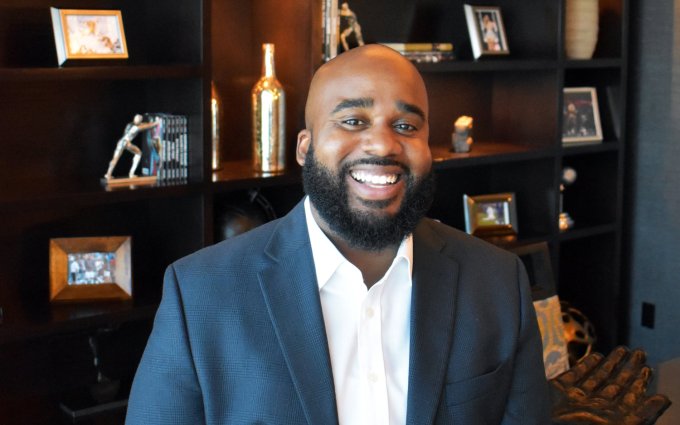 As peculiar to most African startups, funding has been hard to come by for the team. Bootstrapping seemed like the only course of action to take, and it seems to have taken them far. In less than a year, the company has onboarded more than 2,000 freelancers and more than 400 buyers. It has also completed up to 250 jobs generating over $60,000 in revenue. This progress has attracted the likes of Techstars and Google to provide them with funding and networking.

“We’ve encountered the problems that many Black founders face, such as scarce fundraising sources. However, organizations like Techstars Seattle, Transparent Collective and Google for Startups have helped us by providing mentorship, networking opportunities and investor demo days showcases,” Roman said.

Before AfriBlocks, Choto, who grew up in Zimbabwe, served as a product manager at BillMari, a pan-African remittance service leveraging bitcoin technology. For Roger, whose upbringing was on the west side of Chicago, he doubles as an active angel investor and a VC scout.

It is predicted that freelancers will account for as much as 80% of the entire workforce worldwide by 2030. Freelance work has become a viable source of employment and has shifted from being a vocation people engage in to supplement their income to being a full-time source of jobs for Africans.

The long-term goal for AfriBlocks is to build the tech infrastructure for the future of work in Africa. According to the company, participating in Techstars is the right path to that destination.

“In anticipation of the impending global human talent shortage that could result in 85 million jobs being unfilled and the loss of $85 trillion annually, our long-term goal is to make Africa the global hub for technical and creative freelancers by providing the rails for companies to work in Africa and with remote African talent,” Choto said.