In addition, the Edge team also announced a few under-the-hood changes that will allow the browser to startup significantly faster (up to 41% faster according to Microsoft’s preliminary tests, to be precise). Since Microsoft can’t speed up your hard drive or significantly shrink Edge, though, the way the team achieves this is by loading the browser in the background when you sign in and then it’ll continue running when you close all browser windows. If that’s not to your liking, you can always turn this feature off.

While vertical tabs are available for you to play with now, though, the startup improvements will roll out over the course of this month. 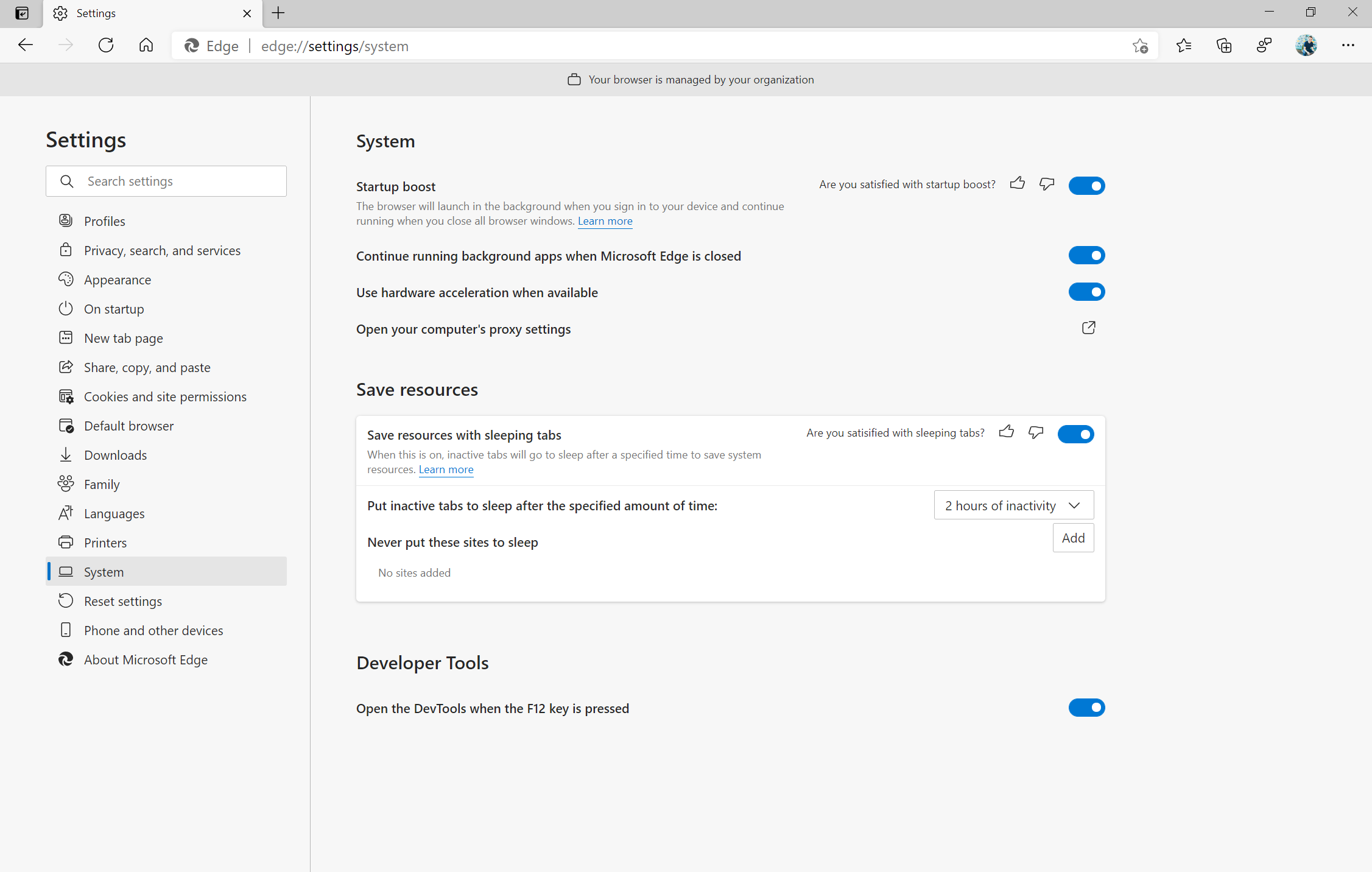 Vertical tabs, of course, are nothing new. Other browsers have long supported them, either as a built-in feature or through extensions. But it’s nice to see them finally becoming a reality in Edge, too.

“Most websites follow a conventional grid that leaves plenty of whitespace on either end of the page,” Microsoft’s Michele McDanel writes in today’s announcement. “As we began working with our users, we realized that this vertical real estate could be a better location for tabs, rather than the traditional horizontal list of tabs at the top. While vertical tabs may not be an entirely new concept, we saw an opportunity to improve the browser experience and tested several prototypes with our users.”

In its research, Microsoft discovered that users who like vertical tabs also like to switch between them and standard horizontal tabs, so it added an always-visible toggle to do so. And since users sometimes want to reclaim all of their screen estate, the team added the ability to collapse the sidebar, too.

For those of you who use Bing, Microsoft is also adding a few nifty new features to its search engine. There’s a new recipe view for when you’re once again out of ideas for what to make for dinner, improved visual search results and the company has spruced up some of its rich sidebar snippets with a more infographic-like feel. But let’s face it: you’re not using Bing. If perchance you do, you can find more details about the updates here.