Presight Capital has closed its $350 million second fund only a year and a half after it announced an $80 million first fund. In fact, General Partner Christian Angermayer told me that the fund was raised in just a few weeks, and that it shot past the initial goal of $250 million.

Presight is the international venture arm of Angermayer’s family office Apeiron Investment Group, which has more than $2.5 billion under management. When I spoke to him about Presight’s first fund, he emphasized the firm’s ability to help U.S. startups expand into Europe, particularly with navigating the regulatory landscape.

Angermayer told me the strategy remains the same for the second fund, and he pointed to a couple other key elements to the Presight approach. For one thing, there’s the firm’s co-investing approach: “Sometimes we’re co-leading [the round], but there’s always a partner we work with.” And although Presight has a relatively small investment team — besides Angermayer, there’s General Partner Fabian Hansen and Principal Philipp Schreiber — portfolio companies also have access to the larger Apeiron team (20 full-time employees) and network.

Hansen said Presight remains sector agnostic in its investments, with a particular interest in biotech and deep tech. It’s already had some big successes in these fields, with an early investment in AI-powered drug discovery platform AbCellera leading to an IPO and Compass Pathways (a company that has patented a synthetic version of psilocybin to treat depression) also going public. 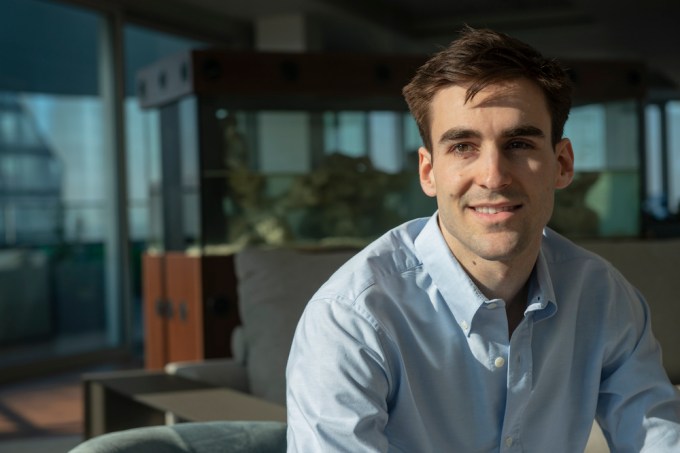 In a LinkedIn post published last fall, Angermayer argued that biotech will be the biggest sector over the next 10 to 20 years, and that the key metric in this field is quality-adjusted life years — the idea being that a year of life at perfect health is worth 1 QALY, death is zero, while life without perfect health is somewhere in between (or could even have a value below zero).

“And here’s the real conclusion: The big winners – besides everyone benefitting from these advances – will be the companies who are PRODUCING QALYs: biotech companies,” Angermayer wrote. And he is open about the fact that he has a personal motive in this: “Put simply, I want to live forever! And in perfect health! And it is my sincere belief that we will achieve the means to do this within the next 20-30 years.”

Hansen added that there’s a “whole generation” of executives at biotech firms who are launching new startups as they realize, “I can start my own company, it’s not that expensive to try out new things, I can raise a venture round.”