Microsoft today announced Power Fx, a new low-code language that takes its cues from Excel formulas. Power Fx will become the standard for writing logic customization across Microsoft’s own low-code Power Platform, but since the company is open-sourcing the language, Microsoft also hopes that others will implement it as well and that it will become the de facto standard for these kinds of use cases.

Since Power Platform itself targets business users more so than professional developers, it feels like a smart move to leverage their existing knowledge of Excel and their familiarity with Excel formulas to get started.

“We have this long history of programming languages and something really interesting happened over the last 15 years, which is programming languages became free, they became open source and they became community-driven,” Charles Lamanna, the CVP of Power Platform engineering at Microsoft, told me. He noted that even internal languages like C#, TypeScript or Google’s Go are good examples for this.

Microsoft says the language was developed by a team led by Vijay Mital, Robin Abraham, Shon Katzenberger and Darryl Rubin. Beyond Excel, the team also took inspiration from tools and languages like Pascal, Mathematica and Miranda, a functional programming language developed in the 1980s.

Microsoft plans to bring Power Fx to all of its low-code platforms, but given the focus on community, it’ll start making appearances in Power Automate, Power Virtual Agents and elsewhere soon. 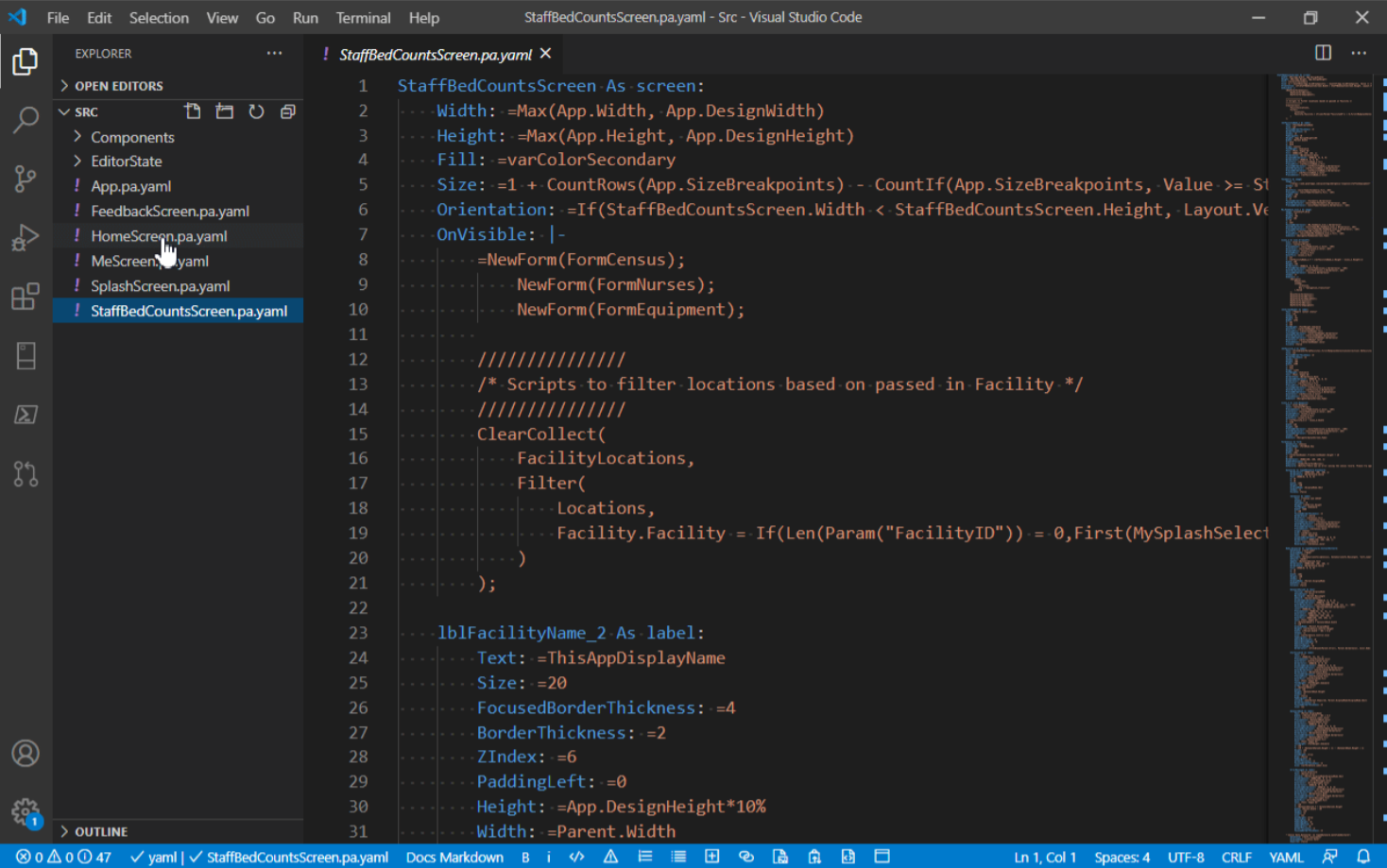 But the team clearly hopes that others will adopt it as well. Low-code developers will see it pop up in the formula bars of products like Power Apps Studio, but more sophisticated users will also be able to use it to go to Visual Studio Code and build more complex applications with it.

As the team noted, it focused on not just making the language Excel-like but also having it behave like Excel — or like a REPL, for you high-code programmers out there. That means formulas are declarative and instantly recalculate as developers update their code.

Most low-code/no-code tools these days offer an escape hatch to allow users to either extend their apps with more sophisticated code or have their tool export the entire code base. Because at the end of the day, you can only take these tools so far. By default, they are built to support a wide range of scenarios, but since every company has its own way of doing things, they can’t cover every use case.

“We imagine that probably the majority of developers — and I say ‘developers’ as business users to coders that use Power Platform — will ultimately drop into writing these formulas in some form. The idea is that on that first day that you get started with Power Platform, we’re not going to write any formulas, right? […] It’s a macro recorder, it’s templates. Same thing for Power Apps: it’s pure visual, drag and drop, you don’t write a single formula. But what’s great about Power Platform, in week number two, when you’re using this thing, you learn a little bit more sophistication. You start to use a little bit more of the advanced capabilities. And before you know it, you actually have professionals who are Power Platform or low-code developers because they’re able to go down that spectrum of capability.”