Robotics took a small step into the wild world of SPACs this week, as Berkshire Grey announced its plan to go public by Q2. Setting aside some of the bigger issues with using the reverse merger route we’ve discussed plenty, BG is an ideal candidate for this next major step for a number of reasons.

First, the company’s got a track record and a ton of interest. I visited their HQ early last year, before the country shut down. Their plans were already fairly aggressive, with the wind of a recently raised $263 million Series B at their back. Retailers everywhere are already looking to automation as a way of staying competitive with the ominous monolith that is Amazon.

The mega-retailer has already acquired and deployed a ton of robots in fulfillment centers across the world. The latest number I’ve seen is 200,000. That comes from early 2020, so the number has no doubt increased since then. As Locus Robotics CEO Rick Faulk told me the other week, “There are investors that want to invest in helping everyone that’s not named ‘Amazon’ compete.” As with so many things these days, it’s Amazon versus the world. 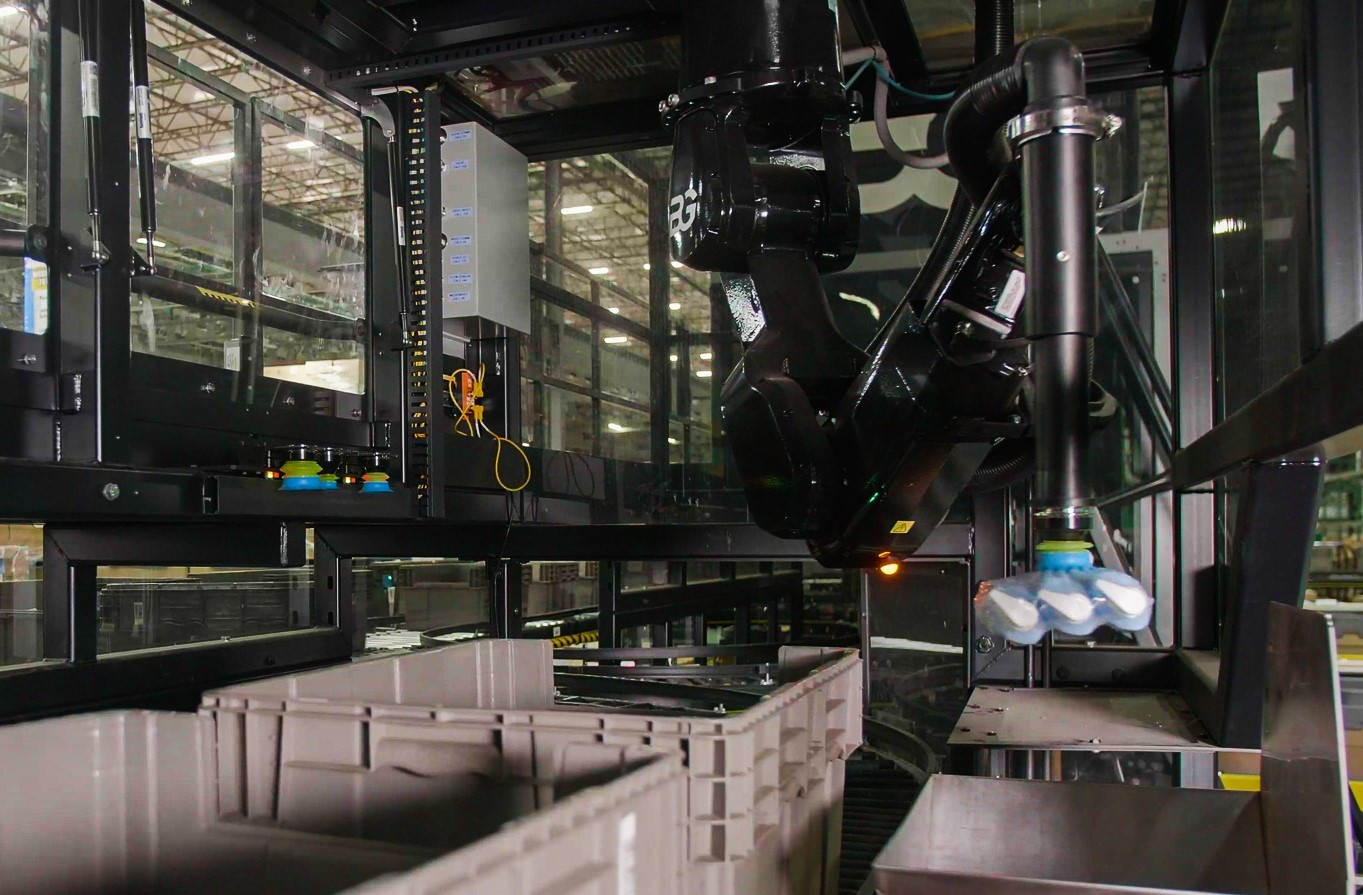 Beyond its knack for raising money by the boatload, Berkshire Grey is the company you go to when you’re looking to automate a factory from the ground, up. The company says current warehouse automation is somewhere in the neighborhood of 5%. It’s a figure I’ve seen tossed around before, and certainly points to a ton of opportunity. BG’s offering isn’t lights-out automation, but it’s a pretty full-feature solution.

Locus, which just raised a healthy $150M Series E, represents a different end of the spectrum. Similar to offerings from companies like Fetch, it offers a more plug-and-play approach to automation. The lowered barrier of entry means a far less costly on-ramp. It also means you don’t have to shut down your warehouses for an extended period to implement the tech. It’s a more workable solution for situations with contract-based clients or temporary seasonal needs.

The company uses a RaaS (robot-as-a-service) model to deploy its technology. That’s something you’re going to be hearing more and more of around the industry. Like the HaaS (the “h” being hardware) model, the company essentially rents out these super-pricey machines, rather than selling them outright. It’s another way to lower the barrier of entry, and it gives the robotics companies the opportunity to offer continuous service upgrades. 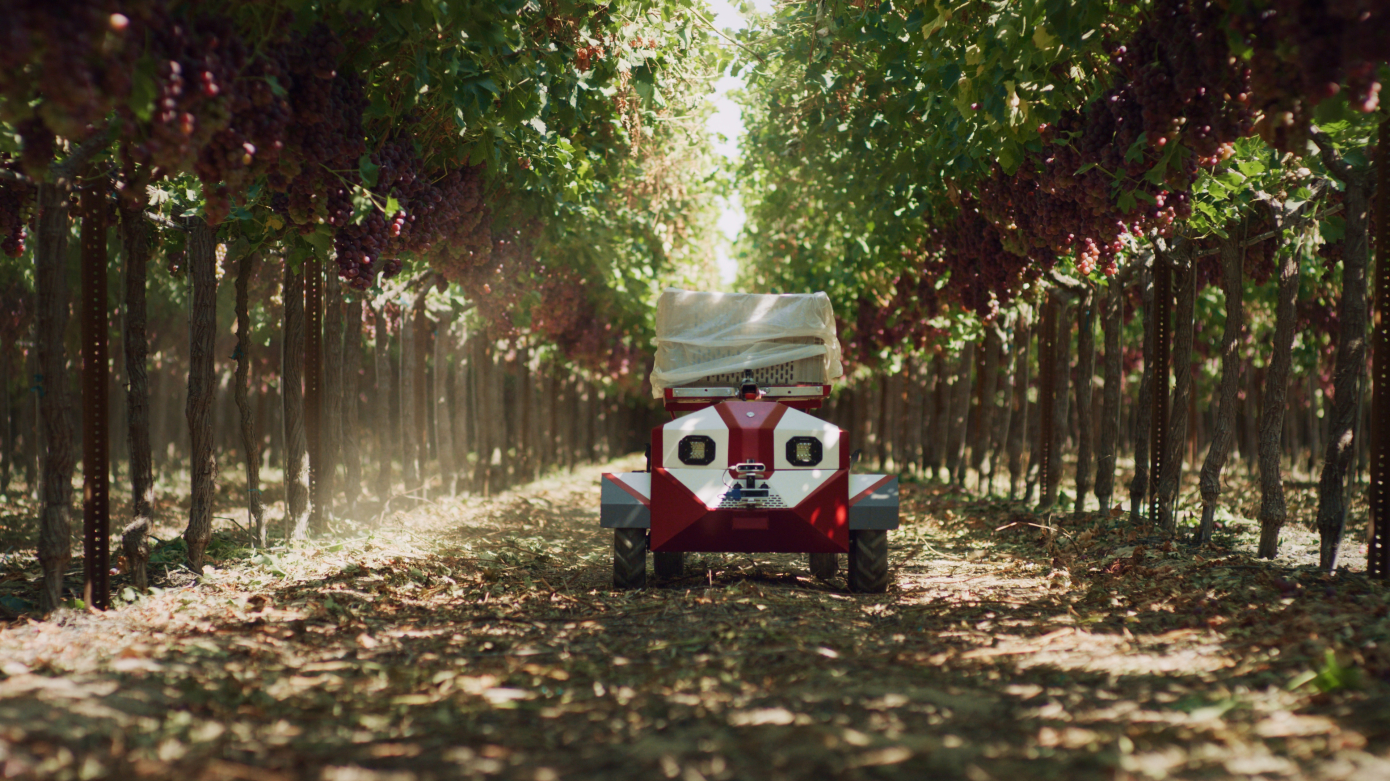 It’s a model Future Acres, a Southern Californian agtech startup, is exploring as it comes out of stealth. Things are still early days for the company, which spun out of Wavemaker Partners (which also developed food service robotics company Miso). Among other things, the company is looking toward a crowdfunded raise by way of SeedInvest. I’ve not seen a lot of robotics companies take that route, so it will be interesting to see how that plays out.

Like logistics, agtech is shaping up to be a pretty massive category for robotics investments. FarmWise was ahead of that curve, announcing a $14.5 million round back in 2019 (bringing its total to north of $20 million). This week the Bay Area startup added crop dusting functionality to its weed-pulling robot.

NASA’s Perseverance understandably grabbed the biggest robotics headlines of the week. Landing with a parachute sporting the JPL motto, “Dare mighty things,” the rover sent back some of the best and most stunning images of Mars to date.

MSCHF’s livestream, on the other hand, was a bit more spotty. But aside from a fair number of interruptions with the feed, I suspect the company’s 40th drop went about as well as it could have hoped. Prior to announcing that it would mount a remote-control paintball gun to the back of Spot, Boston Dynamics issued a statement condemning the move:

Our mission is to create and deliver surprisingly capable robots that inspire, delight & positively impact society. We take great care to make sure our customers intend to use our robots for legal uses. We cross-check every purchase request against the U.S. Government’s denied persons and entities lists, prior to authorizing a sale.

MSCHF seemed to bask in the attention, even before its name was revealed to the public. At the very least, the stunt was a success from the standpoint of having ignited a conversation about the future of robotics. Boston Dynamics intrinsically understands that its robots sometimes freak people out — it’s a big part of the reason we get viral videos from the company, like the recent one featuring various robots dancing to The Contours.

Among other things, the company is pushing back against the dystopian optics of shows like Black Mirror. Of course, a paintball gun isn’t a weapon, per say. But for the moment, optics are also important. A rep from the company told me, “I turned down a customer that wanted to use Spot for a haunted house. Even putting it in that context of using our technology to scare people was not within our terms of use and not how we imagined the product being beneficial for people, and so we declined that initial sale.”

The ACLU notably raised concern last year after footage from one of our events featuring Spot being used in the field by the Massachusetts police made the rounds. This week, the NYPD deployed a Spot robot yet again — this time at the scene of a home invasion in the Bronx (not to mention a new paint job and the name “Digidog” for some reason). Your own interpretation of those particular optics will likely depend on, among other things, your feelings about cops.

Certainly police departments have utilized robotics for decades for bomb disposal. It’s true that Boston Dynamics (along with much of the robotics industry) got early funding from DARPA. Spot in its current form isn’t much as far as war machines go, but I think these are important conversations to have at this stage in robotic evolution. Certainly there are military drones in the world, and have been for more than a decade.

That’s an important ethical conversation. As is the responsibility of robotics manufacturers once their machines are out in the world. Boston Dynamics does due diligence when selling its robots, but does it continue to be responsible for them once it no longer owns them? That’s certainly not a question we’re going to answer this week.