YouTube announced this morning it will soon introduce a new experience designed for teens and tweens who are now too old for the schoolager-focused YouTube Kids app, but who may not be ready to explore all of YouTube. The company says it’s preparing to launch a beta test of new features that will give parents the ability to grant kids more limited access to YouTube through a “supervised” Google Account. This setup will restrict what tweens and teens can watch on the platform, as well as what they can do — like create videos or leave comments, for example.

Many parents may have already set up a supervised Google Account for their child through Google’s Family Link parental control app. This app allows parents to restrict access across a range of products and services, control screen time, filter websites and more. Other parents may have created a supervised Google Account for their child when they first set up the child’s account on a new Android device or Chromebook.

If not, parents can take a few minutes to create the child’s supervised account when they’re ready to begin testing the new features. (Unfortunately, Google Edu accounts — like those kids now use for online school — aren’t supported at launch.)

The new features will allow parents to select between three different levels of YouTube access for their tween or teen. Initially, YouTube will test the features with parents with children under the age of consent for online services — age 13 in the U.S., but different in other countries — before expanding to older groups. 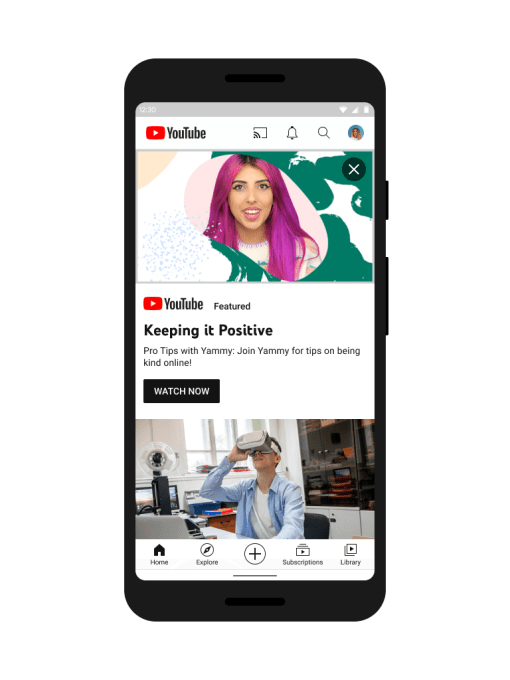 For tweens who have more recently graduated out of the YouTube Kids app, an “Explore” mode will allow them to view a broad range of videos generally suited for viewers age 9 and up — including vlogs, tutorials, gaming videos, music clips, news and educational content. This would allow the kids to watch things like their favorite gaming streamer with kid-friendly content, but would prevent them (in theory) from finding their way over to more sensitive content.

The next step up is an “Explore More” mode, where videos are generally suitable for kids 13 and up — like a PG-13 version of YouTube. This expands the set of videos kids can access and allows them access to live streams in the same categories as “Explore.”

For older teens, there is the “Most of YouTube” mode, which includes almost all YouTube videos except those that include age-restricted content that isn’t appropriate for viewers under 18. 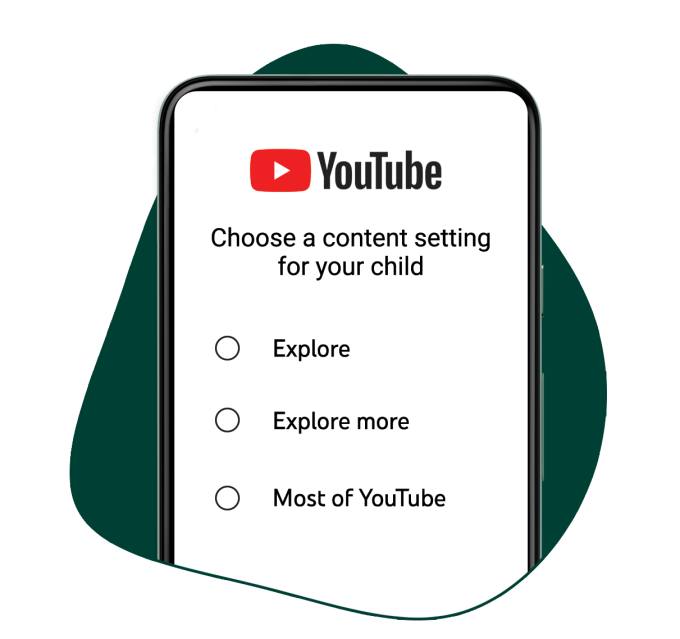 YouTube says it will use a combination of user input, machine learning and human review to curate which videos are included in each of the three different content settings.

Of course, much like YouTube Kids, that means this will not be a perfect system — it’s a heavily machine-automated attempt at curation where users will still have to flag videos that were improperly filtered. In other words, helicopter parents who closely supervise their child’s access to internet content will probably still want to use some other system — like a third-party parental control solution, perhaps — to lock down YouTube further.

Parents will be able to manage the child’s watch and search history from within the child’s account settings. And certain features on YouTube will be disabled, depending on the level of access the child has.

For example, YouTube will disable in-app purchases, video creation and commenting features at launch. The company says that, over time, it wants to work with parents to add some of these features back through some sort of parent-controlled approach.

Also key is that personalized ads won’t be served on supervised experiences, even if that content isn’t designated as “made for kids” — which would normally allow for personalized ads to run. Instead, all ads will be contextual, as they are on YouTube Kids. In addition, all ads will have to comply with kids advertising policies, YouTube’s general ad policies, and will be subject to the same category and ad content restrictions as on Made for Kids content.

That said, when parents establish the supervised account for their child, they’ll be providing consent for COPPA compliance — the U.S. children’s privacy law that requires parents to be notified and agree to the collection and use personal data from the kids’ account. So there’s a trade-off here.

However, the new experience may still make sense for families where kids have outgrown apps designed for younger children — or even in some cases, for younger kids who covet their big brother or sister’s version of “real YouTube.” Plus, at some point, forcing an older child to use the “Kids” app makes them feel like they’re behind their peers, too. And since not all parents use the YouTube Kids app or parental controls, there’s always the complaint that “everyone else has it, so why can’t I?” (It never ends.) 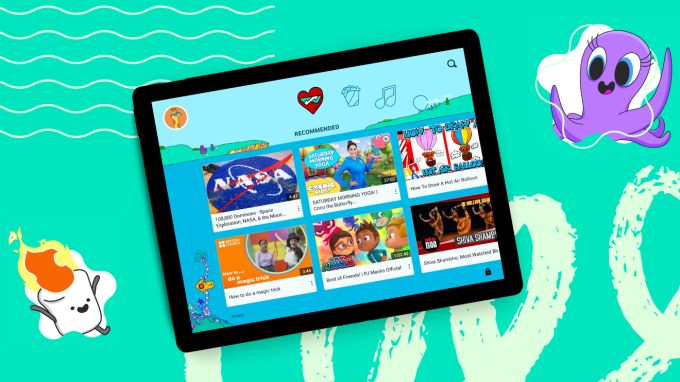 The company in April 2020 launched a “family pairing” mode that lets a parent link their child’s account to their own in order to also lock down what the child can do and what content they can see. (TikTok offers a curated experience for the under-13 crowd called Restricted Mode, which can be switched on here, too.) And in January of this year, TikTok changed the privacy setting defaults for users under 18 to more proactively restrict what they do on the app.

YouTube says its new product will launch in beta in the “coming months” in more than 80 countries worldwide. It also notes that it will continue to invest in YouTube Kids for parents with younger children.