David Baga is going to be getting a new paycheck, which is fitting, all things considered.

Even, an “on-demand pay” startup that ‘evens’ out paychecks for workers to give them financial stability and flexibility, will announce later this morning that Baga is joining the company as its new CEO, effective March 1, replacing co-founder and current CEO Jon Schlossberg. Schlossberg will remain full-time at the company as executive chairman.

Baga was most recently at Lightspeed Venture Partners, the prominent VC firm which he joined in late 2019 as chief operating officer. Prior to Lightspeed, Baga was chief business officer at Lyft and chief revenue officer at RocketLawyer.

Even was founded in 2014 by Schlossberg and a coterie of other co-founders focused on a mission of disrupting the payday loan industry with better tools for workers who increasingly live paycheck-to-paycheck. Workers who get dropped from a shift, for instance, often have to scramble to meet their upcoming financial obligations, forcing them to take usurious payday loans. Even’s product was designed to give workers better visibility and more control over their paycheck, offering tools like Instapay that offers an advance on their already earned wages. Notably, Even works on a subscription model that is designed to align its incentives with its worker-users to avoid the predatory practices that plague the industry.

I last covered the company in 2018 when it raised a $40 million Series B from Keith Rabois, who was then at Khosla Ventures. Even has had significant traction, reaching 650,000 members today, according to the company, and, most notably, it has an extensive partnership with Walmart, which just this week announced it was raising wages for 425,000 of its in-store associates, or roughly a third of its workforce. Even said that 53% of its members use the product daily.

Schlossberg says that while the company has had significant success in building out a high-quality product, it needs to pivot to a greater focus on revenue growth. “I am a very product-minded CEO and what we needed in the zero-to-one phase,” he said, referencing the concept of reaching product-market fit. But, “I am not an enterprise-growth CEO. This opportunity and problem deserves someone who can massively increase the probability of making [Even] as ubiquitous as 401(k)s.”

He said that the company began searching for a COO to add enterprise sales experience to the executive team, but came up empty-handed. “So we offered the top job to get better candidates, and it did and we found David,” he said.

For Baga, the Even story fits in with his own background. I “grew up around a lot of blue-collar, first-generation Canadians — I can relate to Even in a lot of [ways],” he said. He migrated down to the Valley during the dot-com bubble, taking on a variety of sales jobs at companies like Oracle. His first startup experience was at RocketLawyer when it was just 20 people. “RocketLawyer was about making legal services affordable to all Americans,” a mission that resonated with Baga. 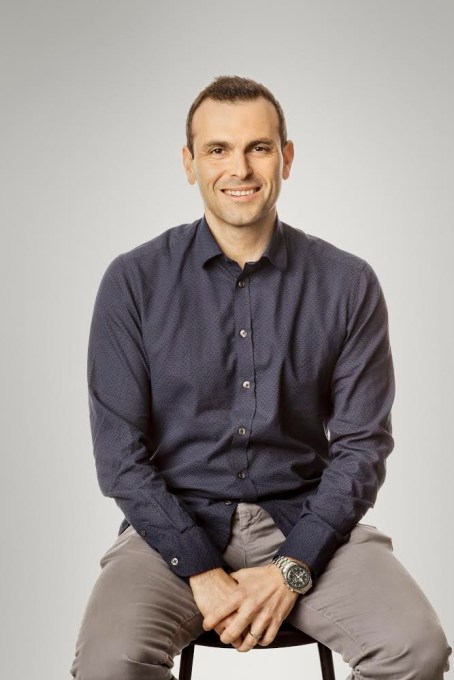 David Baga will join Even as CEO on March 1. Photo via Even.

From there, he said he eventually linked up with Logan Green and John Zimmer in 2012 when they were still operating Zimride, and would eventually join the rebranded company Lyft in 2015 when it was “thinking about a B2B version with large businesses.” He worked on enterprise and urban partnerships as well as Lyft Health, a rideshare product designed for non-emergency medical transportation.

Baga says that he wanted to stay at smaller orgs, and so as Lyft went public and grew to gargantuan size, he wanted to reset to a smaller company. He eventually landed at Lightspeed as the firm’s COO.

Baga demurred during our call to describe his time at Lightspeed or his reasoning for departing after a year and a half. Notably, Even is not a Lightspeed portfolio company. Instead, he connected with Schlossberg as Even was accelerating its CEO search and found that there was “strong values alignment” and that “they are addressing real pain points … but with a fair business model.”

In an email later, Baga stated that “It has been a privilege to work with Lightspeed Ventures and I will always be grateful for the opportunity to be a part of such a fantastic organization. At Lightspeed, I had a front row seat to entrepreneurs sharing their vision to change the world. They inspired me to heed the call to build again.”

Taking the reins on March 1, Baga said that his top priorities are to “help the team to get to know me, to understand the customers and our prospects, and to understand the product roadmap and strategy.” Schlossberg said that Even already has “a roster of pretty marquee referenceable customers across verticals of employment” and that “now is the time to scale it.” As Baga transitions into the role, Schlossberg said that the company is likely to raise a Series C round “sometime this year.”

Precarity isn’t going away in America anytime soon, yet as the last year has shown, there are tools that can help more workers find resilience in the labor they do. Even’s hope is that a well-built machine to improve pay can be rapidly expanded to make a difference in this economy.

Updated February 22, 2021 to make clear that Instapay provides access to already earned wages, not a pay advance on future earnings.