Everyone knows that politics are like sports, only with, you know, real-world consequences that can directly impact the lives of millions. But why deal in abstractions when you can bet actual money? With Election Profit Makers, co-hosts David Rees, Starlee Kine and Jon Kimball put their money where their mouth is, betting on political outcomes with their hard-earned dollars. 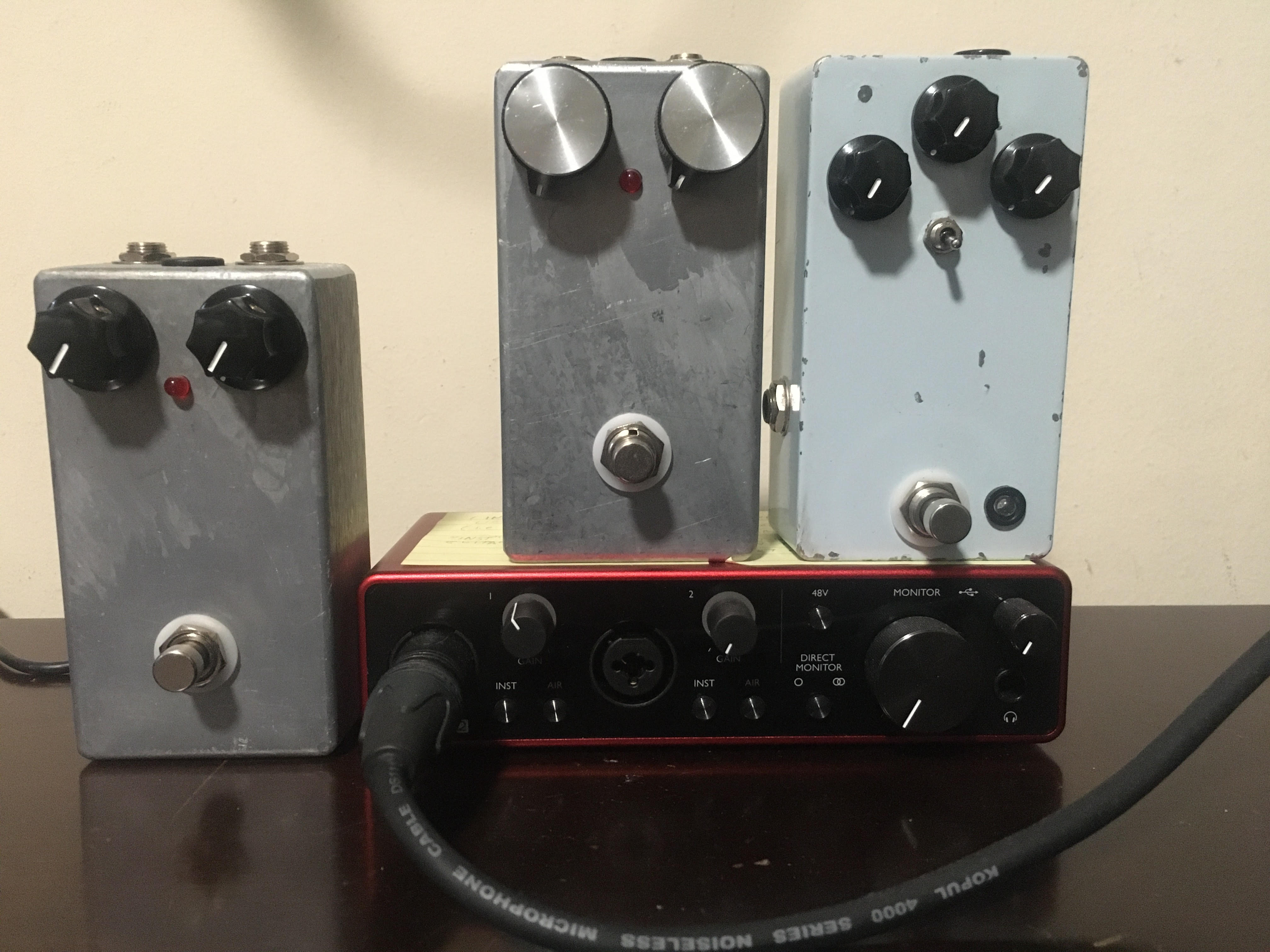 As a collector of audio gear (mostly effects pedals, old rim-drive tape machines and 1980s keyboards I’ve modified), I wish I could say my podcasting setup featured equipment that is extremely expensive and hard to come by. I would love to brag about using, say, hand-wired boutique preamps and a rare Soviet condenser microphone I bought at a military auction in Kazakhstan. Nothing would please me more than to share photographs of a massive reel-to-reel tape machine on which I record my ad reads (for “warmth”) before mixing them down on my laptop.

Alas, my podcasting setup is extremely normal. I have a Scarlett two-channel interface I bought at a chain store. I have a Rode microphone because I couldn’t afford a Shure SM7B. I record into GarageBand, which is the spiral-bound notebook of audio interfaces. The only slightly unusual thing about my podcasting setup is that on the rare occasion when I edit an episode I do so in Ableton Live, which I originally bought years ago when I was obsessed with making mashups. 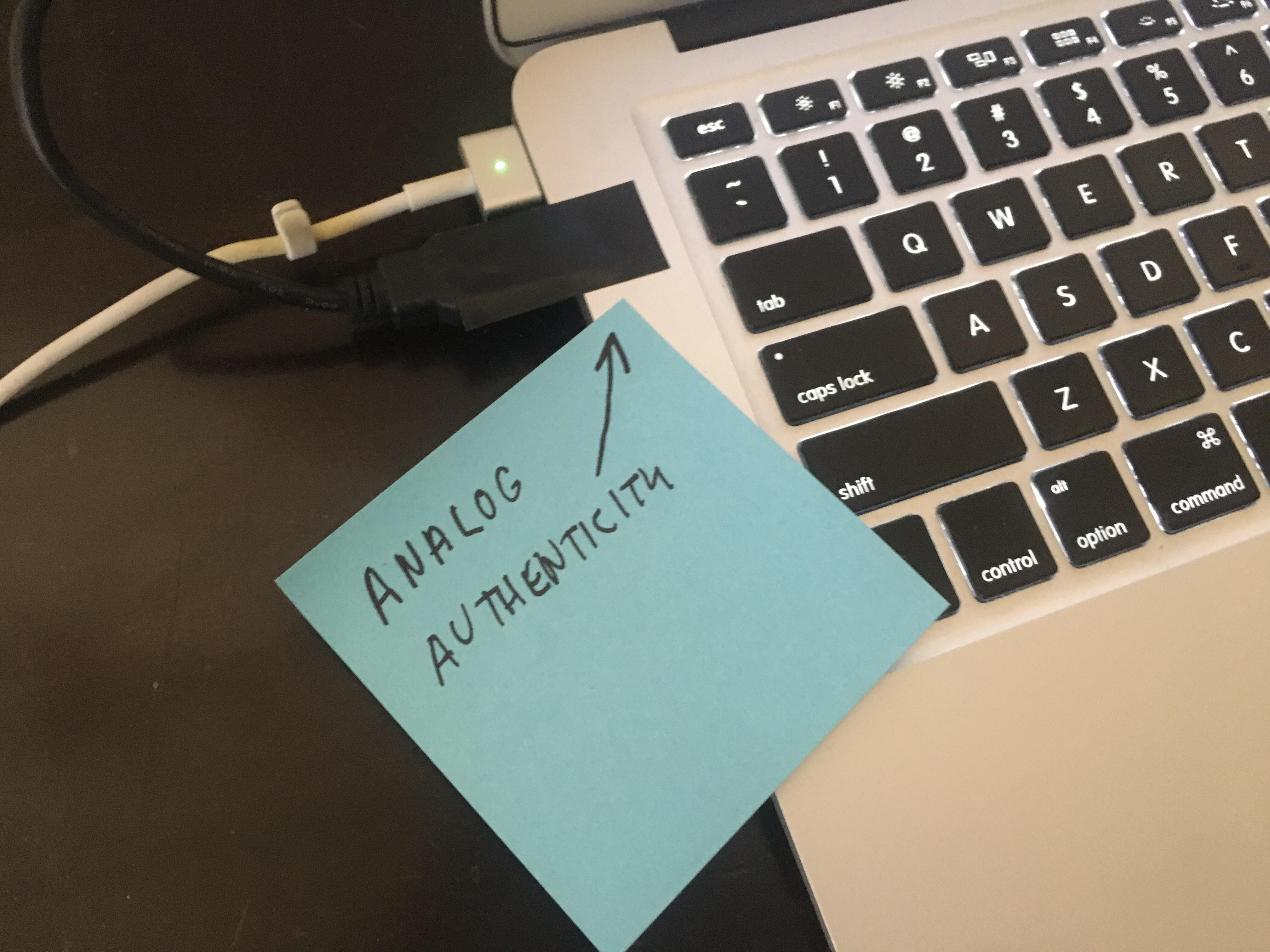 The only analog affectation I can claim is a shameful one: My laptop is so old the USB ports seem to be going slack — I’m surprised they don’t have hair growing out of them like old men’s ears — so I have to fix the line from my Scarlett into place using electrical tape.

Election Profit Makers is a podcast about betting on political events using the web site PredictIt.org. (My co-host Jon Kimball made enough money on the 2020 election to buy a new car; I made enough to buy a new tremolo pedal.) The only time we’ve done field recordings was last spring, when Jon and I went on a nerd / comedy cruise in the Caribbean the week COVID hit. We recorded daily dispatches at sea using a Zoom H4N, then wandered around Santo Domingo until we found a university library whose Wi-Fi we could use to upload the files to our co-host and editor Starlee. My phone tells me I walked 24,000 steps that day. 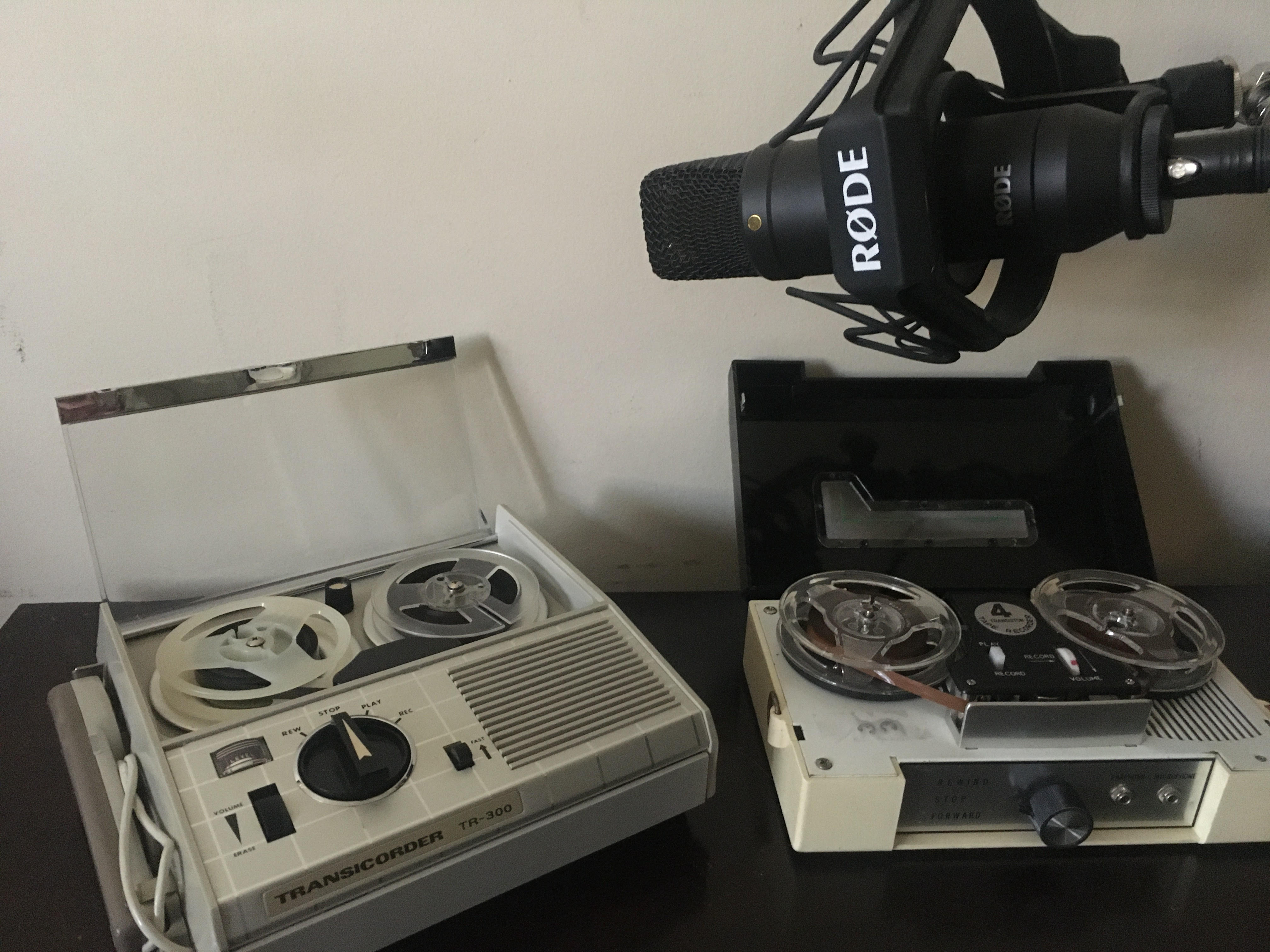 Because my podcasting setup is so boring, I have spiced up the photos by including some of my other audio gear in the shots! When the world is ready for cassette-based podcasts saturated in analog delay, I will be more than happy to oblige!