Artie, a startup looking to rethink the distribution of mobile games, announced today that it has raised $10 million in funding.

This actually represents a pivot from Artie’s original vision of creating augmented reality avatars. CEO Ryan Horrigan said that he and his co-founder/CTO Armando Kirwin ended up building distribution technology that they felt solved “a much bigger problem.”

The problem, in part, is game developers “looking for ways outside of Apple’s App Stores rules and restrictions.” (That’s certainly something Fortnite-maker Epic Games seems to be fighting for.) So Artie’s platform allows users to play mobile games without installing an app, from the browser or wherever links can be shared online. 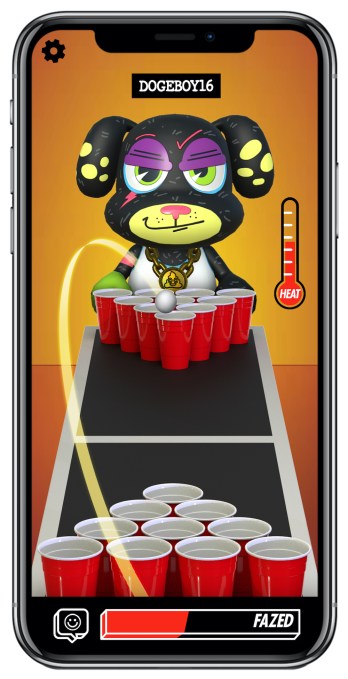 Artie isn’t the only startup focused on the idea of app-less mobile gaming, but Horrigan said that while other companies are limited by JavaScript and HTML5, Artie supports Unity, meaning it can build casual (rather than hyper-casual) games, and eventually games that might even go deeper.

“Similar to cloud games, we’re running Unity games on our cloud, but rather than rendering their graphics on the cloud and pushing the video to players, we’re not running graphics on the cloud,” he said. “We’re streaming assets and animations that are highly-optimized and rendered in real-time through the embedded web browser.”

In other words, the goal is to get frictionless distribution outside of app stores, while avoiding some of the issues facing cloud gaming, namely significant infrastructure costs and lag time.

The startup is developing and releasing games of its own, with an Alice in Wonderland game, a beer pong game and more on the schedule for later this year, then a massively multiplayer online game planned for 2022. But the company also plans to release an SDK allowing other developers to distribute through its platform as well.

Horrigan said Artie’s initial games will be free-to-play, monetized through in-game purchases. They’ll use cookies to remember where players were in the game, but players will also be able to create logins.

Artie is also developing games with a major music star and a superhero IP-owner, and he argued that by combining no-code/low-code authoring tools with Artie’s distribution platform, this could become a bigger trend.

“We want to be working with the next generation of influencers to make games using these low-code or no-code solutions, then publish to their audiences directly on YouTube,” he said. “Imagine what a branded game would look like from your favorite hip hop star. We think that’s coming, and we think Artie is the platform to make that happen.”