There’s a good reason for that: Those productions use much higher-quality footage, which means that the files are enormous. But Frame.io gets around that by uploading “proxy” footage that’s not nearly so bandwidth intensive.

It can, in fact, be uploaded on an LTE connection, as the Frame.io team demonstrated for me by shooting brief footage that was accessible a few seconds later from a computer on the other side of the country.

Cioni said this means the editing process no longer has to wait on the movement of hard drives: “We take this linear process and make it parallel.” 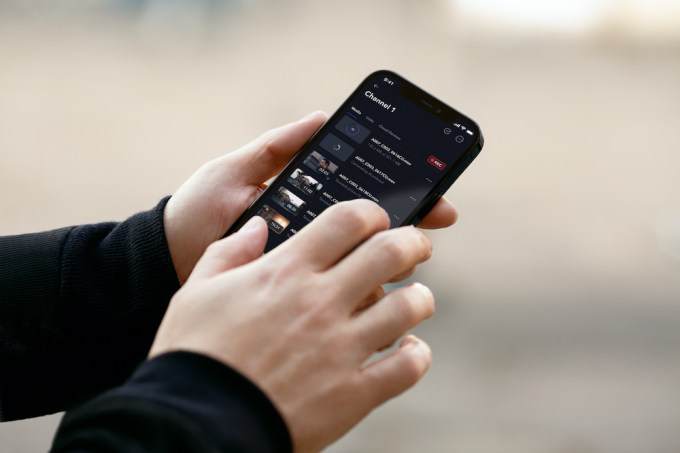 Footage uploaded through Camera to Cloud can then be edited in Frame.io, but the technology is also integrated with popular editing software like Final Cut Pro and Adobe Premiere. And because the proxy footage has the same timecodes and metadata as the original, any edits can be synchronized once you receive the drives.

In addition, Camera to Cloud allows production members on and off the set to view footage from their computer, iPhone or iPad, as soon as it’s shot.

“The moment that you hit stop [on the camera], wouldn’t it just be great to pull the footage up on your phone, because you want to see what you shot?” said Frame.io CEO Emery Wells. “You can’t do that right now on a professional set. There’s person whose job it is to do that, there are playback monitors all over the set and everybody watches playback at the same time.”

And while the company started to develop this technology before the pandemic, Wells said, “It turns out there’s even more of a need for this now, when fewer people can be on sets.”

In fact, the technology was already used during the production of the pandemic movie “Songbird.” The movie was filmed last summer, and by using Camera to Cloud, producers who were not allowed on the set (due to new safety protocols) could still keep up with the footage.

Camera to Cloud works on existing devices like the Teradek CUBE 655, Sound Devices 888 and Scorpio recorders, which can be attached to compatible cameras from Arri, RED and Sony. It’s available at no additional charge to paying Frame.io subscribers.

“It’s our prediction that by the end of the decade, everybody shooting audio, video and whatever, they’re going to shoot into the cloud,” Cioni said.