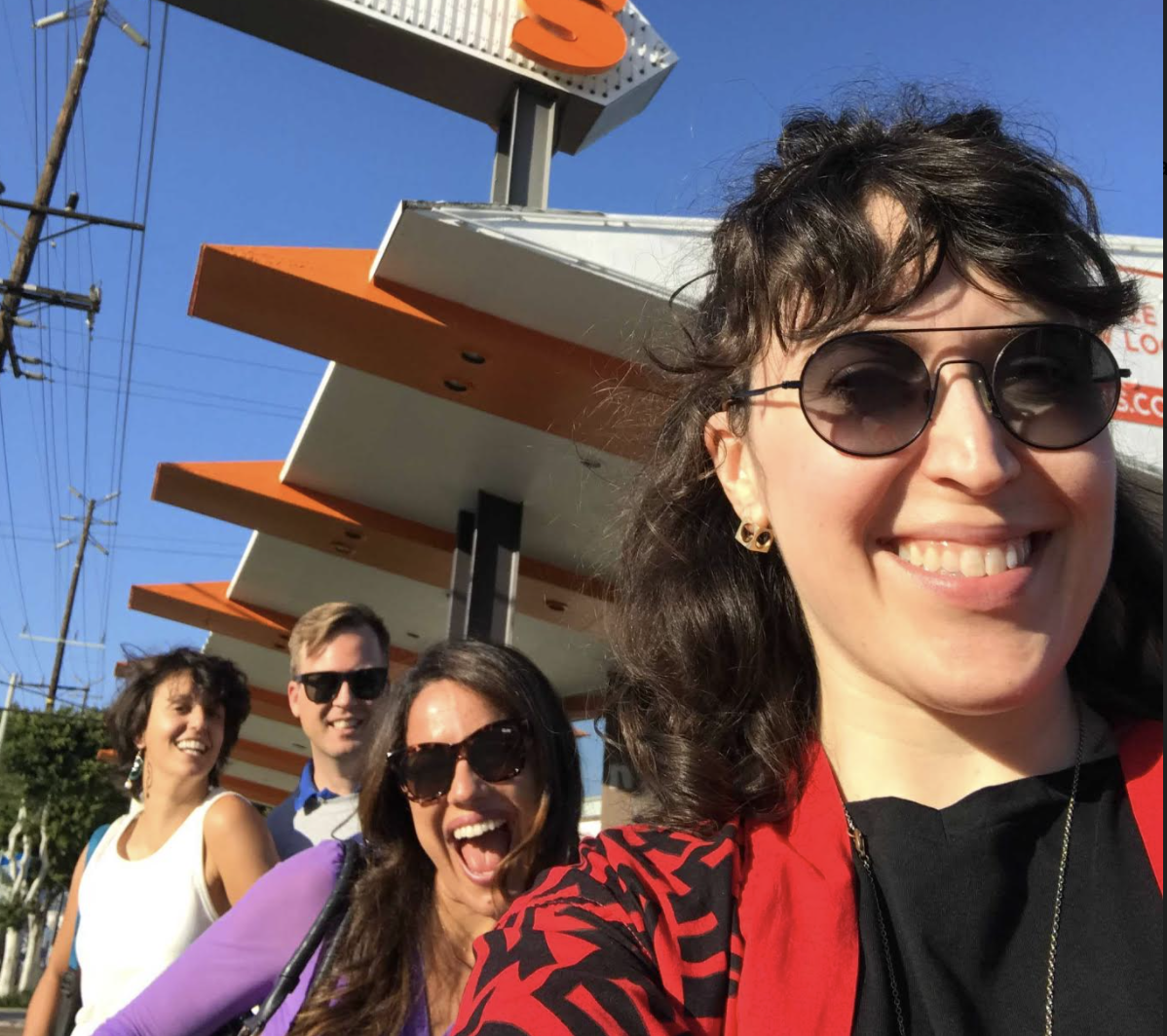 Launching today from Spotify and Pineapple Street Studios (in association with Gimlet), “Welcome to Your Fantasy” explores the true crime tale behind the Chippendales phenomenon of the 1980s. Historians and “Past/Present” hosts Natalia Petrzela, Nicole Hemmer and Neil J. Young will unravel the tale over the course of an eight-episode series. The show took 18 months to create, bolstered by considerable resources from Spotify. Pineapple Street Senior Producer Eleanor Kagan (Another Round, See Something Say Something and Thirst Aid Kit) runs us through the gear the team used to create the series both in-person and remotely, once the pandemic hit. 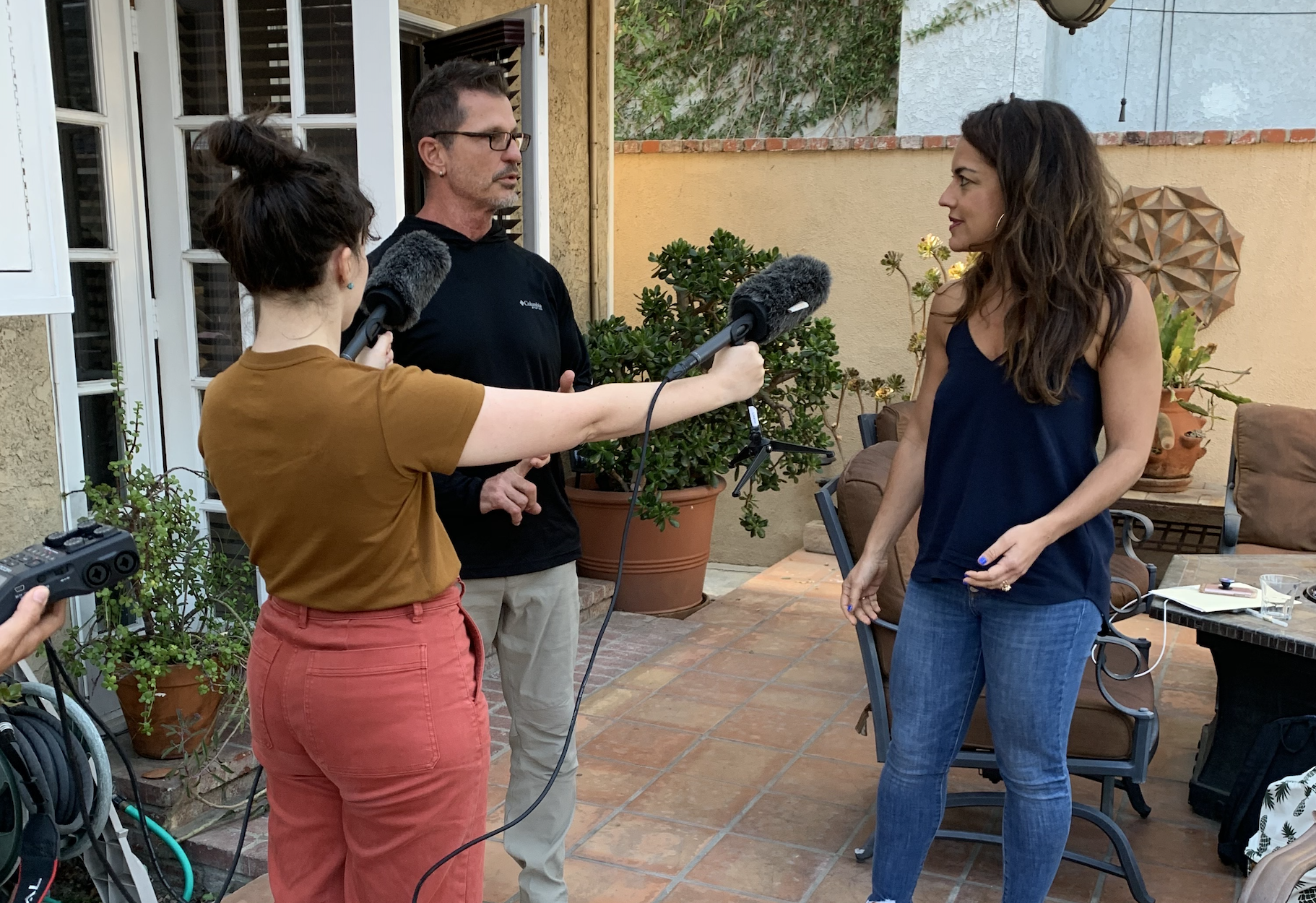 Dancer Scott Layne walks host Natalia through one of his routines during an interview. Image Credits: Eleanor Kagan

For in-person interviews not recorded in Pineapple’s Brooklyn studio, my basic reporting kit includes a Zoom H5, which has two XLR channels and allows me to give one Rode NTG-2 shotgun mic to the host Natalia and the other to the interviewee. (On mic stands, of course — the mic itself is prone to handling noise.) I’ve got a Rode pistol grip for when we, say, knock on doors in the neighborhood of the former Chippendales club in LA, looking for people who had been around when the party scene at the club was supposedly causing wars between the owners, neighbors and the police. (Luckily, we found Naomi, 94, who had been there since 1972 and had stories for days. She’s in the podcast.) Christine showed me how she brilliantly uses a cross-body camera strap attached to her recorder so she can hang it comfortably around her. For gear bags I used to swear by the Lowepro Passport Sling, but now that I’m older (lol), one-strapping isn’t comfortable for a long day in the field, so I use a regular backpack. My kit also includes Sony MDR-7506 headphones, an assortment of three- and six-foot XLR cables (always have backups), a deadcat, extra SD cards, an Electro Voice RE50/B mic, pens, snacks, release forms and batteries. So many batteries. 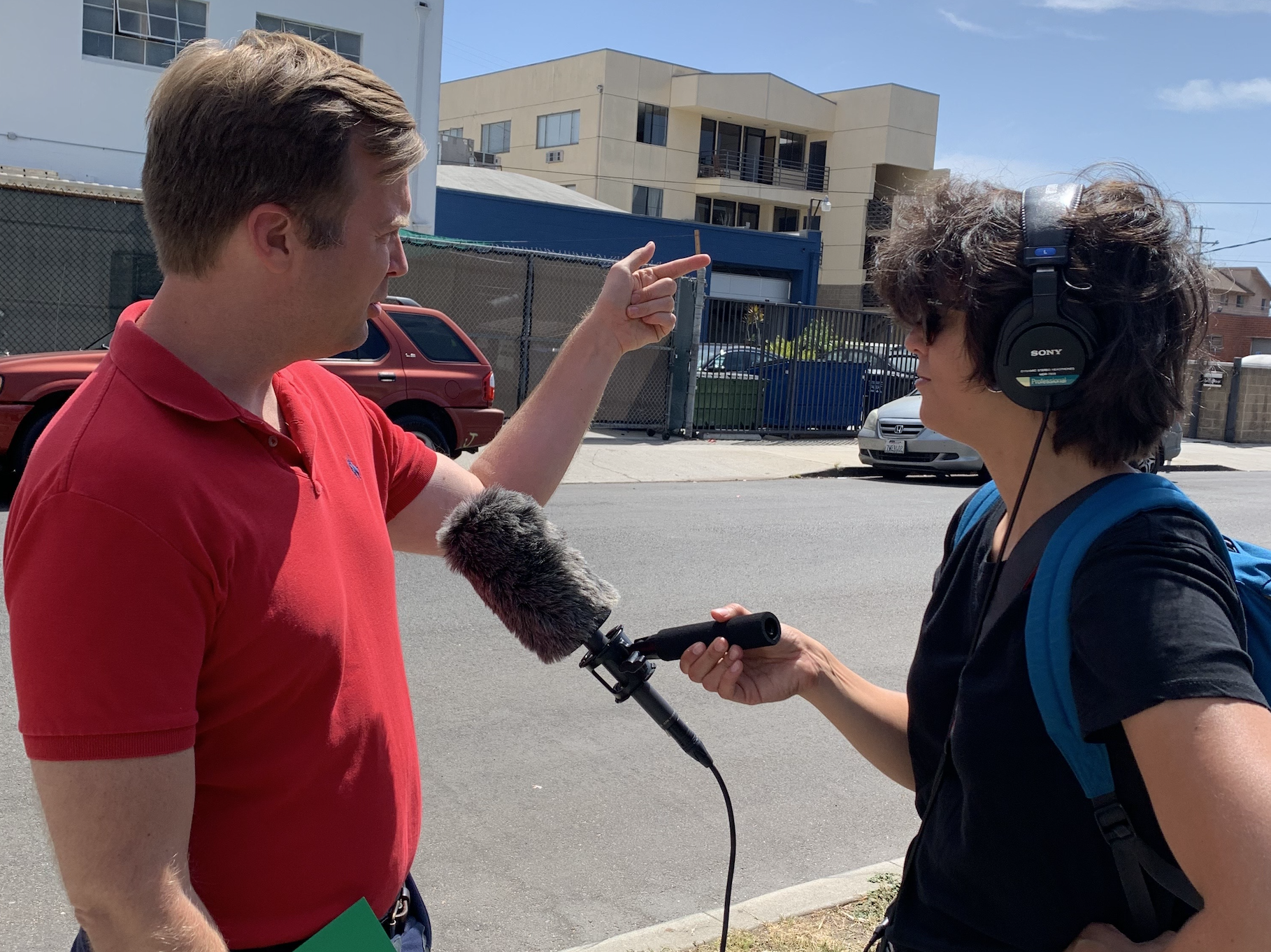 Then the pandemic hit. We all went on lockdown. We had done most of our interviews but there were a few we still needed, plus all the host tracking for the series. So we shipped Natalia a kit: a Zoom H6, a Shure SM7B cardioid dynamic announcer microphone, a CloudLifter CL-1 Microphone Activator, a broadcast arm, XLR cables and a windscreen. Natalia set up shop in her closet, surrounded by clothes, a fleece blanket on the floor, and as many cushions as she was willing to pull off her couches and chairs. (Sound bounces off of hard surfaces. The soft materials absorb it so the recordings won’t sound echoey or “roomy.”) We sent our amazing engineer Hannis Brown mic tests so he could diagnose the set-up from afar and suggest tweaks. And Natalia, bless her, was incredibly game to essentially become her own recording engineer ON TOP OF hosting an entire show. We quickly got accustomed to doing everything remotely and over Zoom, as all of us everywhere did. 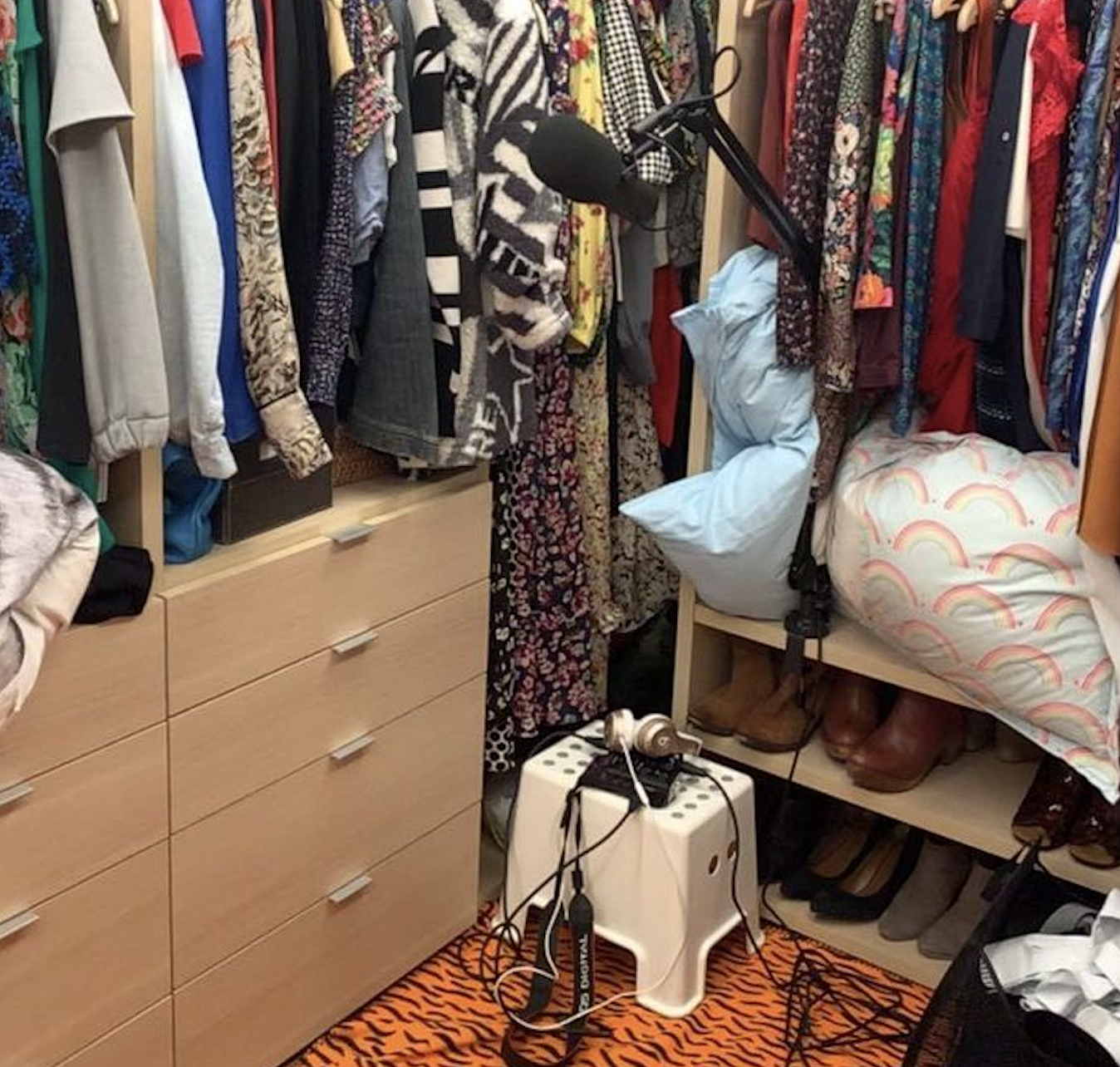 When it came to remote interviewing, we would connect over Zoom, and both Natalia and our interviewee would record themselves. (We always recorded the Zoom as a backup too.) It was up to us producers to talk our interviewees through self-syncing. Experience and teamwork was of the utmost importance here. Interviewees only had so much time, and explaining how to set up a recording on a smartphone (or iPod!, yes, really) and transfer a test recording quickly, and then troubleshooting any audio problems in their location was important to getting a high-quality interview without taxing anyone’s patience. There are several useful guides and graphics out there that walk through the set-up. There’s something a little bit lost, of course, when we don’t get to walk into people’s homes for interviews, or even when former Chippendales dancers can’t produce their original costume in the middle of the interview — as one guy did. But everyone was incredibly kind and patient and willing to do this for us, for which we are very, very grateful.

In the end, we interviewed about 70 people for this series. We wrote 26 drafts of our first episode. We reviewed 100+ hours of archival footage. And I believe there are still more stories to be told when it comes to Chippendales.

Thankfully, no matter where in the world anyone is, we have the tools to do it.