What, you are no doubt asking, is a worm a blob? Well, it’s a blob of worms, obviously. More specifically, it’s a blob of California blackworms. It’s not a flock, nor a swarm nor a school. It’s a big, undulating mass of a Lumbriculus variegatus tangled up, but somehow moving as one.

Roboticists, of course, have a long, storied history of drawing inspiration from nature. This time out, a team at Georgia Tech studied the aforementioned worm blob in hopes of gaining insight into its unusual form of locomotion. The researchers believe they can apply some of the learnings to rethink the way robots move.

The team published its findings in an academic journal earlier this month. According to the research, the blobs — which range from 10 to 50,000 individual organisms — are a kind of survival mechanism to adapt to things like changing temperatures. A few individuals are capable of moving the larger group, with around two or three being required to move a group of five.

The researchers set up a series of six 3D-printed robots with two arms and two light sensors apiece. Mesh and pins on the arms allowed the robots to become entangled with one another.

“Depending on the intensity, the robots try to move away from the light,” researcher Yasemin Ozkan-Aydin said in a release tied to the news. While there was no direct communication between the robots, they effectively operated as a group. “They generate emergent behavior that is similar to what we saw in the worms.” 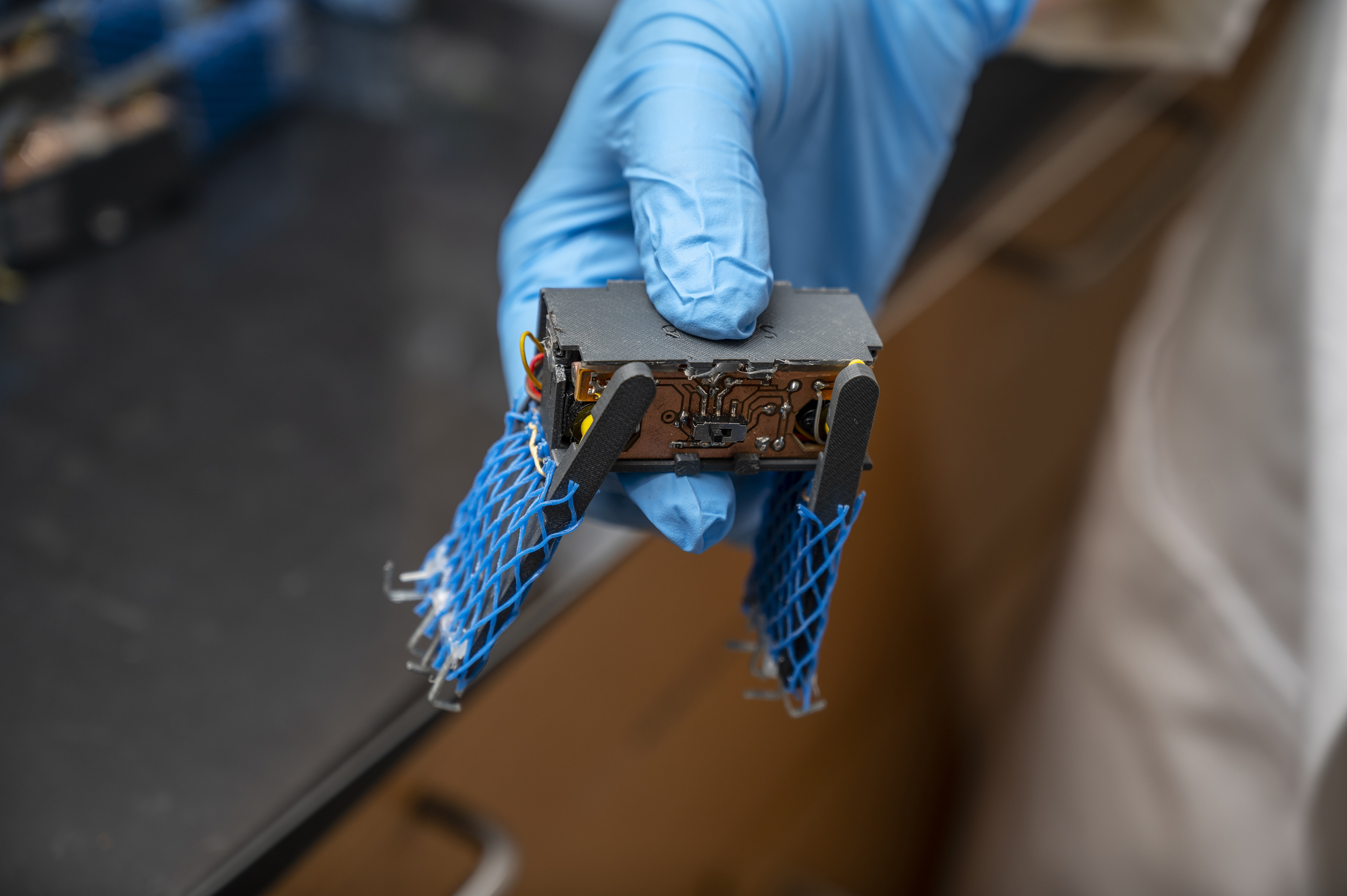 The scientists think that sort of collective action can be applied to make individual robots more collaborative and cohesive units. “Often people want to make robot swarms do specific things, but they tend to be operating in pristine environments with simple situations,” Professor Daniel Goldman says of the research. “With these blobs, the whole point is that they work only because of physical interaction among the individuals. That’s an interesting factor to bring into robotics.”