NASA has announced that SpaceX will take two major parts of the Gateway lunar orbiter that will function as a pit stop for future moon missions. The Power and Propulsion Element and Habitation and Logistics Outpost — which together will form the first usable lunar space station — will go up in 2024 on a Falcon Heavy, with an estimated price tag of $332 million.

The Falcon Heavy, which provides a far larger lift capacity than SpaceX’s now commonly used Falcon 9, has only had two commercial launches since its successful test launch in early 2018 (with Starman and a Tesla Roadster, you may remember). Arabsat-6A launched in April of 2019, and STP-2 a few months later, but since then the Heavy hasn’t seen any action. (Several missions are planned for the next year, however.)

NASA’s selection of the launch vehicle as the one that will bring these two crucial components to lunar orbit is a huge endorsement, however, and may actually snowball into more work down the line if the agency’s own Space Launch System continues to be delayed.

The PPE and HALO, as the two pieces are called, provide the essentials for a self-sustaining lunar orbital habitat: essentially the pressurized cabin and the power source that keeps it operational and allows maneuvering. So you could say they’re fundamental.

They’re also big, and can’t be sent up in 10 different pieces on smaller rockets. But there are precious few heavy launch vehicles available — and it looks like they decided that SpaceX’s was the best bet, having flown three successful missions already.

This mission is valued at $332 million in launch and related costs, so it’s a serious investment that will require a lot of collaboration between SpaceX, NASA, Northrop Grumman (which is building the HALO) and Maxar (making the PPE). 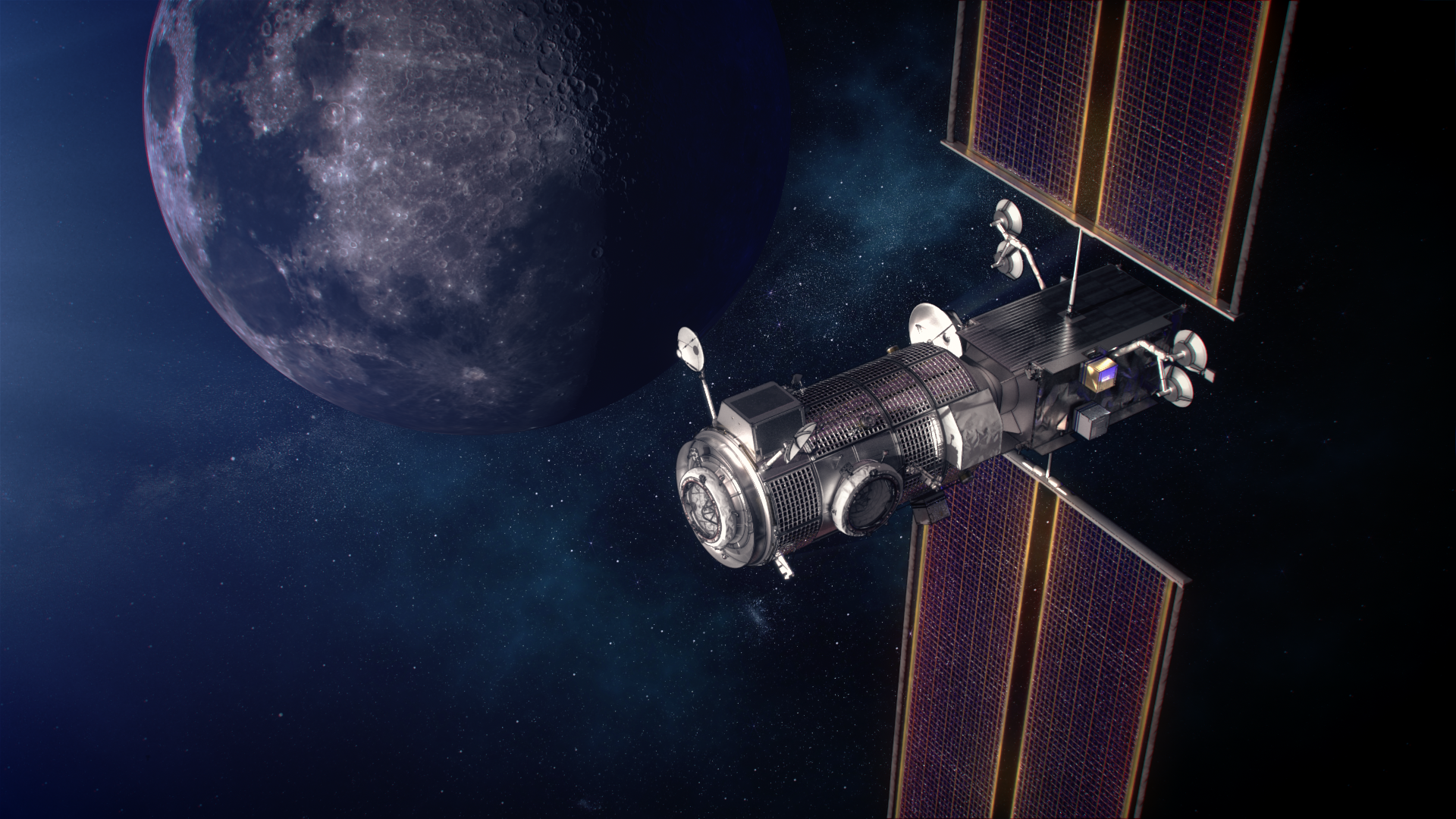 CG image of the lunar Gateway with the propulsion element and first habitable element attached. Not particularly roomy, but you can’t beat the view. Image: NASA

For now launch is set for no earlier than may of 2024, but that date may (and in fact is highly likely to) slip as various delays accrue. The whole Artemis program is experiencing a period of reality alignment, and while new target dates haven’t been given for all the ambitious plans made during the last four years, few of the old ones have been repeated the way they were as recently as last fall. Nevertheless even a five or six-year plan to return to the moon’s surface is still quite ambitious, considering — as has become the standard NASA refrain — “we’re going there to stay.”

We’ll likely hear more about the new timeline as the agency comes to grips with it itself over the next few months.