Fabric, a startup powering e-commerce for companies like GNC and ABC Carpet and Home, has raised $43 million in Series A funding.

The announcement comes less than four months after Fabric announced its $9.5 million seed round. CEO Faisal Masud said Fabric hadn’t intended to raise more funding so quickly, but given its growth and investor interest, the startup’s leadership team had to ask, “Do we delay the growth or do we just go now?”

The answer is probably self-evident, since you’re reading this funding story. The round was led by Norwest Venture Partners, with Norwest’s Scott Beechuk joining Fabric’s board of directors. Redpoint Ventures and Sierra Ventures also participated.

“Fabric is the only headless commerce platform that combines the simplicity of drag-and-drop configuration with the power to create rich modern customer experiences, without the need for a large dev team,” Beechuk told me via email. “Most importantly, however, is the fact that Faisal (CEO) and [co-founder Ryan Bartley] are rockstar veterans of the e-commerce world from Amazon, eBay, Staples and Groupon. They empathize with their customers’ challenges and have the expertise to disrupt the mature e-commerce market with a significantly better product.”

E-commerce has grown rapidly during the pandemic, and there are a number of platforms offering a “headless” approach, which (as Masud explained in a blog post) separates the frontend and the backend of the shopping experience.

But Masud said there’s still “a large gap in the market today” when it comes to supporting large, growing brands, whether they’re direct-to-consumer or business-to-business. 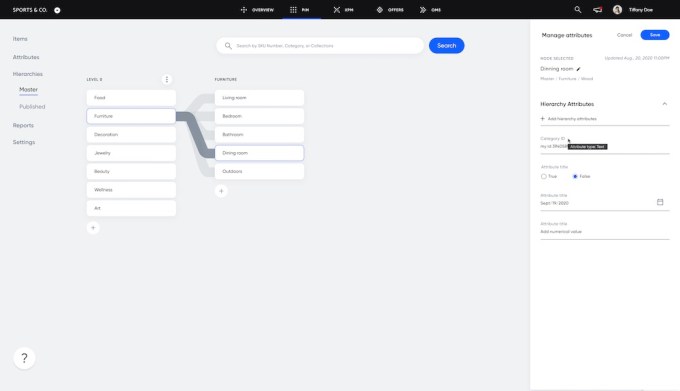 To serve those customers, Fabric has built 32 separate applications which can be integrated with existing commerce tools, and which collectively cover everything from customer experience to product information and order management.

Masud argued that most other products billing themselves as headless e-commerce platforms are “jerry rigging themselves to become headless.”

“They were built in 2007, they’re not flexible or modular,” he said, adding that while older platforms might require 18 months to on-board a large customer, Fabric only requires weeks.

The startup isn’t discouraging its customers from having a presence on Amazon and other marketplaces, either. But Masud (who was previously director of AmazonBasics and AmazonWarehouse) said they need to build their own differentiated shopping experiences and their own direct relationship with consumers at the same time.

“I built AmazonBasics and AmazonBasics is coming for you,” he said. “We encourage them to differentiate and continue their journey as a marketplace, building a direct business with their customer.”

With the new funding, Fabric will be able to expand its sales and marketing team while also continuing to improve the product. Masud said he’s less interested in reaching larger or smaller customers, and more interested in expansion by “building out a bigger suite of co-pilot apps,” for example by doing more to support order logistics and fulfillment.