The French government and the government-backed initiative La French Tech unveiled the new indexes that identify the most promising French startups. The 40 top-performing startups are called the Next40, and the top 120 startups are grouped into the French Tech 120.

Combined, they generate close to €9 billion in revenue and provide a job to 37,500 people. Revenue in particular is up 55% compared to last year’s French Tech 120. 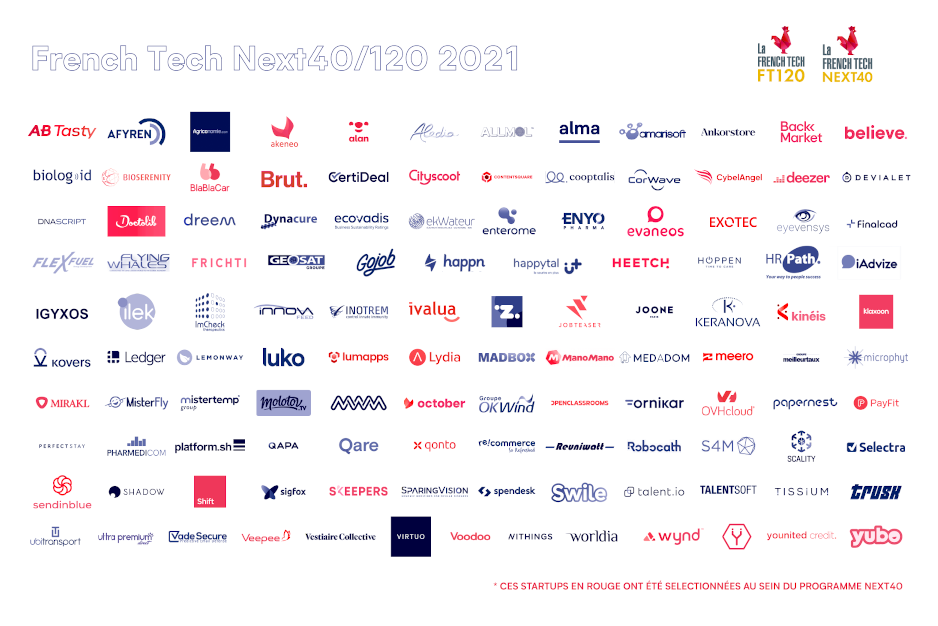 There are two ways to get accepted in the Next40:

As for the remaining 80 startups in the French Tech 120:

Of course, those indexes are limited to private French companies. For the French Tech 120, there are at least two startups per administrative region.

Based on those metrics, only a handful of the startups in the French Tech 120 have a female CEO and the French government thinks tech startups should do more when it comes to diversity and inclusion. That’s why a small group of people are going to work on a roadmap and some recommendations to improve those numbers.

Representatives of six different startups in the French Tech 120, as well as people from Sista, Tech Your Place and Future Positive Capital, will get together to work on those topics.

In addition to a cool logo for your website, being part of the French Tech 120 comes with some perks. Those companies can access a network of French Tech representatives in different public administrations.

For instance, it’s easier for your company if you want to get visas for foreign employees, obtain a certification or a patent, if you want to sell your product to a public administration, etc.

There are two new additions to the French Tech network. Someone from the Conseil d’État can help you when it comes to legal compliance. The government has also signed a partnership with Euronext to educate entrepreneurs about going public.