Prakhar Singh and ex-Paystack employee Abdul Hassan have known each other for seven years, building different tech products individually and collectively along the way.

Before joining Paystack in 2018, Hassan co-founded payments startup OyaPay the year before. After leaving the Stripe-owned company in 2019, he launched a data startup called Voyance where Singh, who had already exited one of his products — Transferpay.ng, an offline payments startup — was a software engineer.

Last June, the duo started working on Mono, a project that would allow companies to access their customers’ financial accounts in Nigeria.

By streamlining various data in a single API, companies and third-party developers can retrieve vital information like account statements, real-time balance, historical transactions, income, expense and account owner identification. Of course, this isn’t without users’ consent as they are required to log in with their internet or mobile login credentials before any transaction takes place.

Following a series of tests and iterations, Mono launched its beta version in August, with Hassan as CEO and Singh as CTO. A month later, the startup closed a $500,000 pre-seed investment from early-stage investors like Lateral Capital, Ventures Platform, Golden Palm Investments and Rally Cap. It was one of the notable pre-seed rounds on the continent because of the length of time it took from launch to funding, a trait other API fintech startups in the region share, albeit with significantly longer timelines.

In a region where more than half of the population is either unbanked or underbanked, these open finance players are trying to improve financial inclusion on the continent. Open finance thrives on the notion that with access to a financial ecosystem via open APIs and new routes to move money, access financial information and make borrowing decisions, the barriers and costs of entry for the unbanked and underbanked might come down.

However, for Hassan, Mono’s play overlaps open finance and open banking. Although the two terminologies portray what these African startups want to accomplish, the CEO believes that they are subject to regulation from the government and apex financial institutions. Mono is a data company playing in the fintech space, he says. 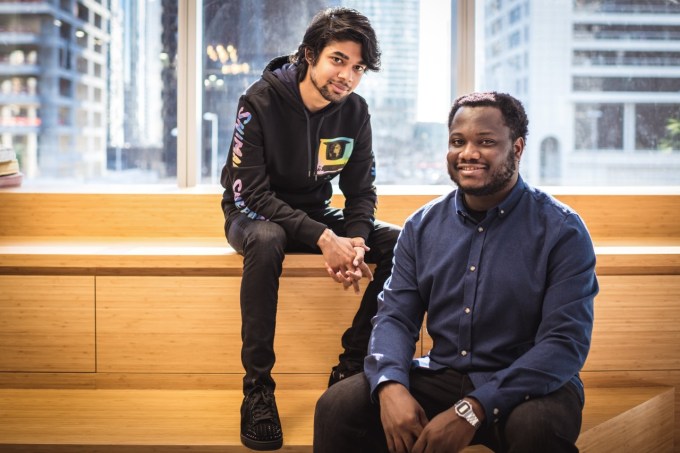 He likened Mono to how Google was in its early days when it started with a simple mission to organize the world’s information and make it accessible. Decades later, Google has metamorphosed into an internet giant playing in a plethora of sectors.

“If you ask me, I’ll say we don’t see ourselves entirely in open banking or finance,” he told TechCrunch. “Today, we’re concerned about how we can get data from different sources and aggregate into a database where businesses can get access to them with our users’ consent. Down the line, we can use this data for different use cases and solve various problems.”

Mono has already secured partnerships with more than 16 financial institutions in Nigeria and has a little over a hundred businesses like Carbon, Renmoney, Flutterwave and Indicina using its platform. They process about 5 million data sets per hour, the CEO claims.

These clients are mainly lending companies with a few others in proptech and health tech, which allow users to pay for their services in installments. But there are plans to diversify this clientele. One such way will be to improve onboarding processes on applications through its one-click signup feature.

From a user’s perspective, here’s how it works when considering two savings applications: Users submit their KYC to the first savings app. But for one reason or the other, maybe due to a better interest rate, some users switch to a second savings app.

However, there’s a little hassle in that a second KYC is needed for this process. What Mono has done with the one-click signup feature is to let users transfer their data from the first app to the second without repeating the process. And to that end, Mono has partnered with two of Nigeria’s leading savings and investment platforms to roll out the service.

“First, we’ve enabled companies with a new infrastructure that allows them to get access to customers’ financial accounts and understand their history before giving them loans or any financial service. Now, we think with the new generation of companies coming up in Africa, Mono will be the one to power their onboarding processes,” Hassan remarks on the platform’s offerings. 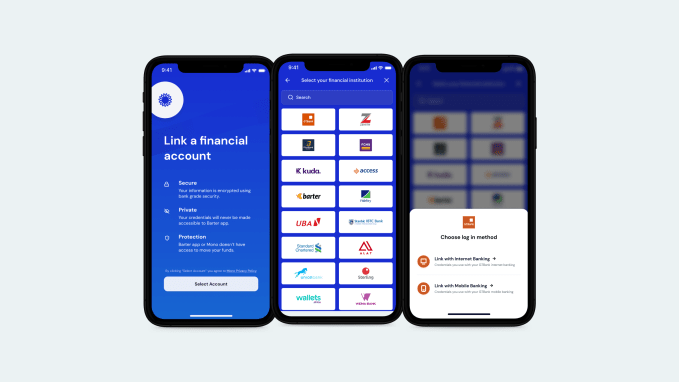 For any investor, Mono’s sticky features, coupled with explosive growth, looks too good of an opportunity to pass on. Today, the six-month-old startup announced that it has been accepted into Y Combinator’s Winter 2021 batch. It will receive $125,000 in seed funding with an opportunity to receive follow-up investment after graduating in March. The startup joins 39 other African startups per YC data which have passed through the accelerator since 2009.

Getting into the accelerator helps Mono with one of its biggest challenges. According to Hassan, Mono has come across users who are still skeptical to input their internet banking details on the platform due to personal experiences with online fraud in the country.

“To date, we’ve been focusing on building, and I think we’ve gotten to a stage where we’re seeing some people not wanting to use their internet banking on Mono.” But with YC’s backing and a conscious offline marketing plan afterwards, the founder thinks Mono’s credibility can get a lift.

At Paystack, where Hassan was a product manager, he was privileged to experience firsthand the company’s innovation and growth before it was acquired by Stripe last year. He says he learned the ropes of product development and management, and hiring — lessons that have stuck with him to Mono, a company now with 13 staff across Nigeria and India.

The plan for Mono is to be a global company, and getting into YC provides the perfect opportunity to do so. The company is also planning an imminent pan-African expansion to Ghana and Kenya, and from all indication, Mono might execute one if not the two before the end of Q1. Setting up the company for expansion and the hiring spree that comes with it will require capital, so a seed round is in the works to facilitate the whole process.