Despite all the headaches that come with it, homeownership is still the American dream for many.

Divvy Homes — a startup that is out to help more people realize that dream by buying a house and renting it back to them while they build equity — has just closed on $110 million in Series C funding. Tiger Global Management led the round, which also saw participation from a slew of other investors, including GGV Capital, Moore Specialty Credit, JAWS Ventures and existing backers such as a16z. The latest financing brings Divvy’s total debt and equity raised since its 2017 inception to over $500 million, with about one-third of that raised in equity and two-thirds in debt.

The startup last raised $43 million in Series B funding from the likes of Affirm CEO Max Levchin and homebuilder Lennar (via its venture arm), among others. In fact, Divvy — which was co-founded by Adena Hefets, Nick Clark and Alex Klarfeld — was incubated in Levchin’s startup studio HVF.

Mortgage rates dropped to historic lows in 2020, driven by the COVID-19 pandemic. Instead of making it easier to buy a home, many banks actually tightened underwriting requirements for approvals, said Divvy CEO Hefets. So while lenders were busier than ever, much of that volume was driven by people who already owned homes refinancing with the lower rates.

Like most companies, Divvy was initially unsure as to how the pandemic would impact its business. But as the year went on — and the whole world spent more time at home than ever — the company only saw increased demand.

“We actually paused home buying for March and April and just kind of stood still waiting to see what would happen to the world,” Hefets said. “And when it felt like the world became stable again, we said, ‘Okay, let’s get back out there.’ ” 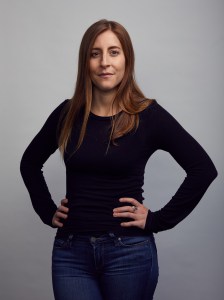 Ultimately, over the course of 2020, Divvy expanded operations from eight to 16 total markets and financed five times as many homes as it had in pre-pandemic times. It also worked with its existing customers by offering flexibility and rent relief in the way of waived late fees and flexible payment scheduling, for example.

“Mortgages were harder to get yet we were seeing this mad rush of people who wanted to move out of multifamily and downtown areas,” Hefets recalls. “So while traditional financing dried up, we saw a really good tailwind for our business.”

Divvy declined to disclose the valuation at which this round was raised but Hefets said it was “very highly oversubscribed.”

So how does Divvy work?

Divvy claims to be different from other real estate tech companies in that it aims to digitize “the archaic, data-heavy processes buyers encounter along the way.” It works with renters who want to become homeowners by buying the home they want and renting it back to them for three years “while [they build] the savings needed to own it themselves.”

Rather than buy homes and look for renters, the company does the opposite. Customers pick out a home and Divvy purchases it on their behalf with the renter contributing an initial 1-2% of the home value. They move in at closing, and pay one monthly amount. Part of that money is a “market-rate” rent and about 25% goes toward building up their savings in the house so they can put a down payment (estimated at 10% value of the home) on to purchase from Divvy later. The renters can choose to cash out their equity or purchase the home before the three years are up, if they choose. They also have the option to re-up their contract if needed, to take a bit longer to save up for a larger down payment.

Divvy started buying homes in the first half of 2018; so far, the company is seeing nearly half of those renters buying back the homes.

“Even the most experienced players in the space, maybe have low single-digit buyback rates so it’s definitely quite a bit higher than what the rest of the industry is seeing,” Hefets told TechCrunch.

“The number of people who fall outside of the traditional mortgage box is growing,” she added, with more people struggling to be able to purchase a home.

Andreessen Horowitz General Partner Alex Rampell led the first investment in Divvy. He recognizes that from the consumer perspective, it’s difficult to be able to save for a down payment “when you’re throwing away money on rent every month.”

“A huge number of people want to become homeowners but just can’t,” he said.

Rampell also appreciates that its model is not as speculative as the typical investor approach of first buying a home and then renting it out.

“So they’re not spending the first nine months after purchasing a home looking for a tenant,” he said. “They’re not speculating on an empty house and worrying what happens if they buy a home and can’t rent it out.”

For Tiger Global Partner Scott Shleifer, what Divvy has accomplished is “phenomenal.”

“Over the next ten years we believe they could help over one hundred thousand families become financially responsible homeowners,” he said in a written statement.

Looking ahead, Divvy plans to use its fresh capital in part to expand to more markets with the lofty goal of serving more than 70 million Americans in over 20 markets by year’s end beyond cities such as Atlanta, Denver, Dallas and Tampa. The 80-person company also plans to take its offering a step further by launching ancillary product offerings to take buyers throughout the home-buying journey. It already helps customers through title & escrow, inspections, negotiating and repairs. But ultimately, Divvy wants to “create a complete end-to-end experience,” from providing realtors to serving as a lender, according to Hefets.

“That’s our bigger vision,” she said. “We’re not there yet.”