Let’s get right to it.

Oh wait, one item first. Tesla earnings happened, and as always a bunch of new promises and products and timelines were laid out, including a Knight Rider-inspired steering yoke in the “Plaid” Model X. 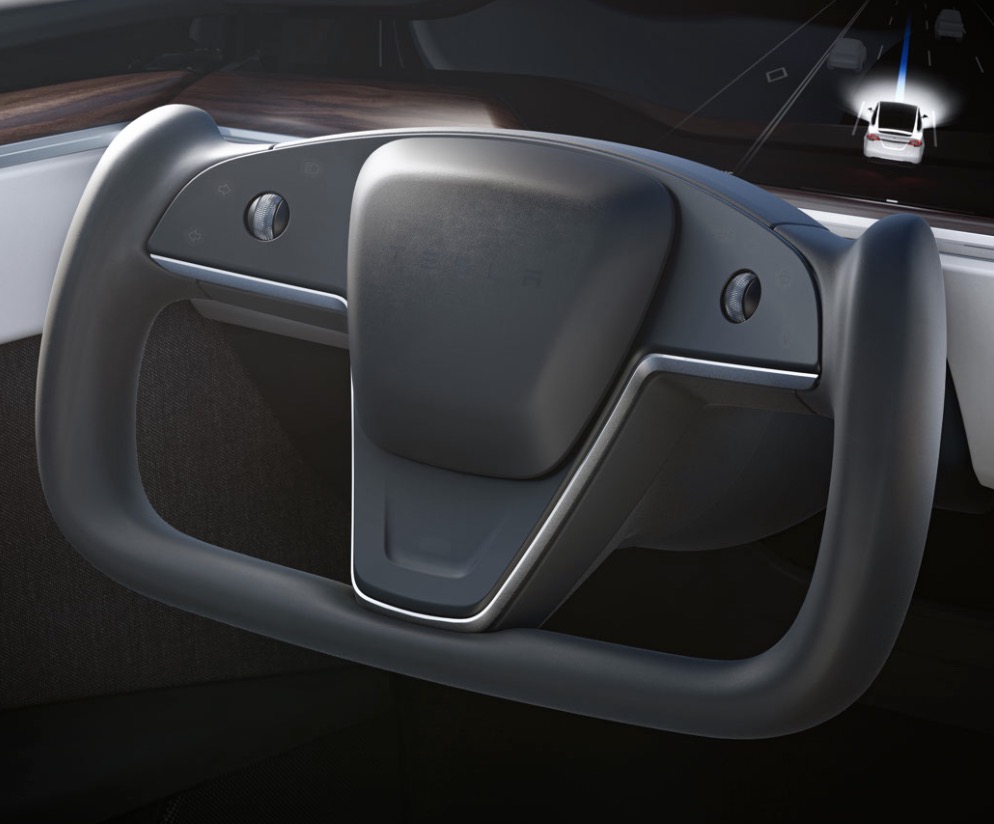 This stalkless yoke steering wheel is suboptimal (yup I said it). And it’s already getting the attention of federal safety regulators.

Yes, you’ve seen these yokes in race cars. However, the steering ratio is vastly different between race cars and the vehicle sitting in your driveway.

I’m not the only who sees this as an awkward and potentially dangerous design choice.

Tim Stevens at CNET’s Roadshow, who has a deep background in automotive, notes that a race car needs as little as 180 degrees of rotation to turn from the left-most steering extent to the right, while the average passenger car has 900 degrees of rotation from full left to right.

That matters because daily driving requires you to change the positioning of your hands on the steering wheel while making U-turns and the like. When the steering wheel is a circle, it’s an easy task. This shape can make it awkward and prone to flubbing the maneuver.

It’s true that we don’t yet know if Tesla adjusted the steering ratio. Still, a higher steering ratio introduces other potential issues. You can read Stevens’ complete thoughts here.

Lucid Motors jumped in and threw a little shade Tesla’s way with a tweet that shows a picture of the new Lucid Air steering wheel and this: “Take the wheel: The knurled metal turbines and capacitive touchbars provide intuitive control of #LucidAir DreamDrive ADAS functions. It’s also pretty nice to look at, too.”

Email me at kirsten.korosec@techcrunch.com to share thoughts, criticisms, opinions or tips. You also can send a direct message to me at Twitter — @kirstenkorosec.

After a quiet few weeks, the micromobbin’ news floodgates opened. Perhaps, it was due to the three-day Micromobility World event that was held this past week.

First up is Spin and the three-wheel scooter it rolled out with partners Segway-Ninebot and software startup Tortoise (the scooter is pictured below). The scooter has the noteworthy addition of a third wheel to make it more stable and easier to ride, important features for any micromobility company hoping to appeal to a wider demographic.

The Spin S-200 scooter, as it’s called, is also equipped with repositioning software that allows remote operators thousands of miles away to move vehicles off the sidewalk and into a proper parking spot. A fleet of about 300 Spin S-200 scooters will be tested in Boise, Idaho this spring. But the goal is much grander. Spin ultimately wants to roll out remotely operated scooters to cities in North America and Europe in 2021. 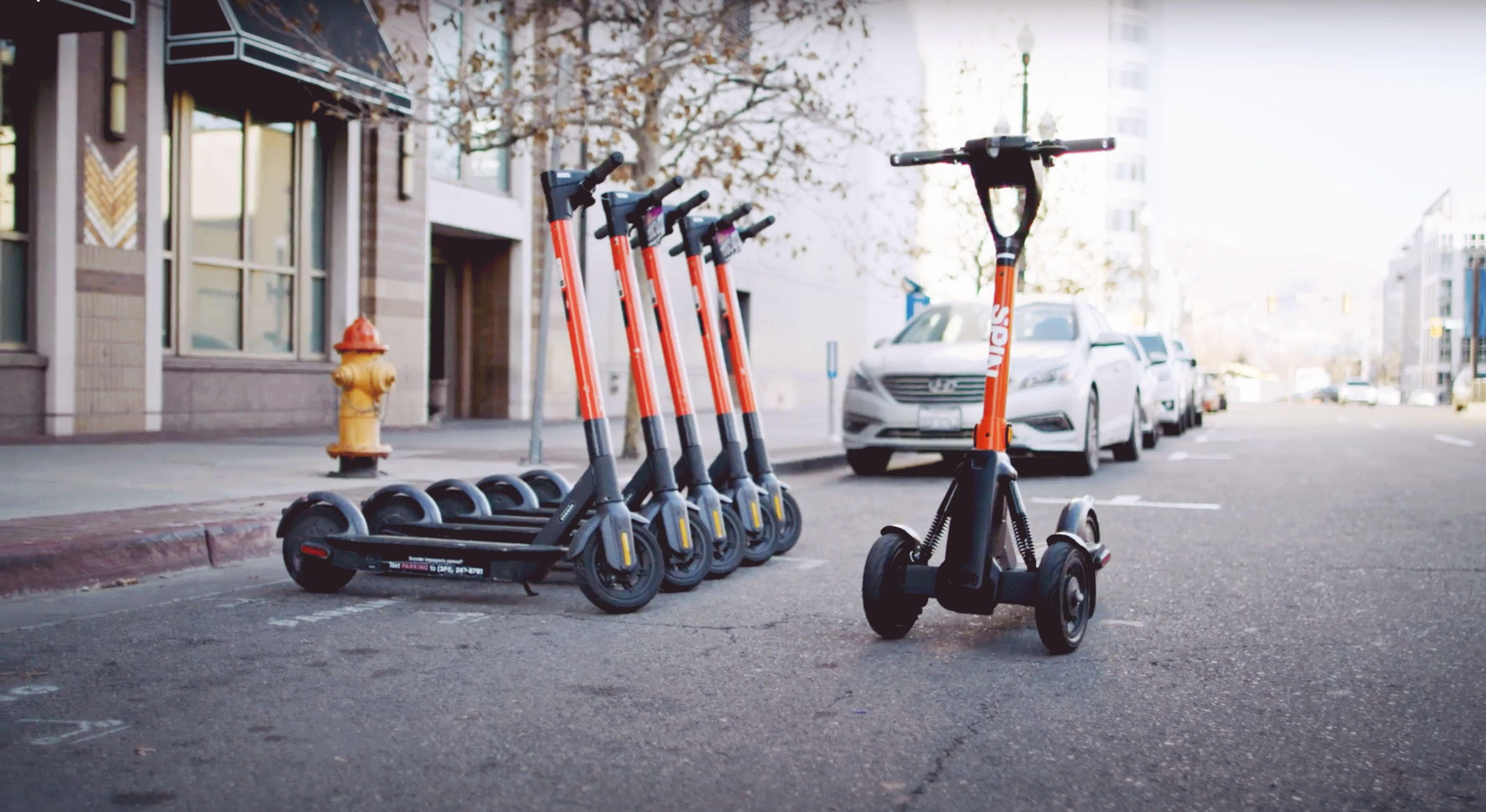 Meanwhile, Lime is adding a whole new mode to its portfolio: electric mopeds. Lime CEO Wayne Ting first hinted late last year that a “third mode” of transport beyond scooters and bikes was in the works for the first quarter of 2021.

The addition of the mode can be viewed in two ways, depending on how bullish you are about Lime. Is this a desperate attempt to appeal to its investors and find new revenue streams? Or is this a long-planned strategy aimed at owning the spectrum of inner city travel, from jaunts to the corner store to longer distance trips up to five miles?

For what it’s worth, it seems this plan has been in the works for some time, but was delayed due to COVID.

Lime plans to launch as many as 600 electric mopeds on its platform this spring in Washington, D.C. The company is also working with officials to pilot the mopeds in Paris. Eventually, the mopeds will be offered in a “handful of cities” over the next several months. 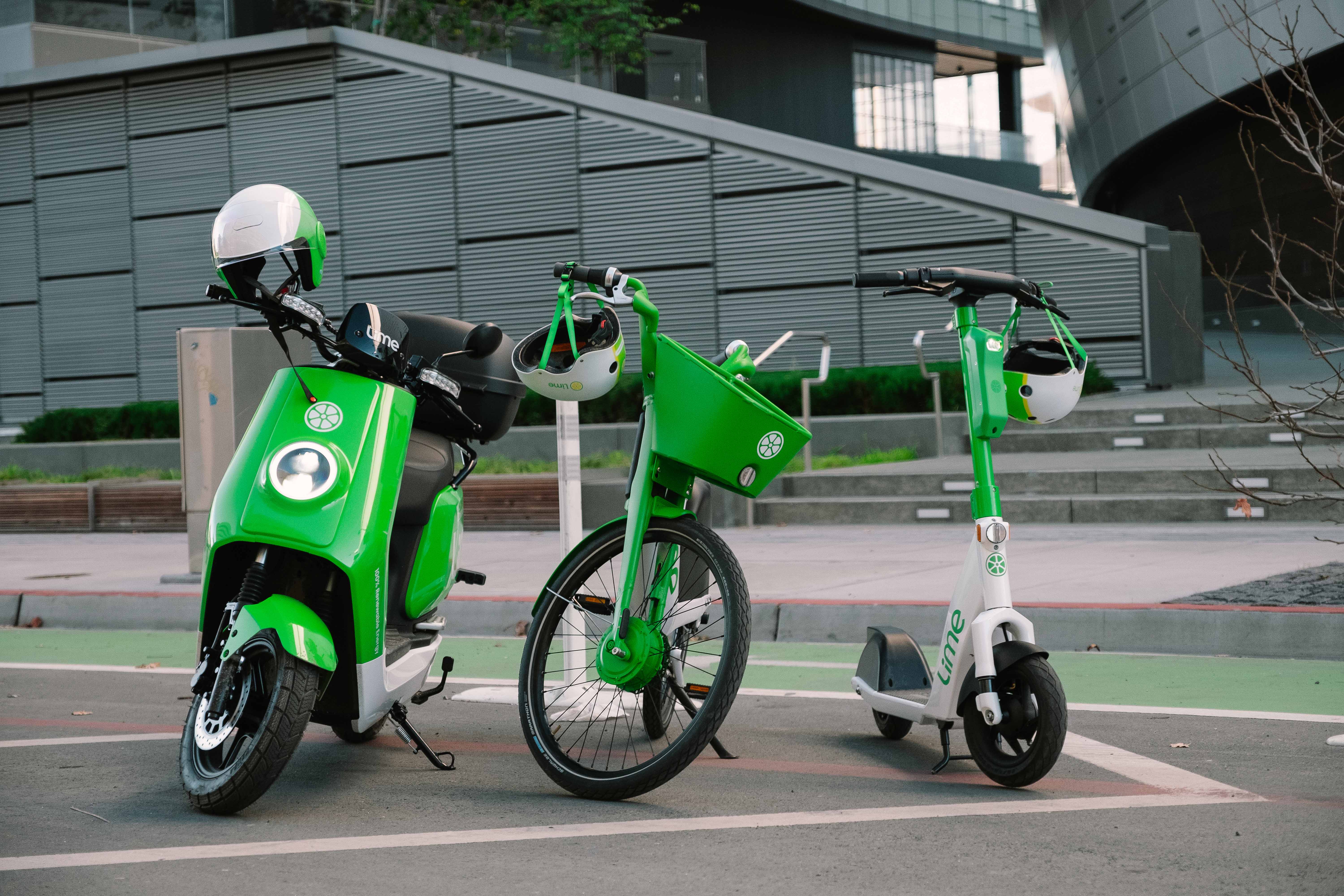 Voi Technology, the European micromobility company, is aiming to secure a license to operate in New York City. Its big selling point? The company said it has developed an electric scooter that can measure air quality as it travels through urban areas.

The Voiager 4 (V4) has been designed to contribute to lowering traffic congestion and fuels, as well as helping cities to collect data on the improvements, the company said. The scooter, which is coming out in spring, will have other features like antimicrobial handlebars, audible alarms to alert pedestrians and Near Field Communication technology that lets users unlock it with the tap of a smartphone or smart watch.

Sila Nanotechnologies raised $590 million in capital the good old-fashioned way: institutional investors and venture capital firms. (I couldn’t have a SPAC as “deal of the week” yet again.)

Sila Nanotechnologies is a Silicon Valley battery materials company that has spent the better part of a decade developing technology designed to pack more energy into a cell at a lower cost.

Sila Nano, which has a post-money valuation of $3.3 billion, plans to use the funds to hire another 100 people this year and begin to build out a factory in North America capable of producing 100 gigawatt-hours of silicon-based anode material, which is used in batteries for the smartphone and automotive industries. Sila Nano said it plans to start production at the factory in 2024. Materials produced at the plant will be in electric vehicles by 2025, according to the company, which has yet to reveal the location of the factory.

The Series F funding round was led by Coatue with significant participation by funds and accounts advised by T. Rowe Price Associates, Inc. Existing investors 8VC, Bessemer Venture Partners, Canada Pension Plan Investment Board and Sutter Hill Ventures also participated in the round.

Other deals that got my attention …

AUTO1, a used car trading platform based in Germany, set the share price for its initial per offering between €32 and €38 with an aim to raise at least €1.5 billion ($1.83 billion), Reuters reported.

Faraday Future, the electric vehicle startup that has come close to imploding numerous times in its short history, has found money where everyone else has: public markets via a SPAC. The company said it has reached an agreement to merge with Property Solutions Acquisition Corp. in a deal valuing the combined entity at $3.4 billion. Bloomberg’s article included a quote from Jordan Vogel, chairman and co-CEO of Property Solutions, that answered one of my questions.

“There are no skeletons in the closet,” he said. “We have spent an exorbitant amount of time examining the history.”

Freewire Technologies, the electric vehicle charging and power solutions company, raised $50 million in a Series C funding round led by Riverstone Holdings with participation from current shareholders bp ventures, Energy Innovation Capital, TRIREC and Alumni Ventures Group. The company said the funds will be used to boost production of its Boost Charger product and speed up its expansion into international markets.

Starship Technologies, the autonomous delivery robot startup, has raised $17 million. Despite some struggles, the company has expanded its fleet five-fold since COVID-19 swept through the European and North American markets that it operates in. Starship now has 1,000 autonomous delivery bots in its fleet.

One item that I didn’t uncover until after publication: The company’s CEO, Lex Bayer, a former sales leader from Airbnb who took over the top spot at Starship in 2018, has left the company. Ahti Heinla, Starship Technologies’ co-founder and CTO, is serving as interim CEO while the company “conducts a thorough search for the best person to lead the company into the future,” a spokesperson told me.

Wheels Up, the jet charter company, is in talks to go public through a merger with special purpose acquisition company Aspirational Consumer Lifestyle Corp, Reuters reported.

Wingcopter, the German drone technology startup, raised $22 million in a Series A round led by Silicon Valley VC Xplorer Capital, as well as German growth fund Futury Regio Growth. As TechCrunch’s Darrell Etherington notes, the company has come a long way since its founding in 2017. In the past four years, Wingcopter has developed, built and flown its heavy-lift cargo delivery drone, which offers all the benefits of vertical take-off and landing with the advantages of fixed-wing aircraft for longer-distance horizontal flight.

Zadar Labs, an early-stage startup that is developing high-resolution, low-cost imaging radars for autonomous systems, raised $5.6 million in seed funding led by Tim Kentley Klay — yes the Tim Kentley Klay who co-founded Zoox, was ousted as CEO by the board and has since gone on to found a new AV startup called HYPR. Other investors include Leslie Ventures, Jeff Rothschild, Plug and Play and Mentors Fund.

GM is hardly the first company to pledge to become carbon neutral by [insert some distant date]. But GM’s announcement this past week is different than other sustainability promises and platitudes.

I’m actually surprised it didn’t receive more attention. I guess Robinhood and GameStop were too intriguing.

In short: GM pledged to be carbon neutral by 2040, a goal it will achieve by removing emissions from all of its products and global operations as well as offsetting those emissions through carbon credits or carbon capture.

To be clear, when I spoke to GM, I heard words like “hope” and “aspire to.” But when pressed, the company said “yes, this a real goal.”

Moving its portfolio, which today is dominated by internal combustion engine vehicles, will be a transition, a GM spokesperson told TechCrunch, adding that the main priority is to bring employees along in that shift.

A “transition” doesn’t adequately articulate what will need to happen to pull off a goal of this size and scope. Yes, there are new EVs coming in the pipeline. And GM has committed to spend $27 billion over the next five years on the development of electric vehicles and automated technology, a 35% increase that exceeds the automaker’s investment in gas and diesel.

But a look across its current portfolio and there’s no denying that GM is a maker of gas and diesel vehicles.

Will these vehicle models cease to exist or will they be “electrified?” How quickly will GM be able to transition its numerous factories to reflect its “only electric” mission? How will its workforce respond?

My questions abound. I am confident to make this prediction: The next decade at GM is going to be a wild ride.

AutoX’s next big move in China

I was just thinking to myself, “what is AutoX up to?” when I saw their latest announcement. The Chinese autonomous vehicle company, which has also been developing and testing its tech in the U.S., opened its robotaxi pilot program to the public in Shenzhen. These robotaxis can be hailed and do not have a human safety operator behind the wheel.

It’s a milestone for the company and the country. AutoX said this is the first time that the general public will be able to book a completely autonomous robotaxi without accompanying safety drivers in China. Once a person registers, they can book rides through AutoNavi, the mapping and transportation-booking app owned by Alibaba, one of the startup’s investors.

You might recall that AutoX opened in April 2020 an 80,000-square-foot Shanghai Robotaxi Operations Center, following a 2019 agreement with municipal authorities to deploy 100 autonomous vehicles in the Jiading District. The vehicles in the fleet were assembled at a factory about 93 miles outside of Shanghai.

The Shanghai operations center marked an escalation of AutoX’s ambitions that have expanded over the past year.

AutoX has now set up a robotaxi operations center in Shenzhen to support this new driverless program. The company says this new facility is more advanced than the previous operations centers it built in Shanghai.