LottieFiles, a platform for JSON-based Lottie animations, has raised a Series A of $9 million. The round was led by M12, Microsoft’s venture capital arm, with participation from returning investor 500 Startups.

Based in San Francisco and Kuala Lumpur, LottieFiles was founded in 2018. The platform includes Lottie creation, editing and testing tools, and a marketplace for animations. It now claims about one million users from 65,000 companies, including Airbnb, Google, TikTok, Disney and Netflix, and 300% year-over-year growth. The new funding brings its total raised to about $10 million.

Smaller than GIF or PNG graphics, Lottie animations also have the advantage of being scalable and interactive. It was introduced as an open-source library by Airbnb engineers six years ago and quickly became popular with app developers because Lottie files can be used across platforms without additional coding and edited after shipping. 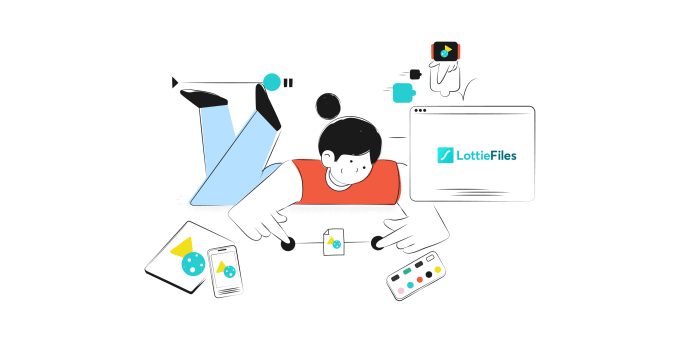 An illustration from animation startup LottieFiles

LottieFiles co-founder and chief executive officer Kshitij Minglani told TechCrunch the startup originally started as a community for designers and developers, before adding tools, integrations and other resources. It launched its marketplace during the COVID-19 lockdown, with 70% of earnings going directly to creators, and also has a list of animators who are available for hire.

LottieFiles’ core platform and tools are currently pre-revenue, with plans to monetize later this year. “It’s not often a revolutionary format comes about and disrupts an entire industry, saving tons of precious design and development hours,” said Minglani. “We didn’t want to stunt the adoption of Lottie by monetizing early on.”

The new funding will be used on LottieFiles’ product roadmap, expanding its infrastructure and increasing its global user base.