Years ago, Uber had a problem. With millions of users and tens of thousands of drivers scattered across a widening expanse of the globe, the fast-growing mobility startup wanted to display more accurate maps to users about where their ride was coming from and where it was intending to go to reach its destination. The challenge is that geospatial datasets can easily reach into the petabytes, so how do you transmit and visualize such data — particularly on mobile?

“We were tasked with this massive planetary dataset,” Sina Kashuk explained about the purpose of Uber’s data visualization team, and “if money wasn’t an object, how would you architect this so that it would have the best performance?” That was the active problem that confronted a quad of engineers and data scientists tasked with solving the problem. Kashuk, Shan He, Isaac Brodsky and Ib Green collectively spent about 16 years at Uber, and they and their teammates at Uber built up what is today Uber’s extensive geospatial data visualization system. He, Brodsky and Green had joined Uber around 2014 and 2015, while Kashuk joined later in 2017.

Thankfully, the code they developed wasn’t locked inside the Uber app — core elements of their engineering were open-sourced into two libraries: Kepler.gl, a web application that can take geospatial datasets and visualize them, and Deck.gl, which offers an extensible application framework for processing geospatial datasets and preparing them for visualization. According to Kashuk, Green was one of the leaders in the development of Deck.gl, and He developed Kepler.gl a year later using Deck.gl as a base. Both libraries remain in active development on GitHub and through Uber’s Visualization team.

Eventually, the quad realized that they could offer services on top of these libraries to other businesses, given some of the interest they were seeing with the open-source projects. “What we realized is that [these libraries] are all mature and they are ready to go to the market [and] there is opportunity beyond usage at Uber, and we thought that we can take these technologies to the next level,“ Kashuk said. The four departed Uber and eventually came together to create Unfolded.ai in late 2019. 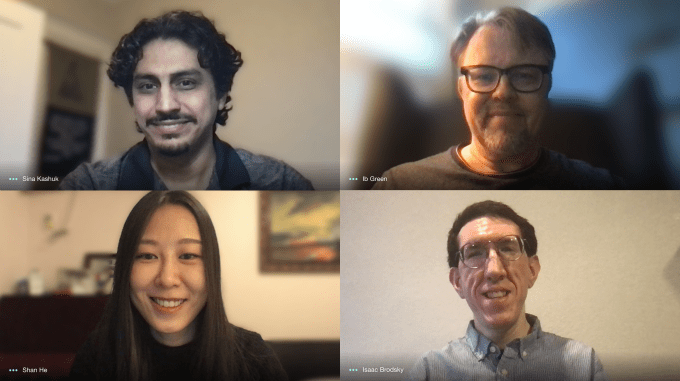 The team first funded their operations with some consulting projects, including with Google Earth, but now it has raised a seed round to further expand the team and its ambitions. To date according to Kashuk, Unfolded has raised a bit more than $6 million, with a seed round that closed last week led by Shvet Jain at S28 Capital with participation from other firms including Fontinalis Ventures. Auren Hoffman wrote the first personal check into the company, and the first institutional VC was IA Ventures.

Some of the first customers of the Unfolded platform have been in agtech, including a company called Indigo Agriculture, which focuses on helping farmers grow crops and livestock sustainably. Unfolded sees potential in many markets where location data intersects business, but for now, remains mostly heads down building out its platform and readying itself for more customers.