German drone technology startup Wingcopter has raised a $22 million Series A – its first significant venture capital raise after mostly bootstrapping. The company, which focuses on drone delivery, has come a long way since its founding in 2017, having developed, built and flown its Wingcopter 178 heavy-lift cargo delivery drone using its proprietary and patented tilt-rotor propellant mechanism, which combines all the benefits of vertical take-off and landing with the advantages of fixed-wing aircraft for longer-distance horizontal flight.

This new Series A round was led by Silicon Valley VC Xplorer Capital, as well as German growth fund Futury Regio Growth. Wingcopter CEO and founder Tom Plümmer explained in an interview that the addition of an SV-based investor is particularly important to the startup, since it’s in the process of preparing its entry into the U.S., with plans for an American facility, both for flight testing to satisfy FAA requirements for operational certification, as well as eventually for U.S.-based drone production.

Wingcopter has already been operating commercially in a few different markets globally, including in Vanuatu in partnership with Unicef for vaccine delivery to remote areas, in Tanzania for two-way medical supply delivery and in Ireland where it completed the world’s first delivery of insulin by drone beyond visual line of sight (BVLOS), the industry’s technical term for when a drone flies beyond the visual range of a human operator who has the ability to take control in case of emergencies. 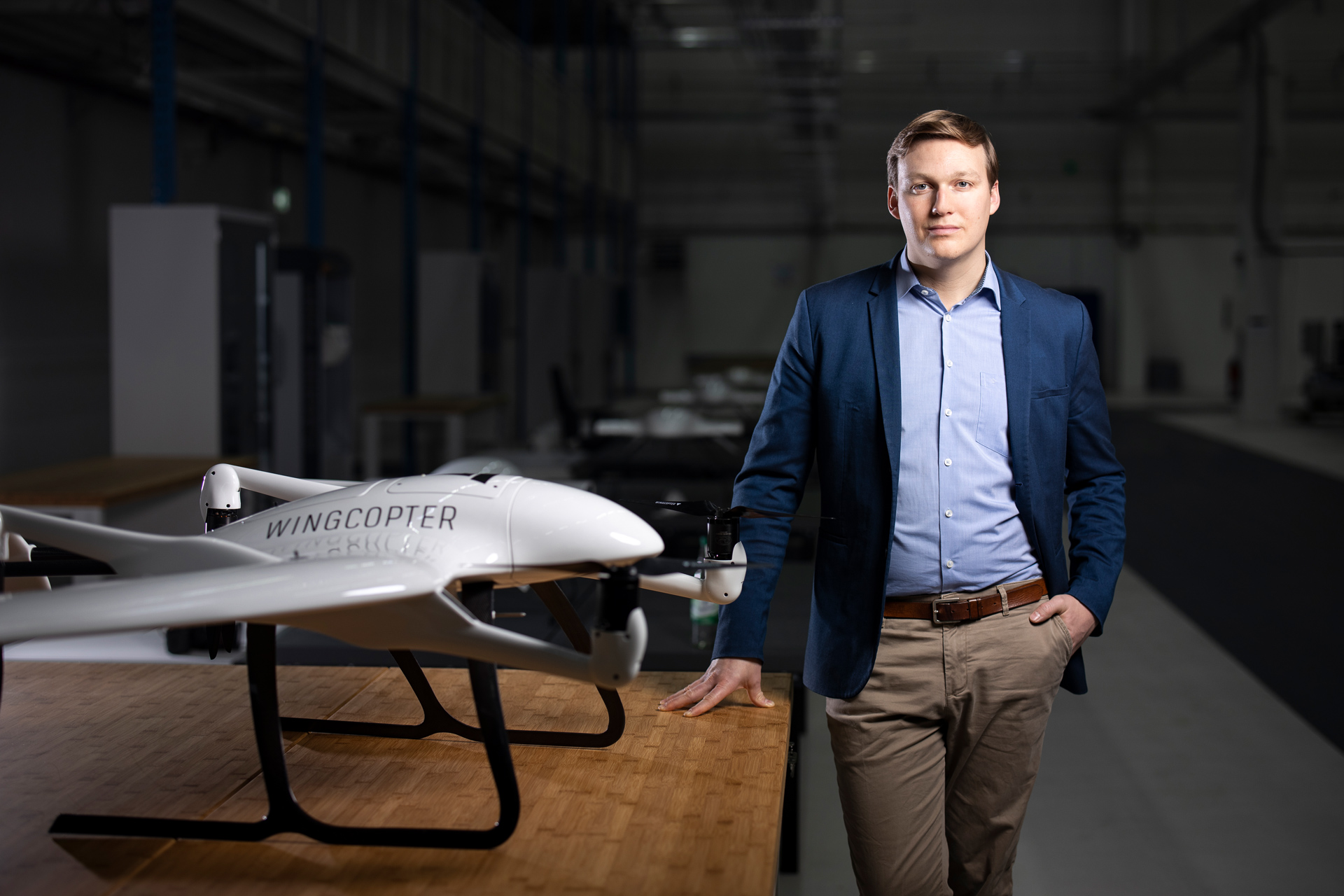 While Wingcopter has so far pursued a business as an OEM manufacturer of drones and has had paying customers eager to purchase its hardware effectively since day one (Plümmer told me that they had at least one customer wiring them money before they even had a bank account set up for the business), but it’s also now getting into the business of offering drone delivery as a service. After doing the hard work of building its technology from the ground up and seeking out the necessary regulatory approvals to operate in multiple markets around the world, Plümmer says that he and his co-founders realized that operating a service business not only meant a new source of revenue, but also better served the needs of many of its potential customers.

“We learned during this process, through applying for permission, receiving these permissions and working now in five continents in multiple countries, flying BVLOS, that actually operating drones is something we are now very good at,” he said. This was actually becoming a really good source of income and ended up actually making up more than half of our revenue at some point. Also looking at scalability of the business model of being an OEM, it’s kind of [ … ] linear.”

Linear growth with solid revenue and steady demand was fine for Wingcopter as a bootstrapped startup founded by university students supported by a small initial investment from family and friends. But Plümmer says the company saw so much potential in the technology it had developed and the emerging drone delivery market, that the exponential growth curve of its drone-delivery-as-a-service model helped make traditional VC backing make sense. In the early days, Plümmer says Wingcopter had been approached by VCs, but at the time it didn’t make sense for what they were trying to do; that’s changed.

“We were really lucky to bootstrap over the last four years,” Plümmer said. “Basically, just by selling drones and creating revenue, we could employ our first 30 employees. But at some point, you realize you want to really plan with that revenue, so you want to have monthly revenues, which generally repeat like a software business — like software as a service.” 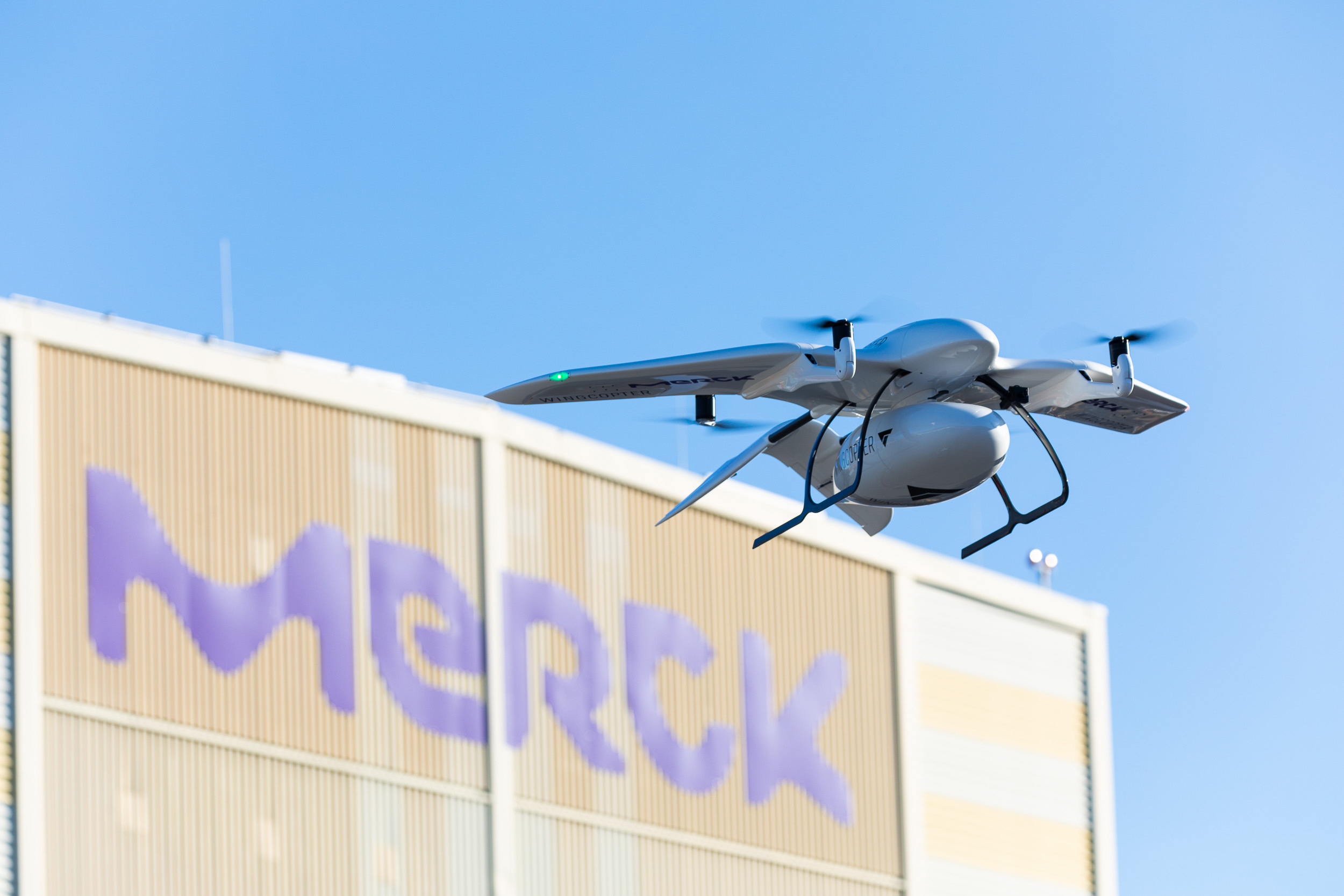 Wingcopter has also established a useful hedge regarding its service business, not only by being its own hardware supplier, but also by having worked closely with many global flight regulators on their regulatory process through the early days of commercial drone flights. They’re working with the FAA on its certification process now, for instance, with Plümmer saying that they participate in weekly calls with the regulator on its upcoming certification process for BVLOS drone operators. Understanding the regulatory environment, and even helping architect it, is a major selling point for partners who don’t want to have to build out that kind of expertise and regulatory team in-house.

Meanwhile, the company will continue to act as an OEM as well, selling not only its Wingcopter 178 heavy-lift model, which can fly up to 75 miles, at speeds of up to 100 mph, and can carry payloads up to around 13 lbs. Because of its unique tilt-rotor mechanism, it’s not only more efficient in flight, but it can also fly in much windier conditions — and take-off and land in harsher conditions than most drones, too.

Plümmer tells me that Wingcopter doesn’t intend to rest on its laurels in the hardware department, either; it’s going to be introducing a new model of drone soon, with different capabilities that expand the company’s addressable market, both as an OEM and in its drones-as-a-service business.

With its U.S. expansion, Wingcopter will still look to focus specifically on the delivery market, but Plümmer points out that there’s no reason its unique technology couldn’t also work well to serve markets including observation and inspection, or to address needs in the communication space as well. The one market that Wingcopter doesn’t intend to pursue, however, is military and defense. While these are popular customers in the aerospace and drone industries, Plümmer says that Wingcopter has a mission “to create sustainable and efficient drone solutions for improving and saving lives,” and says the startup looks at every potential customer and ensures that it aligns with its vision — which defense customers do not.

While the company has just announced the close of its Series A round, Plümmer says they’re already in talks with some potential investors to join a Series B. It’s also going to be looking for U.S.-based talent in embedded systems software and flight operations testing, to help with the testing process required by its certification from the FAA.

Plümmer sees a long tail of value to be built from Wingcopter’s patented tilt-rotor design, with potential applications in a range of industries, and he says that Wingcopter won’t be looking around for any potential M&A until it has fully realized that value. Meanwhile, the company is also starting to sow the seeds of its own potential future customers with training programs in drone flights and operations it’s putting on in partnership with UNICEF’s African Drone and Data Academy. Wingcopter clearly envisions a bright future for drone delivery, and its work in focusing its efforts on building differentiating hardware, plus the role it’s playing in setting the regulatory agenda globally, could help position it at the center of that future.