We are all pumping out data into the cloud. Some of it we’d like to keep forever. Emortal is a startup that wants to help you organize, protect, preserve and pass on your “digital legacy” and protect it from becoming unreadable, otherwise known as “bit-rot.” The project has received backing from the legendary Vint Cerf, one of the co-creators and founding fathers of the internet.

Emortal, which has been in engineering R&D for more than 10 years, has raised $5.7 million from “friends and family.” It is now raising $2.7 million in crowdfunding on the U.K.’s Crowdcube platform, following what it says was a successful BETA test.

The company will use Google architecture to preserve digital memories — photographs, documents, correspondence, videos, interviews and more – indefinitely into the future. The idea is that this will ensure that as operating systems, devices and tech evolves, your entire digital legacy will remain safe, secure and accessible — to only those you choose. 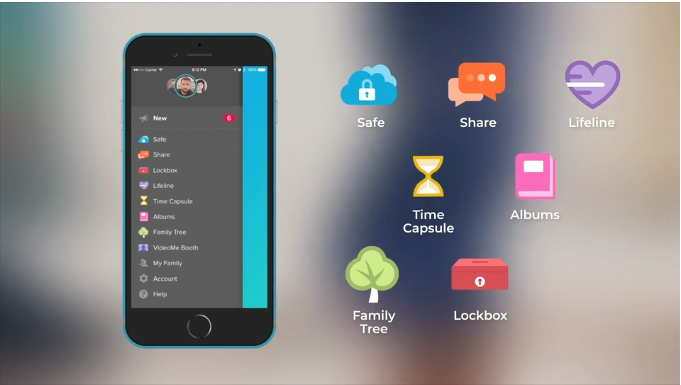 The platform is now set to be launched in the U.K. and U.S. in Q3 this year and will be designed for occasional considered use, for example when taking a picture at a christening, rather than saving every photo you take. It will charge a flat, standard subscription fee of £4.99 a month.

Cerf said in a statement: “The cornerstone of the Emortal proposition is to tie data preservation in with digital legacy protection to ensure that our digital memories are safe and accessible for generations to come.”

Colin Culross, founder and CEO of Emortal said: “We are keen to use the Crowdcube platform for this raise because Emortal is a service designed for ALL families. We believe the most powerful way for the business to grow is to have thousands of our customers investing in the business.”