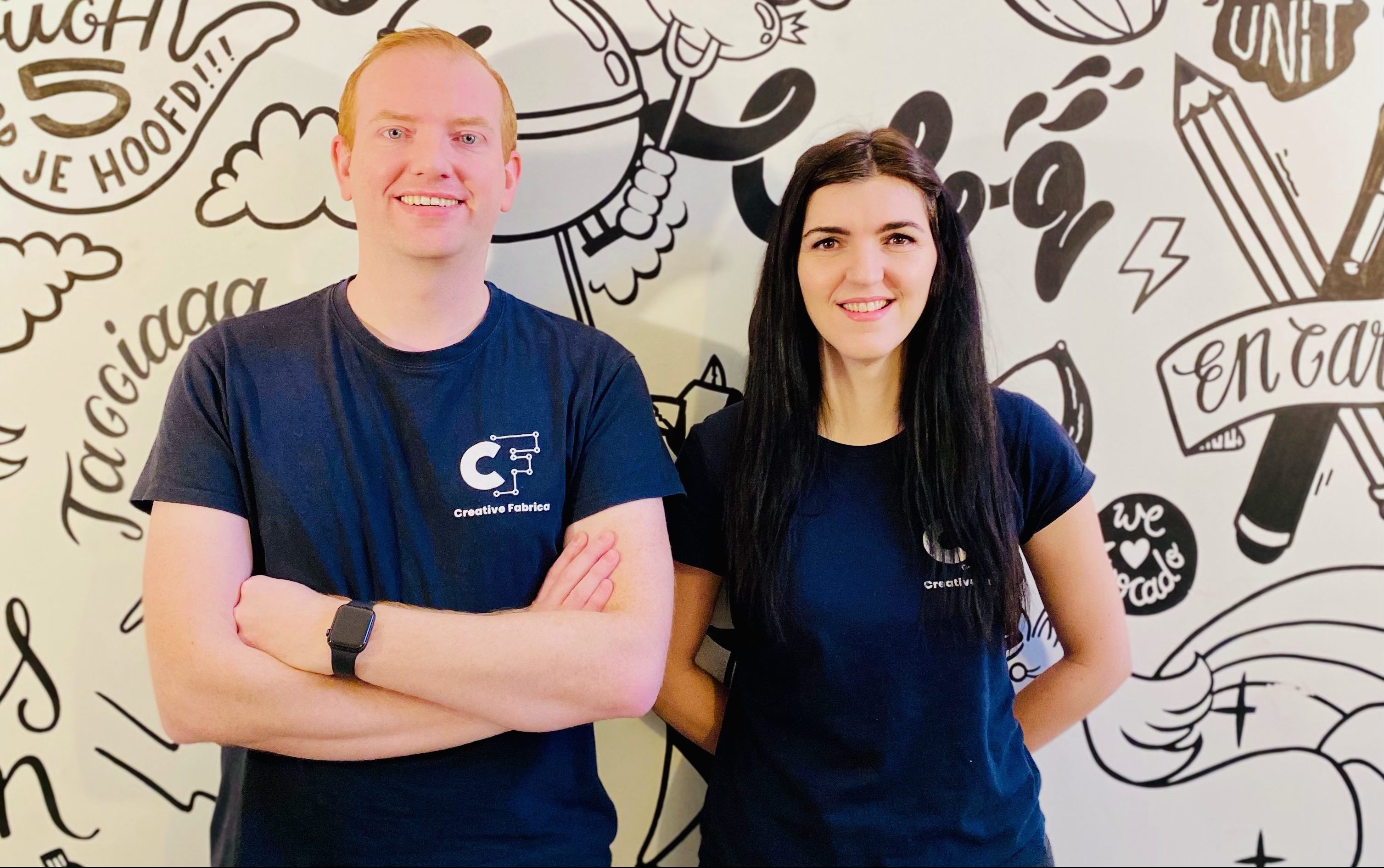 Creative Fabrica is best known as a marketplace for digital files, like fonts, graphics and machine embroidery designs, created for crafters. Now the Amsterdam-based startup is planning to expand into new verticals, including yarn crafts and projects for kids, with a $7 million Series A round led by Felix Capital. FJ Labs and returning investor Peak Capital also participated.

The new funding brings Creative Fabrica’s total raised to about $7.6 million, including its 2019 seed round.

Before launching Creative Fabrica in 2016, co-founders Anca Stefan and Roemie Hillenaar ran a digital agency. The startup was created to make finding digital files for creative projects easier. It started as a marketplace, but now also includes a showcase for finished projects, tools for creating fonts and word art, and a subscription service called the Craft Club. The company currently claims more than one million users around the world, with about 60% located in the United States and 20% in the United Kingdom, Canada and Australia.

Creative Fabrica’s sellers make money in a couple of ways. If their digital assets are purchased individually, they get 50% of revenue. Files downloaded through the subscription service are assigned points, with creators receiving revenue at the end of the subscription period based on the number of points they accumulate.

Hillenaar, the company’s chief executive officer, told TechCrunch that Creative Fabrica launches new verticals based on what they see users sharing on their platform. For example, its designs are often used for die-cutting, and it recently launched POD (print on demand) files and digital embroidery verticals based on user interest.

Many of the files sold on Creative Fabrica include a commercial license and about 35% of its users actively sell the crafts they make. There are several other marketplaces that offers digital downloads for crafters and designers, including Etsy and Creative Market. Hillenaar said Creative Fabrica’s automated curation gives it more control over copyright infringement than Etsy, which means its users have more assurance that they can sell things made with its files without running into issues. While Creative Market also sells fonts, vector graphics and other files, it is mostly targeted toward publishers and website designers. Creative Fabrica’s focus on crafters means it files are designed to work with home equipment like Silhouette, a die-cutting machine.

Creative Fabrica also focuses on the entire creative process of a crafter or the “full funnel,” Hillenaar added. For example, someone who wants to make decorations for a birthday party can look through projects shared to the platform for inspiration, download digital materials and then start crafting using Creative Fabrica’s tutorials. Since many of Creative Fabrica’s crafts involve equipment like desktop die-cutting machines or sewing and embroidery machines, the platform offers a series of comprehensive tutorials to help crafters get started.

As Creative Fabrica expands into verticals like yarn crafts (it already offers knitting and crochet patterns) and kids’ projects, it’ll compete more directly with a site likes Ravelry, which many yarn crafters rely on for patterns and services like Kiwi Crate that supply materials and instructions for children. Hillenaar said Creative Fabrica’s value proposition is focusing on the many people who take part in several different kinds of crafts.

According to a report from the Association for Creative Industries, about 63% of American households are involved with some form of craft. Out of that number, most partake in multiple kinds of projects.

“Somebody who is knitting is also likely to do die-cutting or woodworking, or another type of craft,” he said. “We believe that with our holistic view on this market we can cater to your whole creative crafting side instead of focusing on just one niche.”