Bolt Mobility’s rise and Last Mile’s demise captures the uncertainty that plagued micromobility companies in the past year as the COVID-19 pandemic upended business models that were, in some cases, already on shaky ground.

Bolt Mobility and Last Mile were both negatively affected by the COVID-19 pandemic. Bolt Mobility, for instance, had to shut down in several markets in early 2020 due to the pandemic. The company rebounded after it tweaked its business model and began to partner with local operators, added GM’s former VP global design Ed Welburn as an adviser and came out with a new scooter equipped with dual brakes, 10-inch wheels, LED lights, swappable batteries with 25 miles of range and NanoSeptic surfaces on its handlebars and brake levers designed to rid these common contact points of germs and bacteria.

If Last Mile Holdings doesn’t sound familiar, the brands it once owned might. Last Mile was a holding company that owned the OjO Electric scooters and Gotcha Mobility, which had a portfolio of electric trikes, scooters and bikes. The company acquired Gotcha in a $12 million cash and stock deal that closed in March 2020.

As Bolt Mobility grew, with its customer base hitting 300,000 users in 2020, Last Mile hit headwinds. Last Mile Holdings, which traded on the Toronto Stock Exchange under MILE, ended up selling its U.S. assets in an auction. Bolt Mobility acquired substantially all of the assets of the company for a credit bid of $3 million, according to a filing at the end of the year.

Those assets include 8,500 new devices, including e-scooters, e-bikes, pedal bikes and sit-down cruisers and licenses to operate in 48 new markets, the majority of which (more than 30) are exclusive contracts, according to Bolt CEO Ignacio Tzoumas. The 48 new markets include 18 university campuses.

“The acquisition represents a significant expansion for Bolt on all fronts,” Tzoumas said, adding that the company brought on former Gotcha Chief Operating Officer Matt Tolan, who will now serve as Bolt’s chief commercial officer, as well as about 20 team members who were formerly a part of Gotcha’s tech and operations teams.

Riders in Bolt’s new markets will continue to be able to access and use the e-scooters, e-bikes and pedal bikes through the Gotcha Mobility and Ojo Electric iOS and Android mobile apps. Bolt is working with cities and universities to transition these markets to Bolt’s platform. The acquisition adds e-bikes to the Bolt platform for the first time. Although, the company was already developing its own line of e-bikes that it plans to launch later this year. 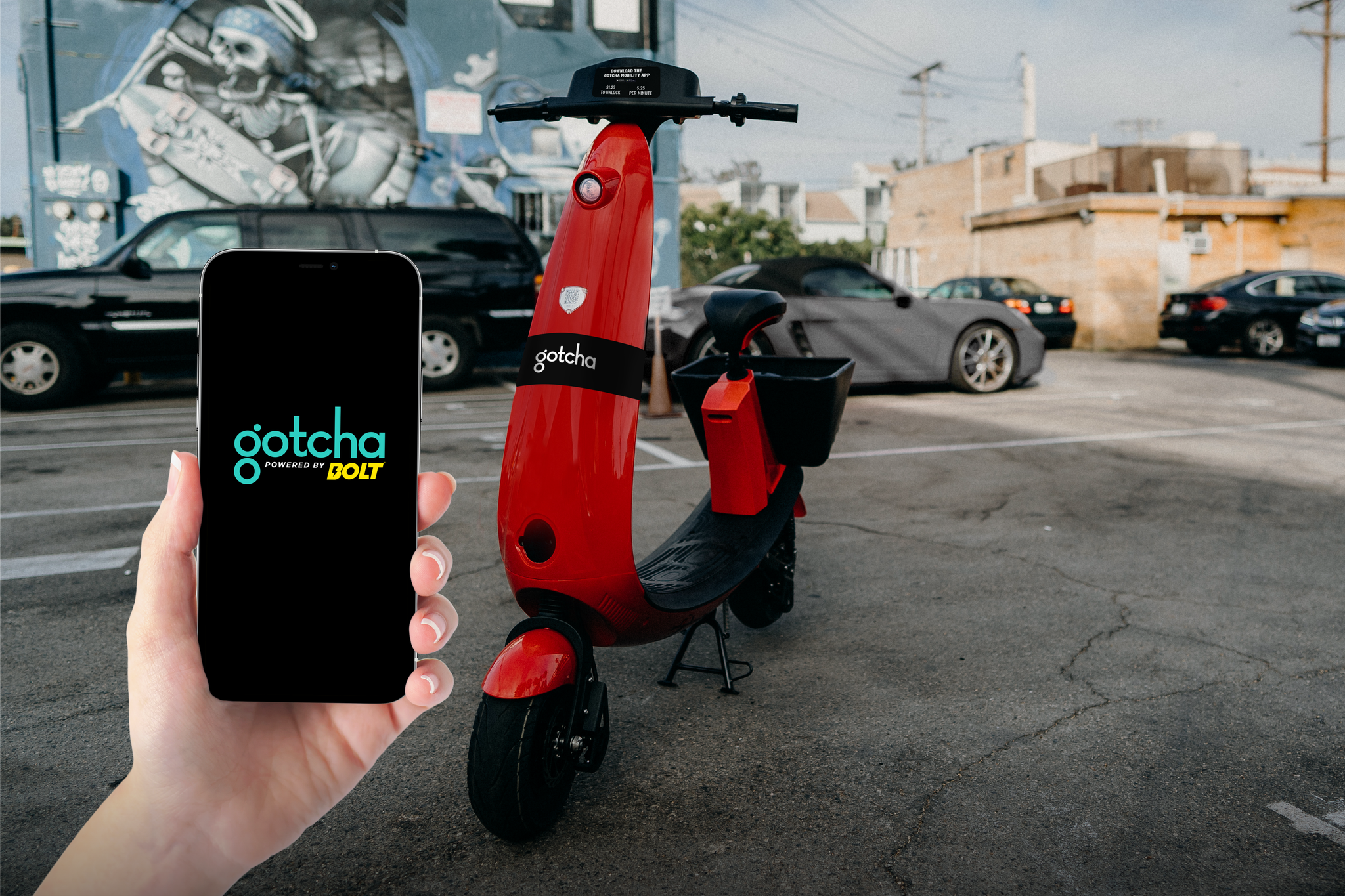 Bolt credits its new business model for helping it survive and even thrive in 2020. Instead of continuing to handle the complex and expensive task of fleet management and operations, Bolt decided to partner with local companies. These partners operate Bolt’s fleets on the ground in each individual market. This customizable approach allowed for a business partnership model in select markets where Bolt leased scooters to delivery workers, restaurants and other small businesses, the company said.

By July, Bolt and its partners were operating in five new or re-launched markets. Bolt also has a backlog of agreements with partners for an additional 20 markets that the acquisition is primed to fulfill, according to the company.

Tzoumas said Bolt was able to execute the deal without taking on any additional debt, and “under terms that will allow us to continue devoting our resources to expanding and improving our services in all of the markets where we operate.” The acquisition was funded in part by Fuel Venture Capital, an existing Bolt investor.  Bolt is also backed by Sofreh Capital and The Yucaipa Companies.

“We founded Bolt because we believe in micromobility as a movement that can transform the way people live and move within their communities,” Usain Bolt said in a statement. “This expansion proves that anything is possible for micromobility when you support it with talented people, innovative technology, and the incredible work ethic of the Bolt team.”

Backed by Serena Williams and Usain Bolt, Let’s Do This raises $15M from EQT