I suspect it will be a while before I get excited over wireless earbuds. It’s not for a lack of trying on the part of manufacturers. In fact, quite the contrary. The category actually matured quite quickly, compared to various other verticals in the consumer electronics space. The truth is, most major hardware makers have gotten pretty decent at making a pair of wireless buds — many for pretty cheap.

Samsung’s been in that category for a while now. I’ve liked the last several models I’ve tried from the company. The sound quality has been good, they’re generally pretty comfortable — a good experience, all around. In fact, one of the issues I’ve raised the last couple of times is the fact that Samsung didn’t offer its own equivalent to products like the AirPods Pro and Sony WF-1000XM3 (though that latter reference is starting to become a bit dated).

It’s a hole in the lineup now filled by the Galaxy Buds Pro, which slot in the high end, above the Galaxy Buds Live and Galaxy Buds+. The naming conventions could be streamlined a bit, but it’s a small complaint in the grand scheme. At $199, the Pros are $30 more than the Live and $50 more than the Pluses. More importantly, it puts them at $50 less than the AirPods Pro – their clearest analogue. 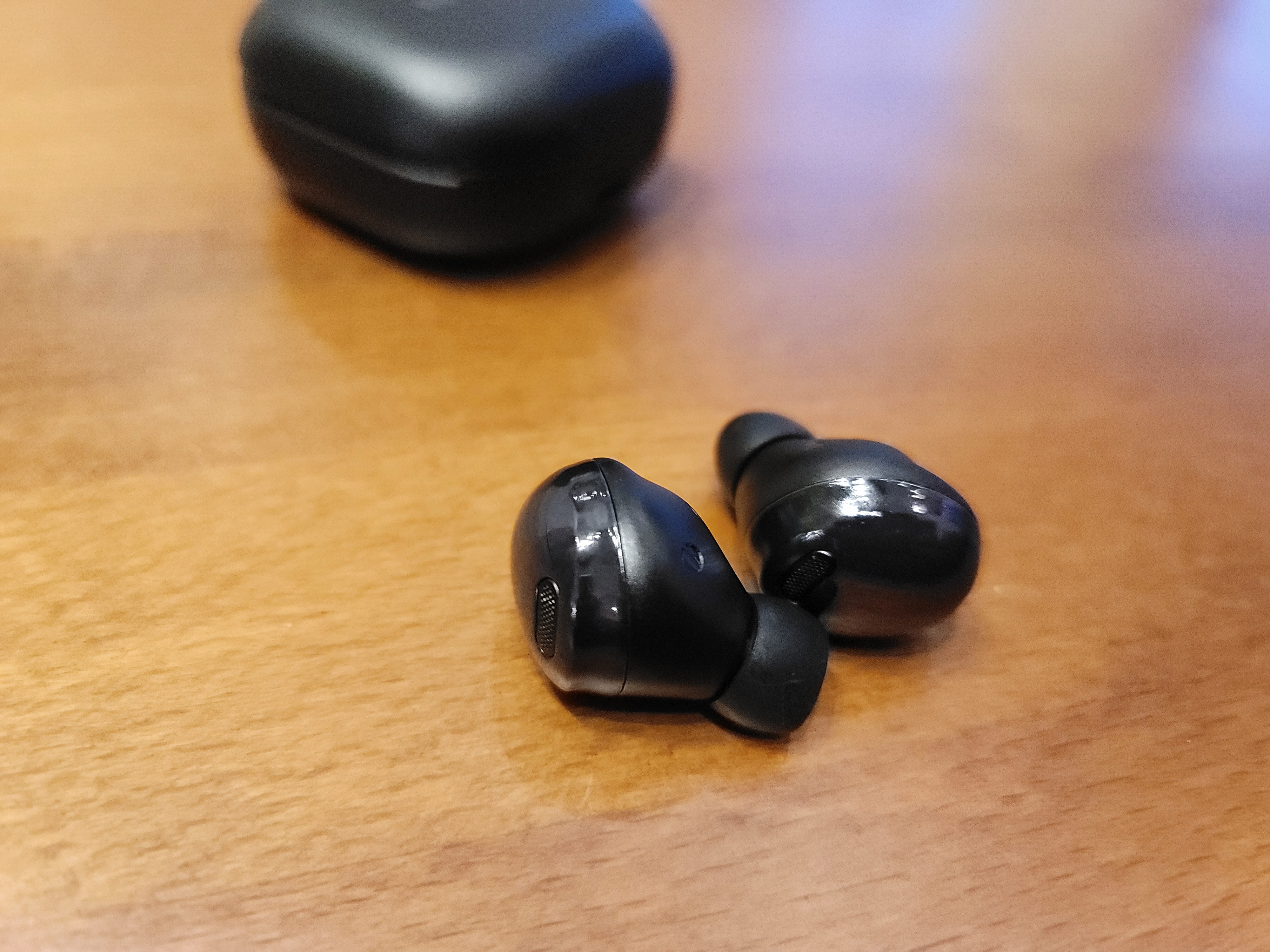 And like Apple’s Pro buds, the Galaxy Buds are very specifically designed to operate with Samsung’s devices. You can still pair them with other Android handsets, but you’re going to lose key parts of the software integration. This honestly seems to be the way things are headed, with practically every smartphone company also manufacturing their own headphones. And certainly Samsung’s got enough market share that such a play makes sense.

If you do want to use them on another Android device, you can pair them by downloading the Galaxy Wearables app. You can pair them manually without the app, but you’ll lose a bunch more features in the process. Like past Galaxy Buds models, there’s no physical button on the case for pairing.

After several generations of devices, Samsung’s certainly got the foundation in place. And its purchase of Harman/AKG in 2017 has clearly played a key role in its ability to create some quality audio accessories. All of that comes into play here. Samsung’s made some solid choices on the design front. The charging case is remarkably compact. I was actually a bit surprised when I opened the package. It’s not nearly as long as the AirPods case, though it is a bit thicker. In any case, it’s certainly compact enough to carry around, unlike, say the Powerbeats Pro.

The battery claims are pretty impressive, given the size. The company rates the buds at five hours each and 28 hours with the case. Turn off active noise canceling and Bixby (I’ll let you guess which of those two I won’t miss) and the numbers bump up to eight and 20 hours, respectively. I will say that I was able to confidently bring the headphones with me on one of my lengthy morning sabbaticals without worrying about packing the case. That’s not something I can say about every wireless earbud. 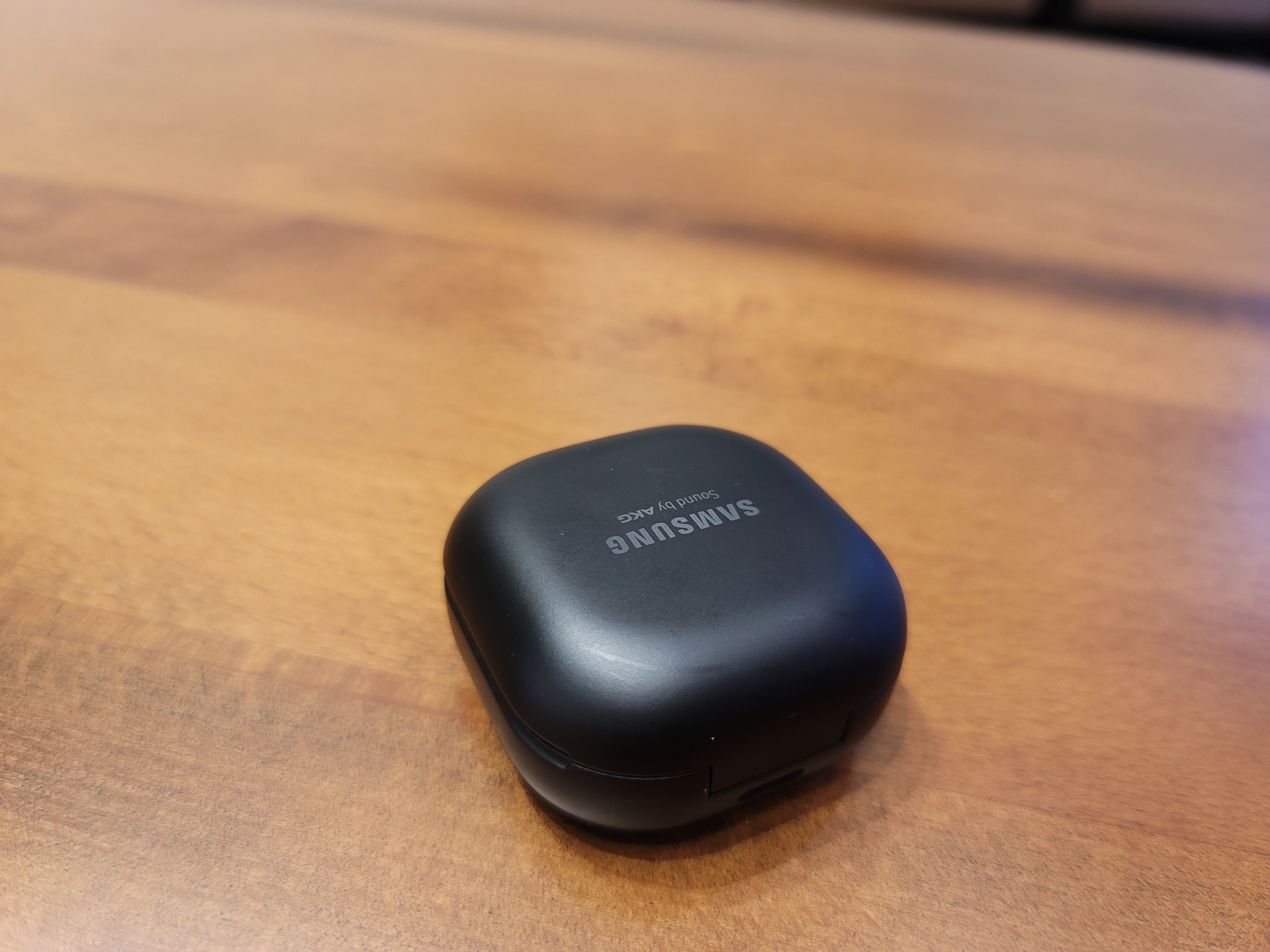 The headphones sport an 11-millimeter woofer and 6.5-millimeter tweeter. I found the sound to be an overall good mix, whether listening to music or a podcast. If you’re so included, you can also fiddle with the equalizer in the wearable app. It features six presets, rather than sliders, so it’s an imperfect science. But I didn’t really feel the need to mess around in there much.

The active noise canceling is solid, as well (okay, I admit it, Bixby is the one I’d drop in a heartbeat). I wasn’t really aware at how good a job it was doing drowning out street noise until I switched it off — this can be accomplished with a long press on the side touch panel or through the app. By default the former switches between ANC and transparent mode, skipping the off mode in the middle. Like the equalizer, you an adjust the level of ANC here — either high or low.

If you’re a Samsung true believer, Seamless Switch can be enabled, allowing you to, say, switch between a tablet and a phone when a call comes in. Other neat Samsung-specific features include the ability to use the buds as a kind of makeshift lavalier mic while recording video on the Galaxy S21. The SmartThings app can also be used to find misplaced buds. All in all, Samsung is clearly building up its ecosystem here. 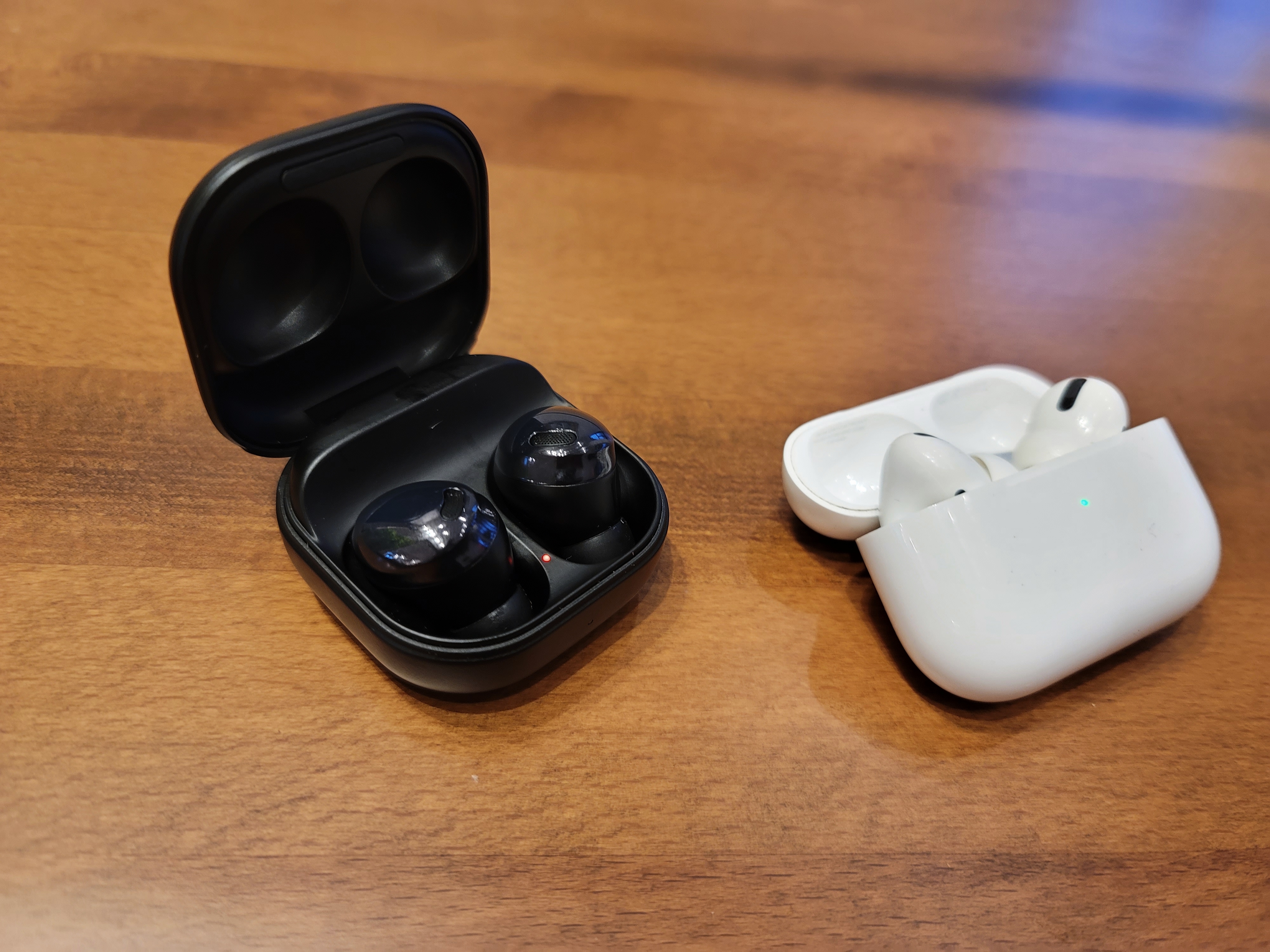 The design of the buds themselves has been streamlined since the extremely bean-like Buds Live. The company says they were designed to minimize contact with the ear, to help relieve pressure. It’s a shame that everyone isn’t able to try every earbud on before buying — how they fit in your own ears is obviously an extremely personal thing.

I found, however, that one of my ears tends to ache when wearing them for a prolonged period — not an issue I’ve had with either the AirPods Pro or Pixel Buds (the Powerbeats Pro are also great in this respect). I found myself fiddling with them semi-regularly and triggering the touch mechanism in the process (this can be turned off by default in the app).

Most of my issues with the Buds Pro are pretty minor. They’re a worthy update to the line and a great pair of headphones if you’re a Samsung user.