Most developers don’t enjoy writing documentation for their code and that makes life quite a bit harder when a new team member tries to get started on working on a company’s codebase. And even when there are documentation or in-line comments in the source code, that’s often not updated, and, over time, that information becomes close to irrelevant. Swimm, which today announced that it has raised a $5.7 million seed round, aims to automate as much of this process as possible after the initial documentation has been written by automatically updating it as changes are made.

The funding round was led by Pitango First, with TAU Ventures, Axon Ventures and FundFire also investing in this round, together with a group of angel investors that include the founder of developer platform Snyk. 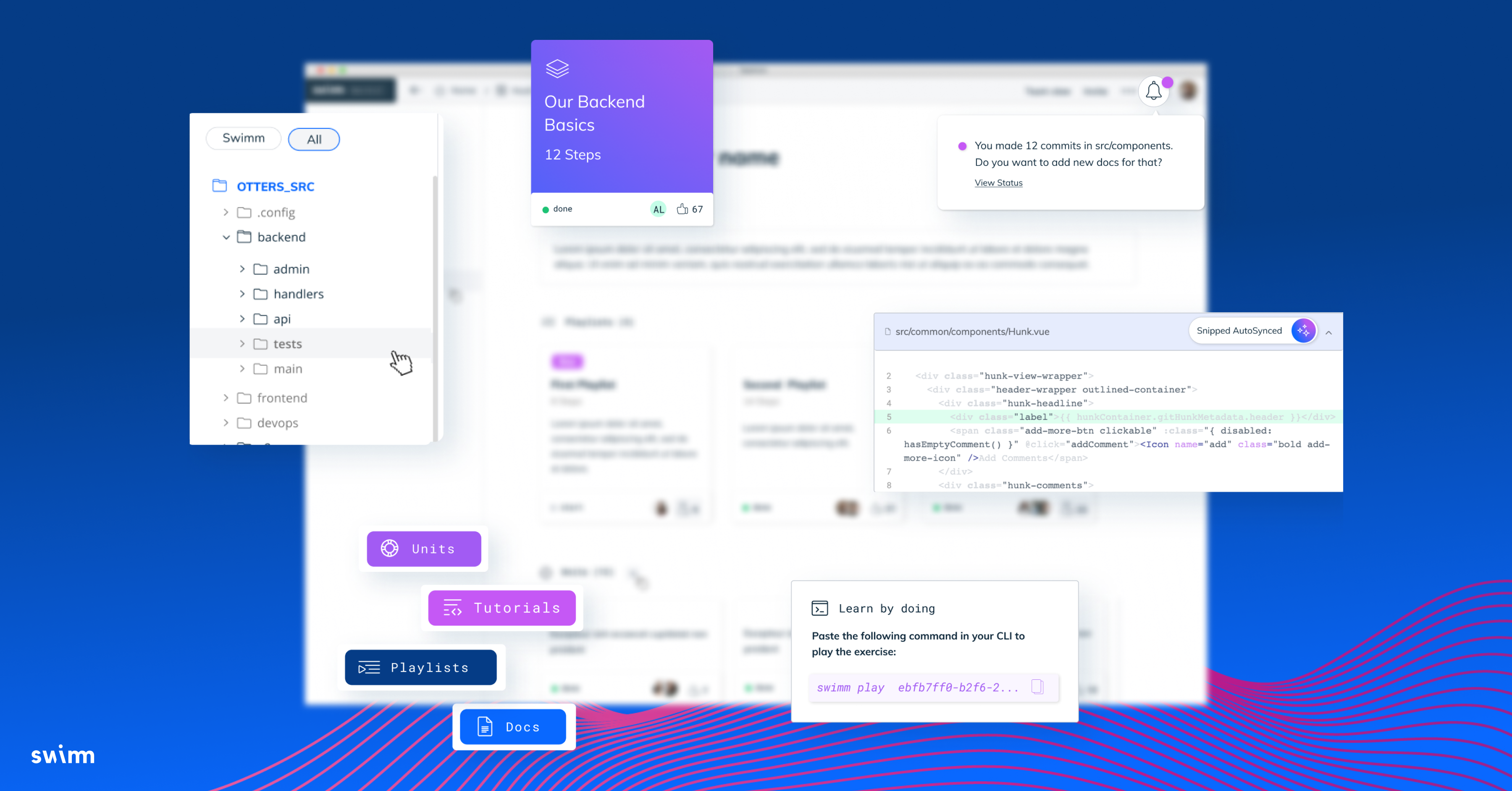 Swimm’s marketing mostly focuses on helping teams speed up onboarding, but it’s probably a useful tool for any team. Using Swimm, you can create the standard — but auto-updated — documentation, but also walkthroughs and tutorials. Using its code browser, you also can easily find all of the documentation that relates to a given file. 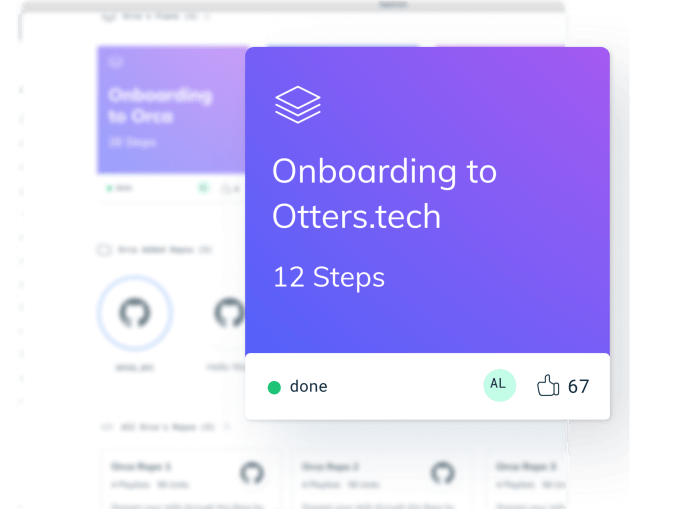 “We met with many companies in Israel and in the U.S. to understand the engineering onboarding process,” Toledano told me. “And we felt that it was kind of broken — and many times, we heard the sentence: ‘we throw them to the water, and they either sink or swim.’ ” (That’s also why the company is called Swimm). Companies, he argues, often don’t have a way to train new employees on their code base, simply because it’s impossible for them to do so effectively without good documentation.

“The larger the company is, the more scattered the knowledge on the code base is — and a lot of this knowledge leaves the company when developers leave,” he noted.

With Swimm, a company could ideally not just offer those new hires access to tutorials that are based on the current code base, but also an easier entryway to start working on the production codebase as well. 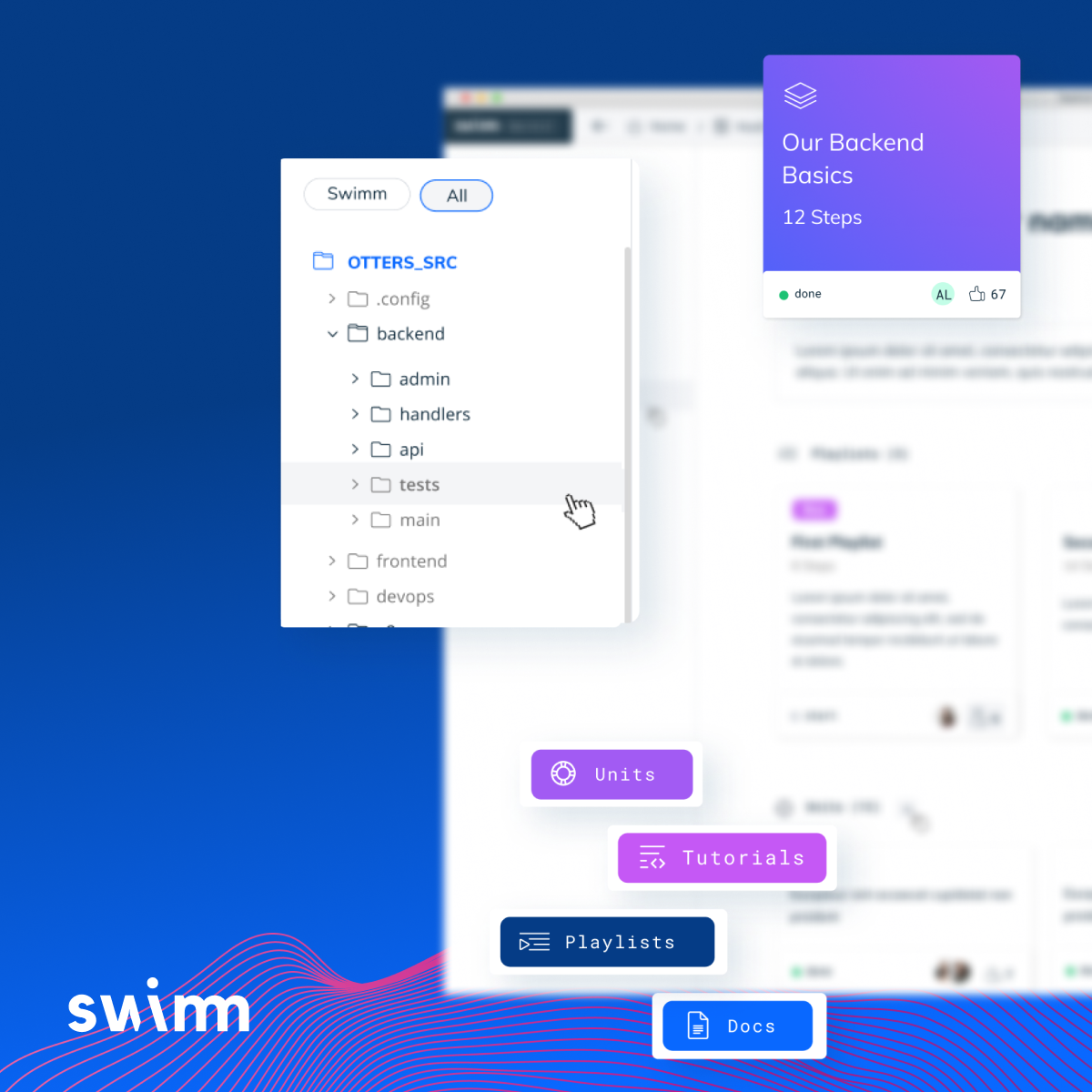 One thing that’s worth noting here is that developers run Swimm locally on a developer’s machine. In part, that’s because this approach reduces the security risks since no code is ever sent to Swimm’s servers. Indeed, the Swimm team tells me that some of its early customers are security companies. It also makes it easier for new users to get started with Swimm.

Toledano tells me that while the team mostly focused on building the core of the product and working with its early design partners (and its first set of paying customers), the plan for the next few months is to bring on more users after launching the product’s beta.

“Software development is now at the core of every modern business. Swimm provides a structured, contextual and transparent way to improve developer productivity,” said Yair Cassuto, a partner at Pitango First who is joining Swimm‘s board. “Swimm’s solution allows for rapid and insightful onboarding on any codebase. This applies across the developer life cycle: from onboarding to project transitions, adopting new open source capabilities and even offboarding.”