Shares of Beyond Meat are soaring on news that the company will be working with Taco Bell on new menu items.

The company’s stock was up $17.13, or 13.67%, to $142.48 and climbing in midday trading after Taco Bell announced that it would embrace Beyond Meat to come up with new menu items due to be tested in the next year. 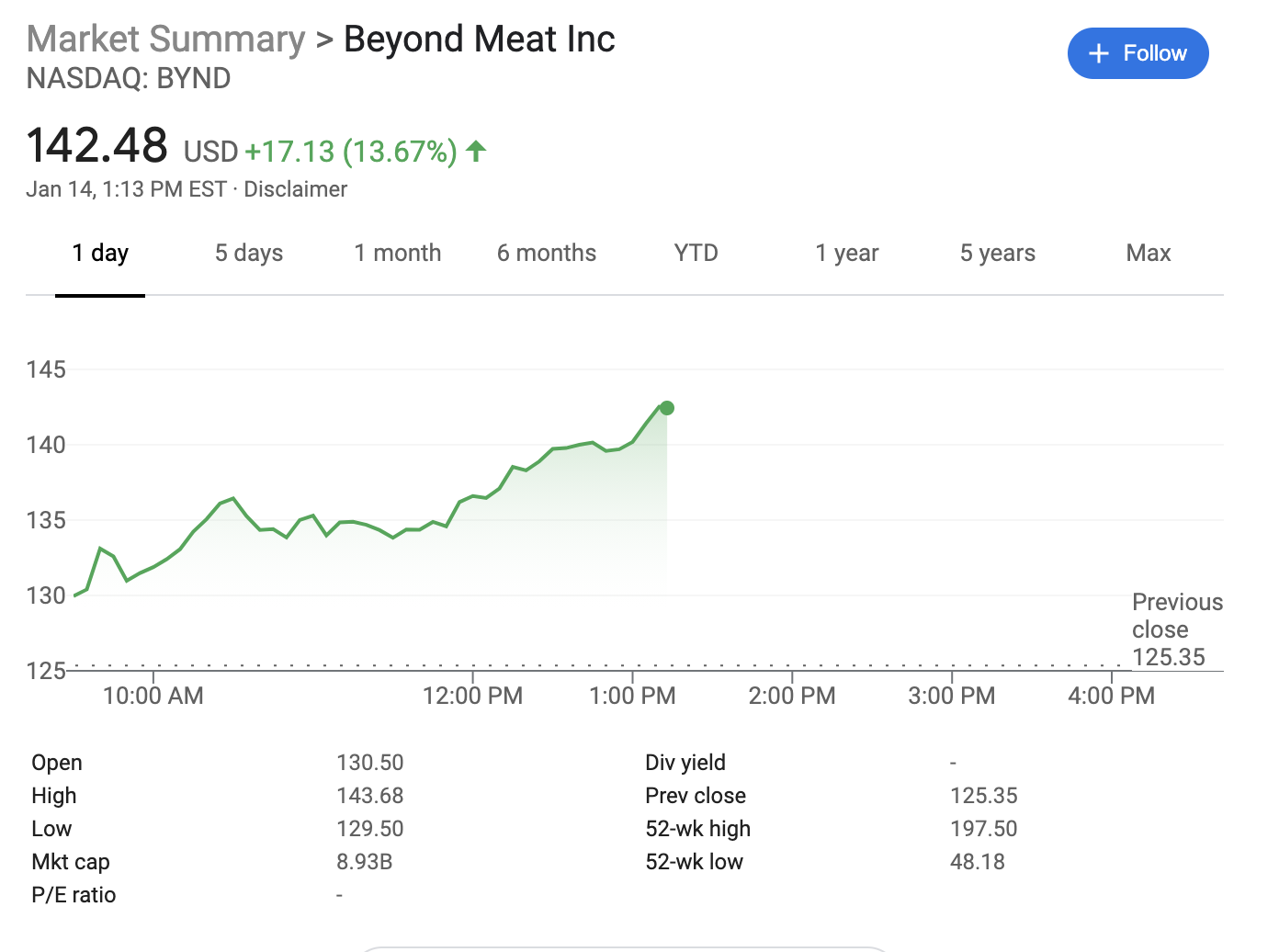 The decision from Taco Bell, a subsidiary of Yum Brands, is a departure from the Mexican fast food chain’s commitment to go it alone as it developed new vegetarian menu items.

“We’ve looked. We’ve met with Beyond, we’ve met with Impossible — our head of innovation knows everybody, and they all know her,” Julie Felss Masino, Taco Bell’s president of North American operations, told CNBC back in 2019. “But I think what we’re proud of is that we’ve been doing vegetarian for 57 years.”

Now the company wants más alternative proteins from the Southern California alternative protein provider. “We have long been a leader in the vegetarian space, but this year, we have more meatless options in store that vegetarians, veggie-curious and even meat-eaters will love,” said Liz Matthews, Taco Bell’s Global Chief Food Innovation Officer.

Taco Bell boasts that it already has over 30 vegetarian ingredients on the U.S. menu, but its lack of protein alternatives was noticeable, as many of its competitors embraced the meat substitute craze.