French startup Molotov provides an OTT TV streaming service in France with live TV, premium channels, a cloud DVR and on-demand content. While the service has managed to attract 13 million users in France, it has yet to expand to other countries.

Molotov is starting its international expansion this year with a dozen countries on the roadmap. First, the service will be available in seven African countries, starting with Ivory Coast where it’s already live, Senegal in January, Cameroon in February, Burkina Faso in March, Tunisia in April and Guinea and Democratic Republic of Congo after that.

“When it comes to features, the service is more or less the same but content is different,” co-founder and CEO Jean-David Blanc told me. Molotov is betting on local partnerships to launch its service in new countries.

In today’s case, Molotov is partnering with Digital Virgo, a mobile payments company available in 40 countries. Digital Virgo is handling the relationships with local content owners. Molotov is taking care of operations and the tech stack. 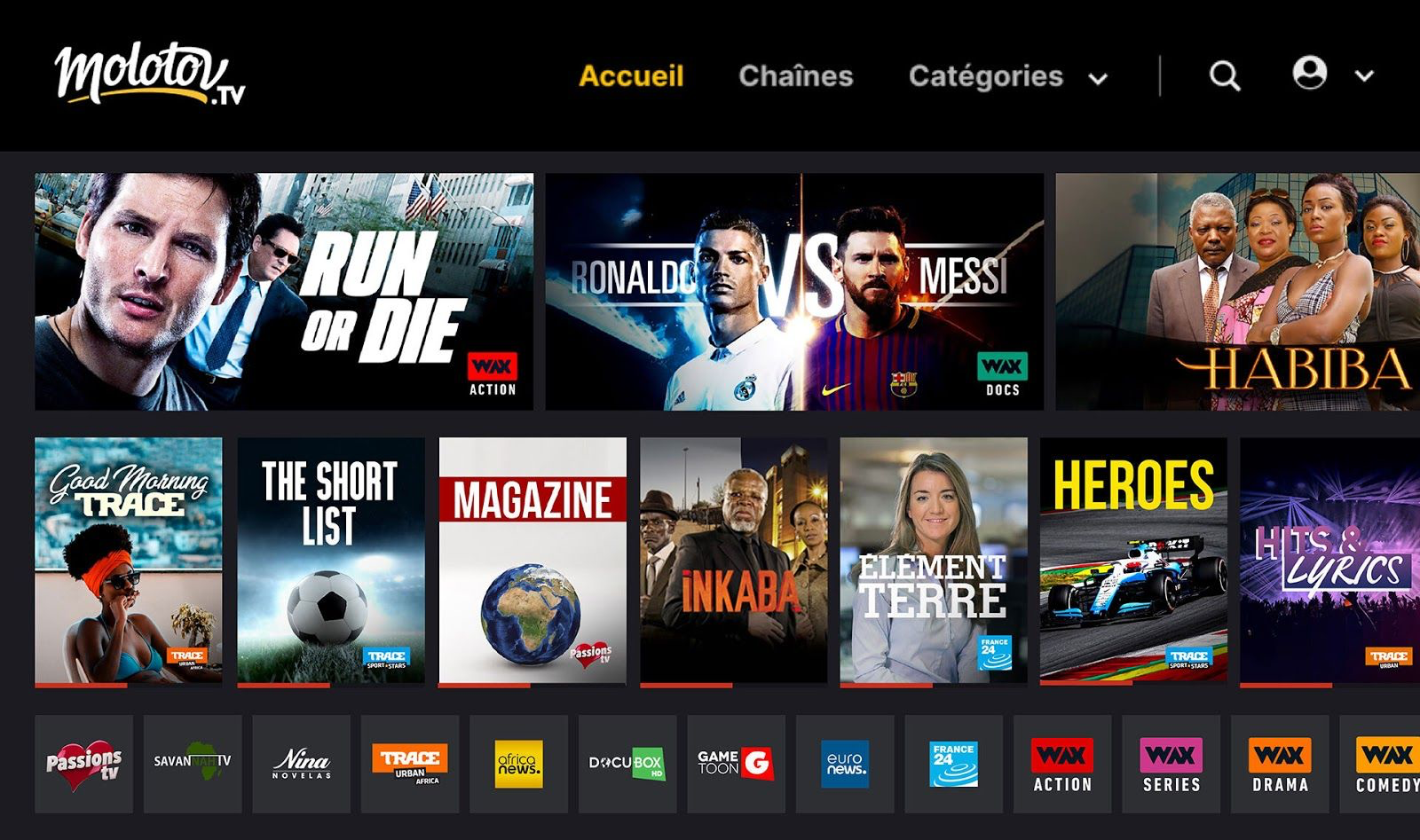 In order to support its international expansion plans, the startup had to rework its infrastructure so that it’s more robust — it relies more on cloud hosting and it is partnering with more CDN companies. For instance, the service should work better if you don’t have as much bandwidth as before.

And this is just a start as Molotov is already talking with different B2B partners in Asia, South America and Europe. “Our strategy is that we lean on local players to launch Molotov in new countries,” Blanc said. So you can expect more news on the international front with new countries and new partners.