America is a land of paperwork, and nowhere is that more obvious than at the end of someone’s life. Advanced care directives have to be carefully disseminated to healthcare providers and strictly followed. Property has to be divided and transferred while meeting relevant estate laws. And of course, there are the logistics of a funeral, cremation or other option that has its own serious complexities, costs and choices.

For New York City-headquartered Lantern, the goal is to initiate those conversations early and give its users significantly better peace-of-mind, particularly in these dolorous times.

The company offers essentially a “how-to” platform for beginning to prepare for end-of-life, offering checklists and monitoring to ensure that the vast majority of details are figured out in advance. In some cases, the startup will handle the underlying details itself, while in other areas like estate planning, it works with partners such as Trust & Will, which we have profiled a number of times on TechCrunch.

Right now, the company has two plans: a simple free one and a $27 / year plan that tracks your progress on end-of-life planning and allows you to collaborate with family, friends or whoever else needs to be part of your decision-making. The company is in the process of adding other à la carte options for additional fees.

Last month, the company raised $1.4 million in a seed round led by Draper Associates with a few other firms involved. Earlier, the company raised a pre-seed round of $890,000 from the likes of 2048 Ventures, Amplify and others, bringing its total raised to date to $2.3 million. The company is organized as a public-benefit corporation and was founded in September 2018, and first launched a year later.

For founders Liz Eddy and Alyssa Ruderman, Lantern was an opportunity to tackle a looming problem in a compassionate and empathetic way. “I started my first company when I was 15,” Eddy, who is CEO, said. That company focused on dating abuse and domestic violence education for high school and later college students. “I really fell in love with the pace and variety of starting something new, but also in creating conversations around topics that people really don’t want to talk about and making it more palatable and comfortable,“ she said. 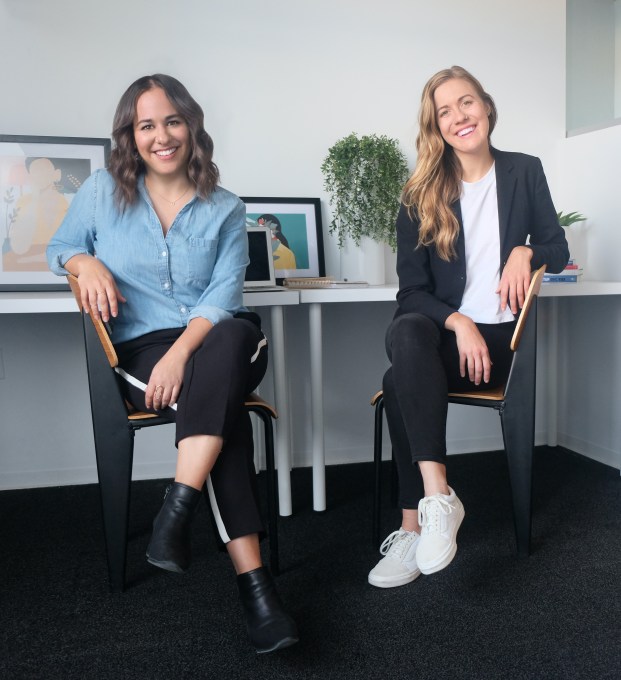 Later, she joined local suicide prevention nonprofit Crisis Text Line, which has an SMS-based network of crisis counselors who are trained to calm people and begin their process of recovery. She spent more than six years at the organization.

As for Ruderman, who is COO of Lantern, she most recently spent two years at Global Citizen, a nonprofit organization focused on ending extreme poverty. The two connected and incubated Lantern at startup accelerator Grand Central Tech.

The idea for better end-of-life planning came from personal experience. “I lost my dad when I was in elementary school,” Eddy said, “and saw firsthand how loss and grief impacts a family financially, emotionally, logistically, legally — every aspect.”

Today, many of these processes are offline, and the online products mostly available today are focused on individual elements of end-of-life planning, such as estate planning or selecting and purchasing a casket. Eddy and Ruderman saw an opportunity to provide a more holistic experience with a better product while also initiating these conversations earlier.

That pre-planning part of the product was launched just as the pandemic was getting underway last year, and Eddy said that “we had a sort of a really interesting launch where people were starting to come to terms with their own mortality in a way we hadn’t seen in a very long time.” Typical users so far have been between 25 and 35 years old, and many people start planning when they have a major life event. Eddy says that the death of a family member is an obvious trigger, but so is having a baby or starting a company.

One aspect that Eddy emphasized repeatedly was that having a will and pre-planning for end-of-life are not equivalent. “Even if you don’t have a dollar to your name after you pass away, there are a ton of other things that your loved ones, family members, whoever’s responsible has to consider,” she said.

From a product perspective, there are some nuances compared to your more typical SaaS startup. For one, the company needs to engage you regularly, but not too frequently. Unlike, say, a wedding, which is a single event that then is over, your documents and directives need to be occasionally edited and updated as a user’s life circumstances change.

Beyond that, one of the largest challenges with a product that talks about death is building a connection with a user that doesn’t seem cold, and, well, Silicon Valley-like. “Even as a product that is entirely virtual, making sure that you really feel that human connection throughout” is a high priority, Eddy said. “We use a lot of empathetic language, and our imagery, all of the illustrations are done by illustrators who have lost someone in memory of the person who’s lost.”

Longevity startups may remain a thesis for some VC investors, but handling the end — no matter when — is an activity every person faces. Lantern might shine just a bit more light on what is otherwise a debilitating and scary prospect.