Amazon on Wednesday launched Amazon Academy, a service that will aim to help students in India prepare for entry into the nation’s prestigious engineering colleges. The American firm is the latest entrant to this market where scores of startups and institutes have launched digital offerings in recent years.

Tests offered on Amazon Academy are “designed to mirror the JEE experience helping students understand the nuances of the examination. Students will also benefit from shortcuts, mnemonics, tips, and tricks, equipping them with the necessary tools to retain concepts and solve questions effectively,” the company said in a press note.

Amazon began testing Amazon Academy, previously known as JEE Ready, in India in mid-2019. Amazon Academy, available via its website and as an app for Android and iOS, is free and will remain so for the “next few months,” the company said. 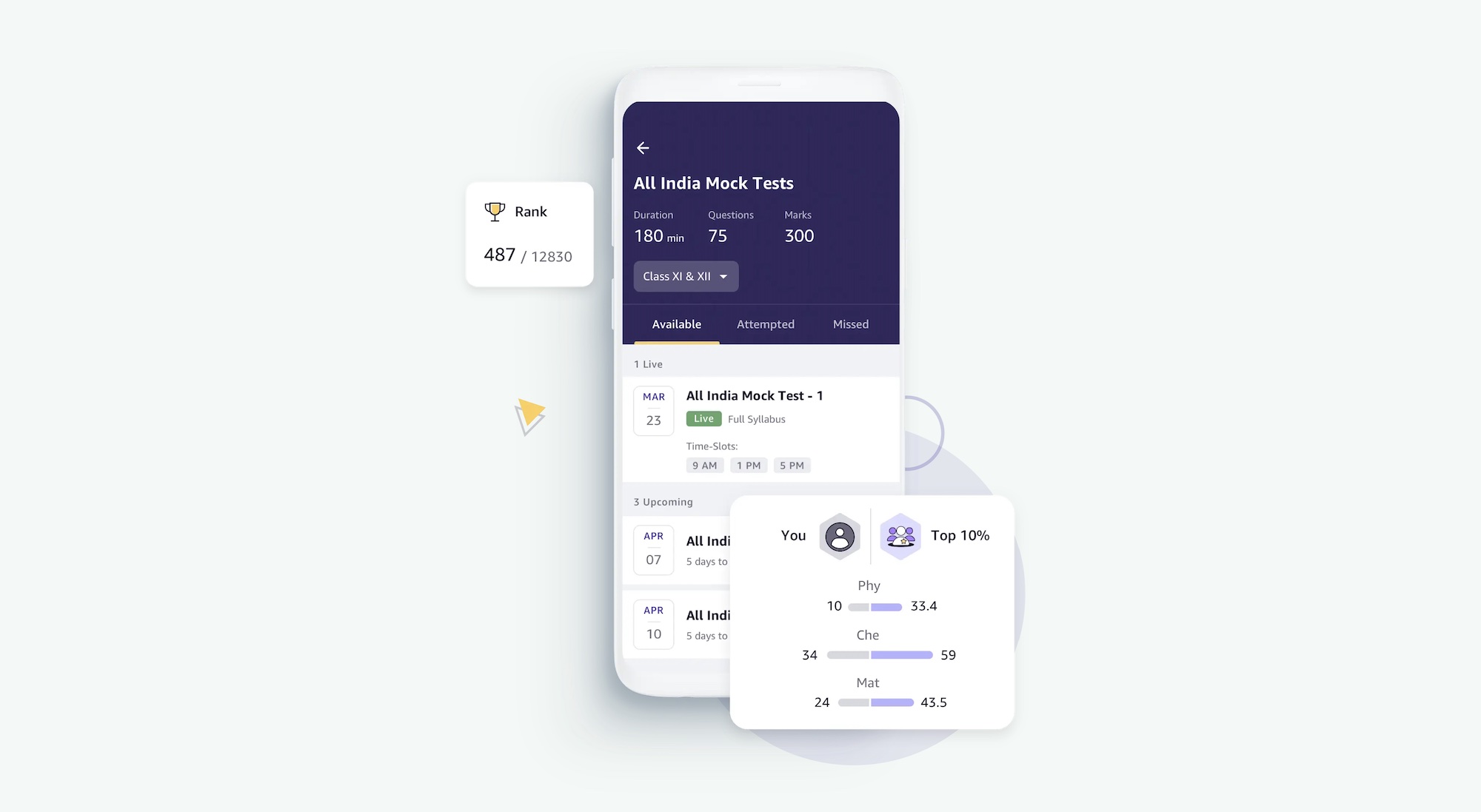 More than 260 million children go to school in India and much of the population sees education as a key to economic progress and a better life. TechCrunch reported last month that Amazon was also looking to hire executives in India to launch Amazon Future Engineer, a program through which it aims to bring computer science education to underserved and underrepresented children and young adults, in India by this year.

“Amazon Academy aims to bring high quality, affordable education to all, starting with those preparing for engineering entrance examinations. Our mission is to help students achieve their outcomes while also empowering educators and content partners reach millions of students. Our primary focus has been on content quality, deep learning analytics and student experience. This launch will help engineering aspirants prepare better and achieve the winning edge in JEE,” said Amol Gurwara, director, Education at Amazon India, in a statement.

Amazon’s global rivals, Facebook and Google, have also made a push into India’s education market in recent years. Last year, Facebook partnered with the Central Board of Secondary Education (CBSE), a government body that oversees education in private and public schools in India, to launch a certified curriculum on digital safety and online well-being, and augmented reality for students and educators.

Facebook also invested in Unacademy, a Bangalore-based startup that offers online learning classes. Google, which invested in Indian edtech startup Cuemath, also partnered with CBSE to train more than 1 million teachers in India and offer a range of free tools such as G Suite for Education, Google Classroom and YouTube to help digitize the education experience in the nation.

India’s top edtech startups — Byju’s, Unacademy and Vedantu — also offer students classes to prepare for the JEE test. Last year, these startups onboarded tens of millions of students to their platforms after the coronavirus outbreak prompted New Delhi to shut down schools across the nation. Byju’s, which became the world’s most valuable edtech startup last year, is in talks to buy decades-old Aakash Educational Services Aakash Educational Services, which owns and operates more than 200 physical tutoring centres across the country aimed at students preparing to qualify for top engineering and medical colleges, for $1 billion, Bloomberg reported this week.