For the last couple of years, Samsung’s CES press conferences have featured a parade of futuristic home robots. They are smart, dexterous and impressive (and reasonably adorable). But home robots are hard. Like, really, really hard. There’s a reason the robotic vacuum continues to be one real viable home robot nearly 20 years after the Roomba’s introduction.

It’s the same reason the JetBot 90 AI+ Vacuum seems to be the one really viable bit of home robotics from the event. The company also showed off updates to the Bot Handy it introduced at last year’s show. That, coupled with the new Bot Care, is far more in line with the kind of humanoid designs science fiction has led us believe we’ll be getting in the next few years.

And science fiction seems to still be an operative descriptor here. At last year’s show, the robots put on a kind of Chuck E. Cheese-style presentation, running through choreographed tasks on stage, with limited human interaction. Understandably — there’s a lot that goes into this sort of thing, and for the moment, the technology feels like proof of concept more than anything.

The company mentioned the “not too distant future” in reference to the tech, while the small print at the corner of the screen said “This robot is undergoing research and development, and is not yet for sale.” That seems to be putting it mildly, as the wheeled Bot Care reminds its owner of a meeting and pops up a screen for a conference call.

I don’t think anyone has an illusions that we’ll be seeing any of this tech during the current pandemic, though I suppose there’s an argument to be made that this is the “new normal” the company is prepping us for. The Bot Handy moving dishes from the sink to dishwasher seems roughly as realistic. 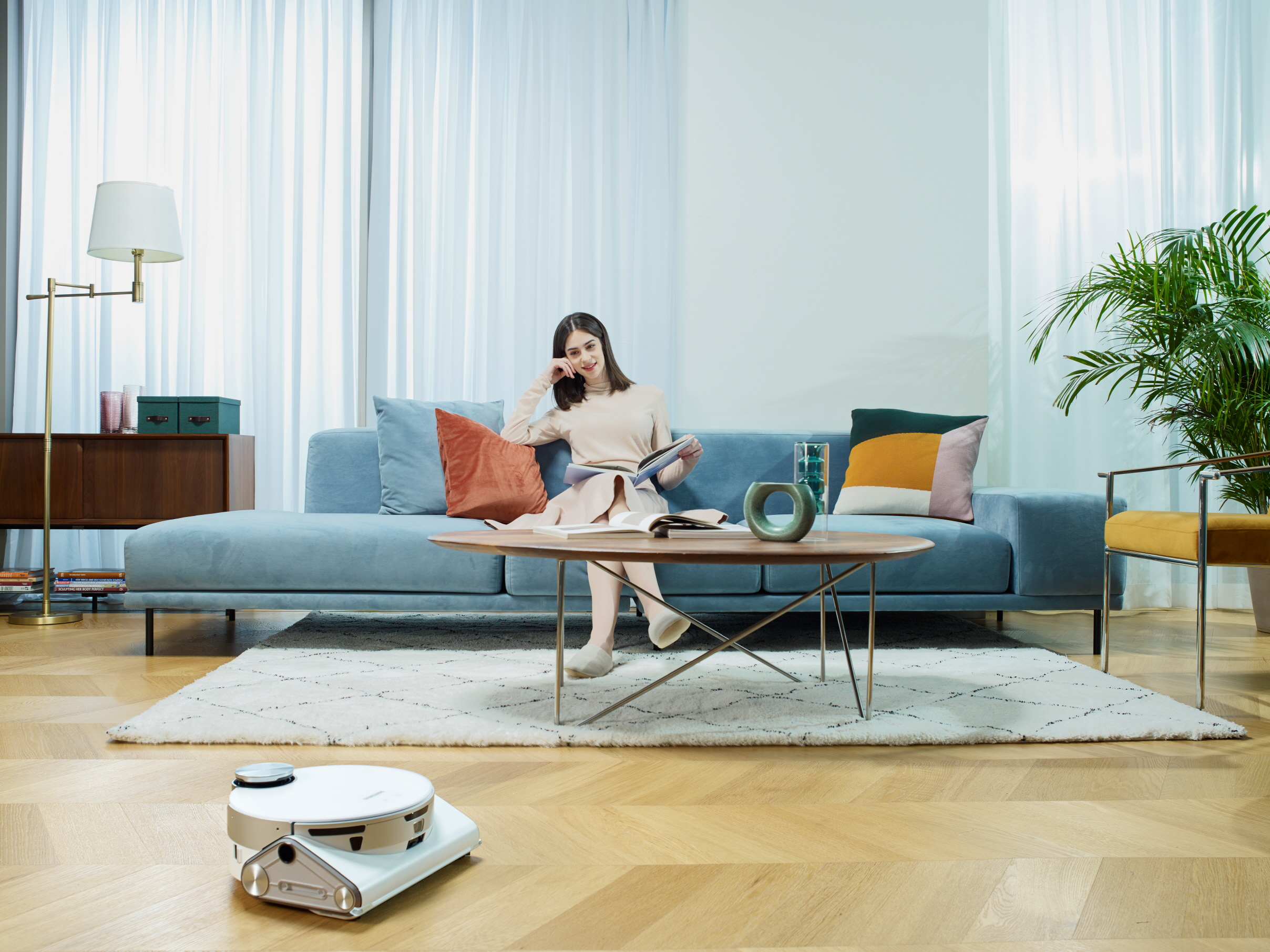 I’m happy to be wrong, but I don’t think any of us are holding our breath for a viable version of this tech in the near term. We can, however, appreciate the JetBot 90 AI+ Vacuum. That, after all, has a rough date, arriving in the U.S. at some point in the first half of this year.

The robot vacuum features an on-board lidar sensor, coupled with an object detection algorithm that helps it build an ideal path around the user’s home. Interestingly, the camera can also be viewed remotely by the user, doubling as a kind of security cam (though Samsung seems to avoid actually using the word) and a pet monitor.

Is Samsung getting serious about robotics?