Happy almost CES! Sure, the year’s biggest consumer electronics show hasn’t officially kicked off, but, well, what do such arbitrary signposts really mean in a year like 2021, right? Samsung just dropped what’s almost certainly one of its biggest pieces of news for the show, with the arrival of the Galaxy Chromebook 2.

The two-in-one follows almost a year to a day after the announcement of the original. It appears to share a fair bit of the charm of its predecessor, but notably has a much-improved price point. This time out the Chrome OS-powered portable starts at a far more reasonable $549 — down from $999. 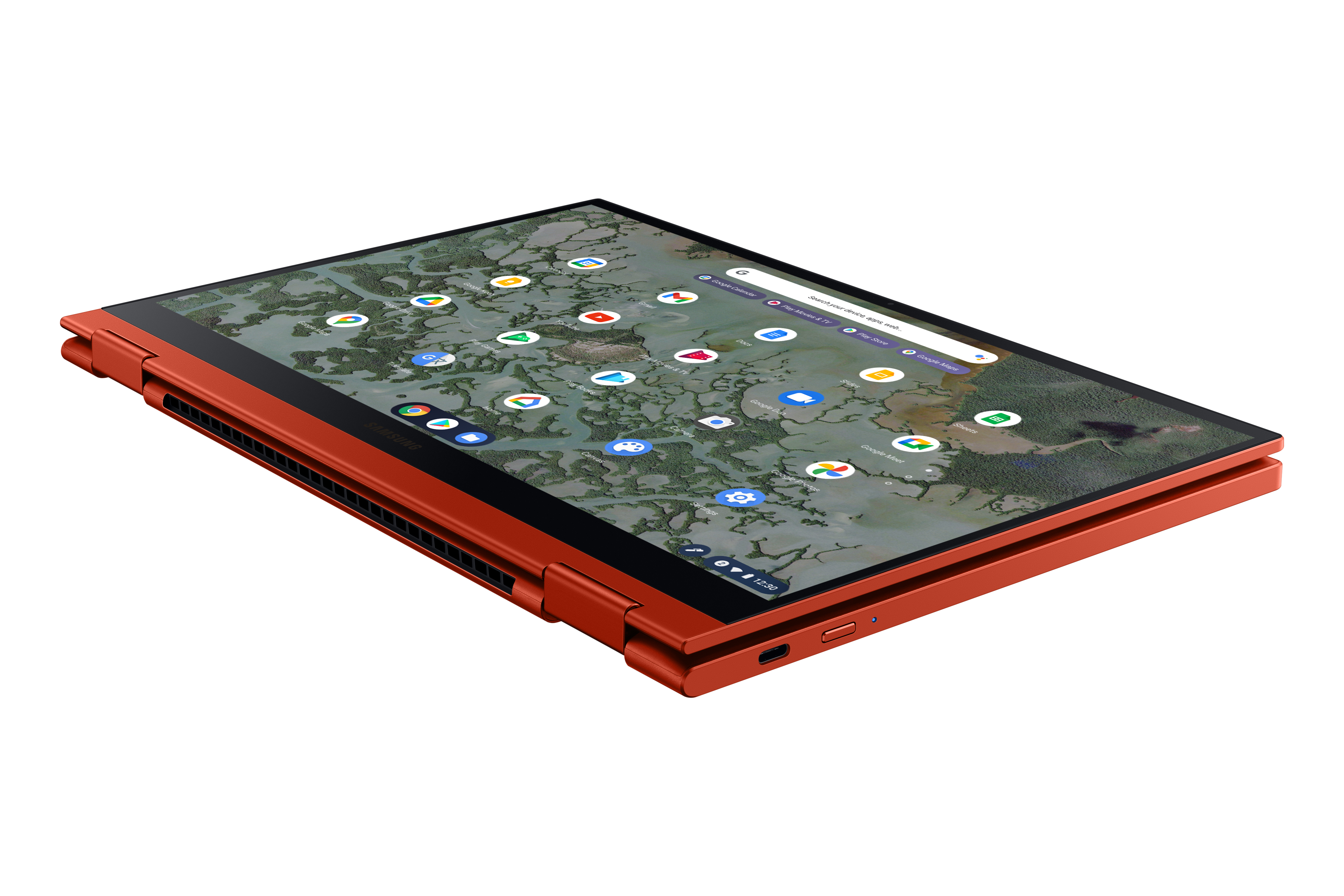 Mind you, that’s for the one running a 10th-gen Intel Celeron processor. If you want the Core i3, that starts at $699. It’s a bit of a jump, but a better starting point for users looking at the product as a day-to-day machine. And besides, it’s still significantly less expensive than the original. Keep in mind here that last year’s model started with an i5 — which is to say the price drop comes with a bit of a processor downgrade.

Battery life was an issue on the original and is still a bit of a question here. The device now sports a QLED display (which Samsung claims is “world’s first” for a Chromebook), rather than the original’s 4K AMOLED, which could go a ways toward improving longevity.

The changes between the first and second-gen product are a pretty clear indicator that companies are still trying to figure out precisely what a “premium Chromebook” entails. After all, it wasn’t all that long ago that the phrase was a bit of an oxymoron. The company’s computing GM Shoneel Kolhatkar sums up the general thought process here pretty well in the associated press announcement:

Many kids grew up using Chromebooks in school, and as they enter the workforce, their needs evolve, they’re looking for premium, powerful hardware that can elevate that intuitive Google experience. We designed the Galaxy Chromebook 2 with these users in mind, taking the popular features from Galaxy Chromebook—incredible visuals, great specs, and gorgeous design and color—and bringing them to a wider base of customers.

In a sense, Samsung is taking a similar journey as the one Google made from the Pixelbook to the Pixelbook Go. And with Google pretty quiet on that front for the moment, there’s a decent-sized market opening for Samsung here.

The Galaxy Chromebook 2 arrives later this quarter, sporting a 13.3-inch display, 4/8GB of RAM and 64/128GB of storage. And yes, it still comes in “Fiesta Red” or gray, if you prefer.