Three years ago, Mercedes-Benz unveiled MBUX, an infotainment system that represented a leap forward in the legacy automotive industry.

That system, with its crisp graphics, intuitive user interface and voice assistant, was closer to the experience of using a smartphone and finally got away from the pixelated screens and cluttered designs found in most modern infotainment systems.

Mercedes unveiled Thursday the next iteration of the MBUX, a 56-inch curved screen that runs the length of the dashboard — the central feature of a next-generation infotainment system that learns the behaviors of its driver. The MBUX Hyperscreen, as it’s called, will be optional in the 2022 Mercedes EQS, the flagship sedan under the automaker’s electric EQ brand. The Hyperscreen, which was unveiled ahead of the virtual CES tech trade show, features 8 CPU cores, 24-gigabyte RAM and 46.4 GB per second RAM memory bandwidth. There’s a multifunction camera and a sensor that adapts the brightness of the screen depending on the lighting conditions.

All of this technology is meant to deliver an intuitive infotainment system that can be individualized for up to seven people. The software behind the Hyperscreen allows the system to continually get to know the customer better, according to Mercedes-Benz CTO Sajjad Khan, adding that it’s designed without the occupant needing to click or scroll anywhere.

“The MBUX Hyperscreen is both the brain and nervous system of the car,” Khan, said in a statement. 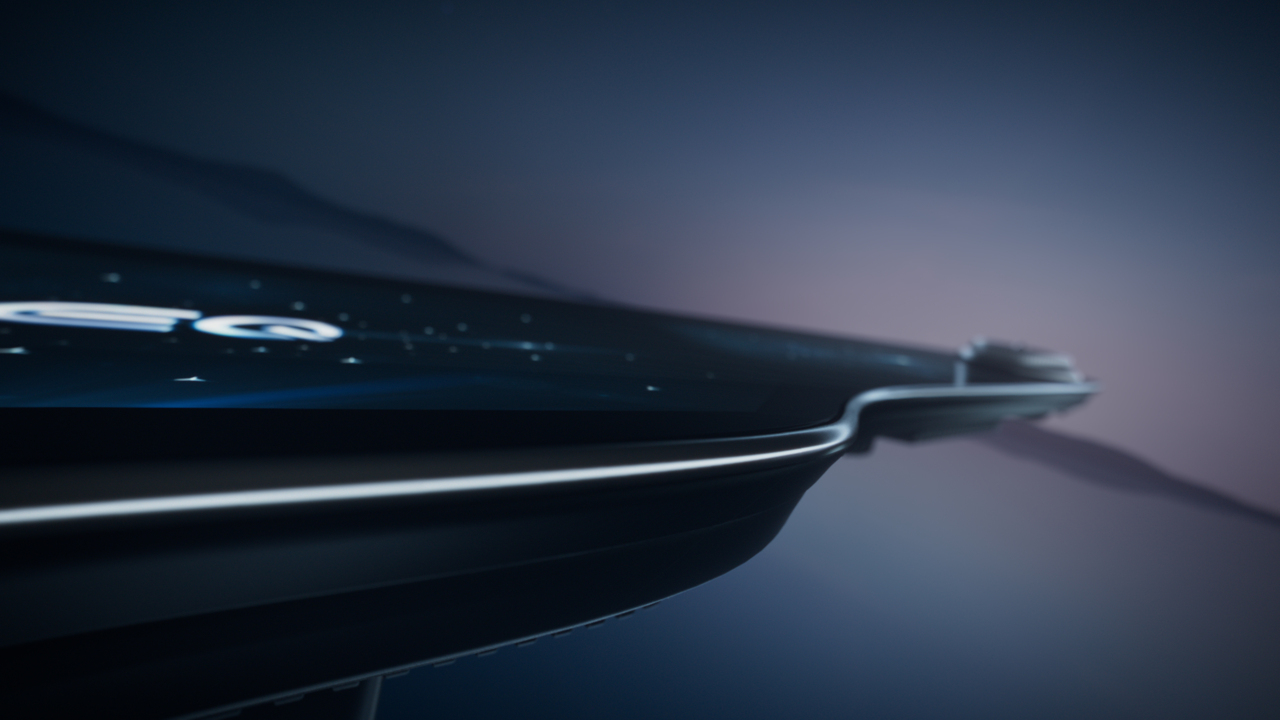 The curved screen, which is really several individual displays under a glass housing, is protected by two coatings of scratch-resistant aluminum silicate on the cover plate to reduce reflections and make cleaning easier. Mercedes also designed the screen with predetermined breaking points in case of a crash.

On either side of the curved screen are two physical air vents that have been integrated into the screen.

Putting the look and size of the screen aside, the user interface and how it operates is what stands out. (Although, to be clear, we have yet to truly test it.) Mercedes chose to put information on charging, entertainment, phone, navigation, social media, connectivity and massage — yes massage — right up front on the screen. This means no scrolling through menus or using the voice assistant to locate these options.

The system’s software, which will learn the patterns of the driver, will prompt the user, removing any need to go deeper into the sub-menu. The navigation map is always visible in the center and located just below it are the controls for the phone and entertainment — or the feature that best suits the specific situation, according to the automaker.

Mercedes leaned into the software of the system, playing up its smart features during the Thursday reveal. For instance, if the driver always calls one particular person on the way home on certain days, the system begins to anticipate that action. A business card will appear with their contact information and — if it’s stored — their photo will appear. If someone else drives the EQS on that same evening, this recommendation would not be made. 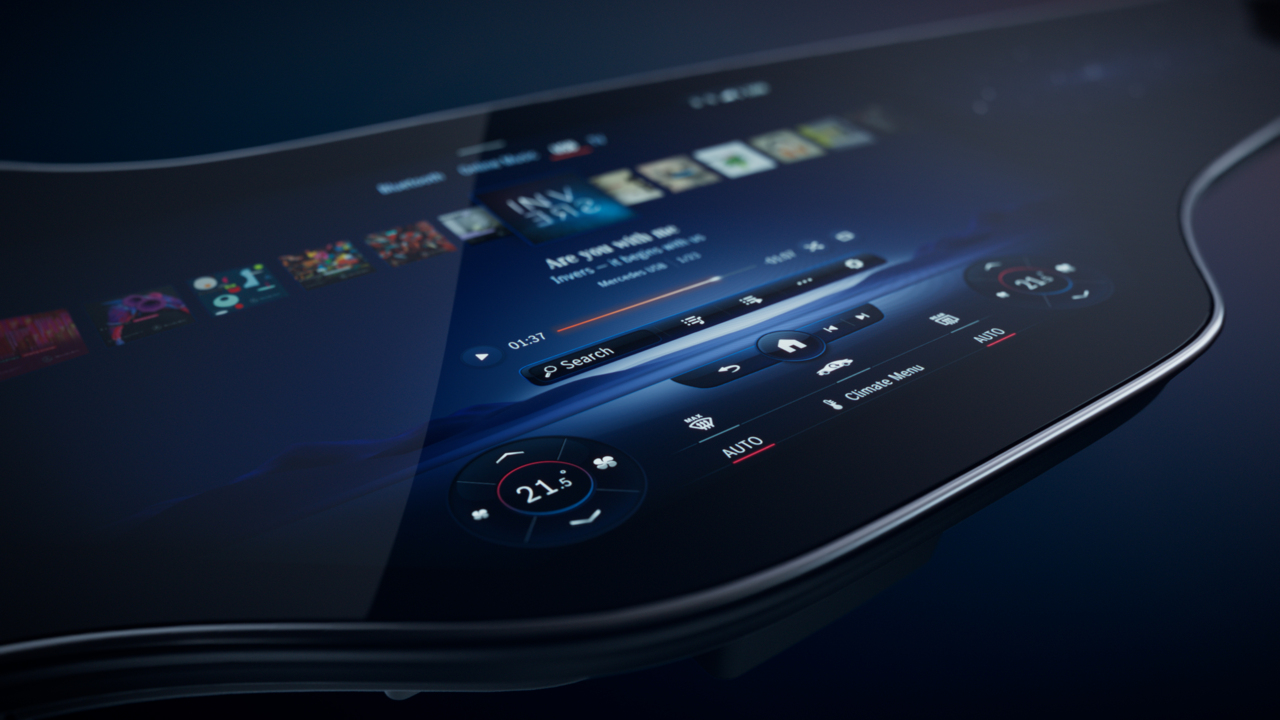 The driver can dive deeper into the system to change settings or access other features. The front-seat passenger has their own section of the screen, called the co-driver display, to play around with during a trip. In certain markets, the passenger will also be able to watch videos while traveling using the Bluetooth headphones. An intelligent camera-based locking concept will prevent the driver from looking at the passenger display to avoid distraction.