Boat, an electronics and lifestyle startup in India, has raised $100 million in a new financing round that many independent investors termed as the most successful hardware startup story to date in the world’s second-largest internet market.

An affiliate of Warburg Pincus, a New York-headquartered private equity firm, financed the entire Series B round for the four-year-old Indian startup, which sells low-cost, durable headphones, earphones and other mobile accessories.

The round gives Boat, which had raised about $3 million in equity and debt financing prior to the new round, a post-money valuation of about $300 million, a person familiar with the matter told TechCrunch. Executives of Boat declined to comment on the valuation, other than saying that Warburg Pincus had bought a “significant minority stake” in the startup.

An investor who did not want to be named said Boat has grown to be an anomaly case among hardware startups in India. There aren’t many hardware startups in India in the first place. Among those that do exist, very few have been able to raise much money. (Technically, I suppose you could squint your eyes hard enough to see smartphone vendors Micromax and Lava International as hardware startups, but neither of them have raised $100 million.) Boat has made things even more interesting by achieving an additional rare milestone: profitability, said Sameer Mehta, co-founder of the startup, in an interview with TechCrunch.

The secret sauce of Boat, at least in part, is that it has managed to keep the price points of its accessories low while also making them aesthetically appealing. The startup counts the young generation as its target audience who want good-looking accessories at low prices but also tend to upgrade every few months.

Another possible reason why things worked out for Boat, which had only one institutional investor prior to the new round (Fireside Ventures), is that it showed up at the right time. The startup began its journey with selling charging cables and power adapters. Its beginning coincided with the Indian smartphone market hitting a tipping point, where millions of people had started to buy a handset each month.

A few months into its journey, India’s richest man (Mukesh Ambani) further accelerated the smartphone market with the launch of telecom network Reliance Jio, which offered 4G data at no price for several months, suddenly giving tens of millions of people in the country yet another reason to upgrade to a smartphone. 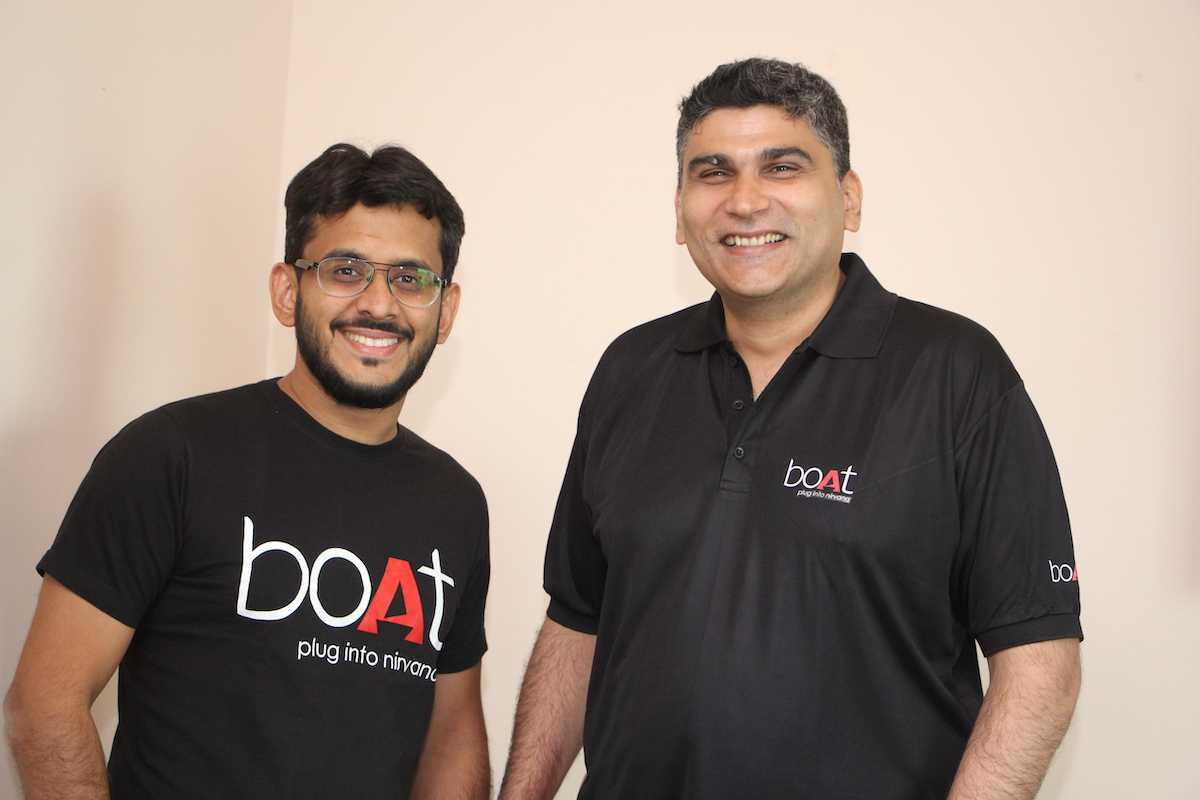 Boat has expanded into several categories in recent years, and followed the same strategy that made it stand out in the first place. Its fitness wearable starts at Indian rupees 1,799 ($24.50), smartwatches at $34, charging cables at $3.40, home theatre soundbars at $54, wireless speakers at $13.50, headphones at $5.50 and AirPod-like earbuds at $27.

According to marketing research firm IDC, Boat commands over 30% of the wearable market in India and is the fifth-largest brand globally in the category.

The startup — which clocked revenue of more than $95 million in the financial year that ended in March last year and expects to double this by the current financial year — sells its products through both online and offline retail channels. Its devices are available through Flipkart, Amazon India and Reliance Retail, as well as Tata Cliq, Croma and Vijay Sales. Analysts at HDFC bank estimated in a note last month that Boat Lifestyle’s products are available through more than 5,000 retail stores across India, and it plans to enter global markets — something it would have done much sooner if the pandemic hadn’t occurred.

“We see a compelling growth story in boAt and believe the company is well-poised to build upon the strong leadership position it has carved out within the industry and stands to benefit from the secular tailwinds of e-commerce growth in India. Warburg Pincus is excited to partner with the management team of boAt led by Aman & Sameer in this journey and we look forward to supporting them through the next phase of the company’s growth,” said Vishal Mahadevia, managing director and head of Warburg Pincus India, in a statement.

Mehta said Boat has also been lucky with the way it marketed its products. Instead of following the traditional way of advertising, the startup signed up a handful of top young celebrities and cricketers who promoted Boat products. It helped that some of the people it counted on very early on — such as the cricketer Hardik Pandya (pictured in the lead image) — have also grown to be more successful in recent years.

It’s unclear who Boat’s rivals are today. Certainly smartphone vendors such as Xiaomi and Realme that have expanded their accessories businesses pose a threat. Retailers like Croma, Flipkart and Amazon have also expanded their in-house private labels to launch earphones and other mobile accessories in recent years. Mehta suggested that the market in which Boat operates is not a zero-sum game yet. “Everyone is growing at the same time,” he said.

An investor who has backed several D2C brands, but not Boat, in India said that it’s true that many customers of Boat might consider buying Amazon Basics products, but he cautioned that Amazon Basics products are not necessarily the most aspirational items. “People are buying Boat because their products carry a premium feeling,” he said.

Another investor added that Amazon Basics items are also not as aggressively priced in India, as unlike other markets, Amazon is yet to scale its Amazon Basics catalog in the country.

Boat will deploy the fresh capital to shift more of its manufacturing from China to India, and expand to more categories, including gaming keyboards and mice, Mehta said.