Mark S. Luckie has an idea. The digital strategist, journalist and author of “The Digital Journalist’s Handbook” and “DO U,” has written “Valley Girls,” a fictional portrayal of life behind the social curtain at popular tech company Elemynt. Particularly the journey of main character Kelsey Pace, as she navigates life as a communications manager for the company. Having worked in strategy and partnership positions at Facebook, Twitter and Reddit, Luckie tells us he was most interested in exploring how the actual conversations about diversity work inside of tech companies. 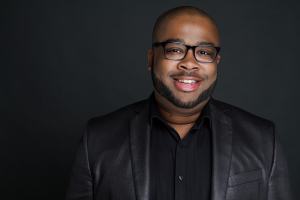 “The most that people the most insight that people have is diversity reports, which of course are published from the tech companies, but not an idea of ‘Okay, what’s really going on?’ And so that’s what ‘Valley Girls’ aims to explore — what’s really going on? How bad is diversity? What are the things that are happening or not happening? What is the employee attitude towards it? One of the big narratives is what are the contentions between employees and executives to actually furthering diversity within these companies?”

Tech watchers will read “Valley Girls” and perhaps be able to identify what company drama he is referring to when he mentions this Congressional hearing or that anonymous memo. This, Luckie says, was on purpose.

“It is a merging of the narratives. So yeah, anyone who follows tech or works around tech will be able to … say, ‘Okay, this reminds me of this, it reminds me of this.’ And because like I said, all these experiences are not isolated from each other. They’re woven into each other.”

With “Valley Girls,” Luckie says he wanted to explore the personal conflict that can emerge while working at one of these companies. He did that and more.

Click play above to hear more about the book, due out this month, and what he heard about the reactions from some in Silicon Valley.