Tesla delivered 499,550 vehicles in 2020, a 36% increase over the previous year and just a few hundred short of hitting an historic and long-awaited milestone that CEO Elon Musk has been targeting for more than five years.

Tesla reported Saturday that it produced 509,737 electric vehicles in 2020.

Tesla was able to reach the 500,000-vehicle target by ticking up production and sales in the fourth quarter — a final push that has mirrored numerous other end-of-the-quarter efforts by the company. Tesla delivered 180,570 in the fourth quarter, setting a new quarterly record and 30% higher than the previous quarter.

The company’s production and sales figures were also driven by the launch of the Model Y, its mid-sized SUV, and a new factory coming online in China.

Producing and selling more than 500,000 vehicles a year seemed unreachable for Tesla just a handful of years ago. But Musk has taken a bullish view of the company, noting in 2015 that he remained confident that Tesla would be producing half a million cars in 2020.

Musk has reiterated that target periodically, including in January of last year when he noted that deliveries should comfortably exceed 500,000 units. Tesla didn’t adjust that forecast even as the COVID-19 pandemic upended the economy and forced the company, along with every other automaker, to temporarily pause production for several weeks last spring. 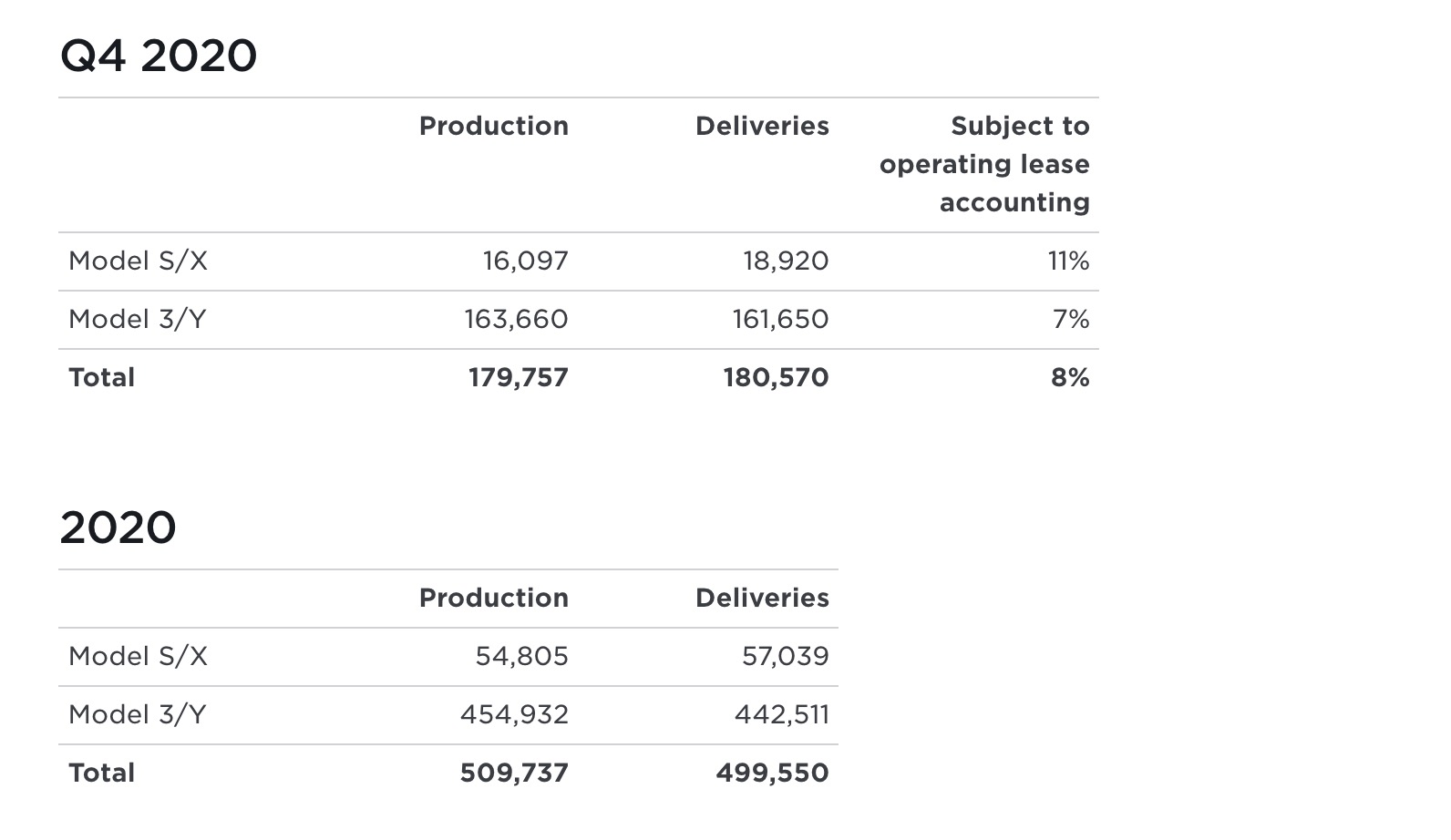