It’s been a strange year for sleep. For me, levels have fluctuated between too little and too much, but have — more often than not — tended toward the former. 2020 gave most of us no shortage of excuses for sleep deprivation, from personal stresses to larger societal concerns.

And, thankfully, the past few years have seen no shortage of technological solutions to the problem of sleeplessness. Of course, the underpinning issues can be hard to isolate and even harder to treat. There’s no silver bullet. That’s the lesson I keep relearning at this job — no single piece of technology is going to cure all of my ills. (I’m sure it’s nothing that years of extensive and expensive therapy can’t fix.)

Sleep headphones are, in and of themselves, not an entirely new phenomenon. Bose got into the space in earnest back in mid-2018, offering one of the more polished (and pricey) approaches to the category. The company went in an entirely different direction than, say, Kokoon, which offers an over-ear solution.

The Sleepbuds are — as the name suggests — fully wireless earbuds. This second generation allows Bose to address some of the bigger issues with the original — including some major battery complaints. That was a pretty big strike against a $250 pair of headphones with, quite literally, one job.

Bose gets into the business of sleep

The battery and connections complaints, I can state, off the bat, seem to have been addressed. The units I’ve been wearing to sleep off and on for a few weeks now haven’t had any major connection issues to speak of (assuming you keep your phone near your bed and all that entails), and the battery generally gets me through a full night with a bit less than 20% remaining. After you wake up, you toss them in the case and let them charge for the next several hours. 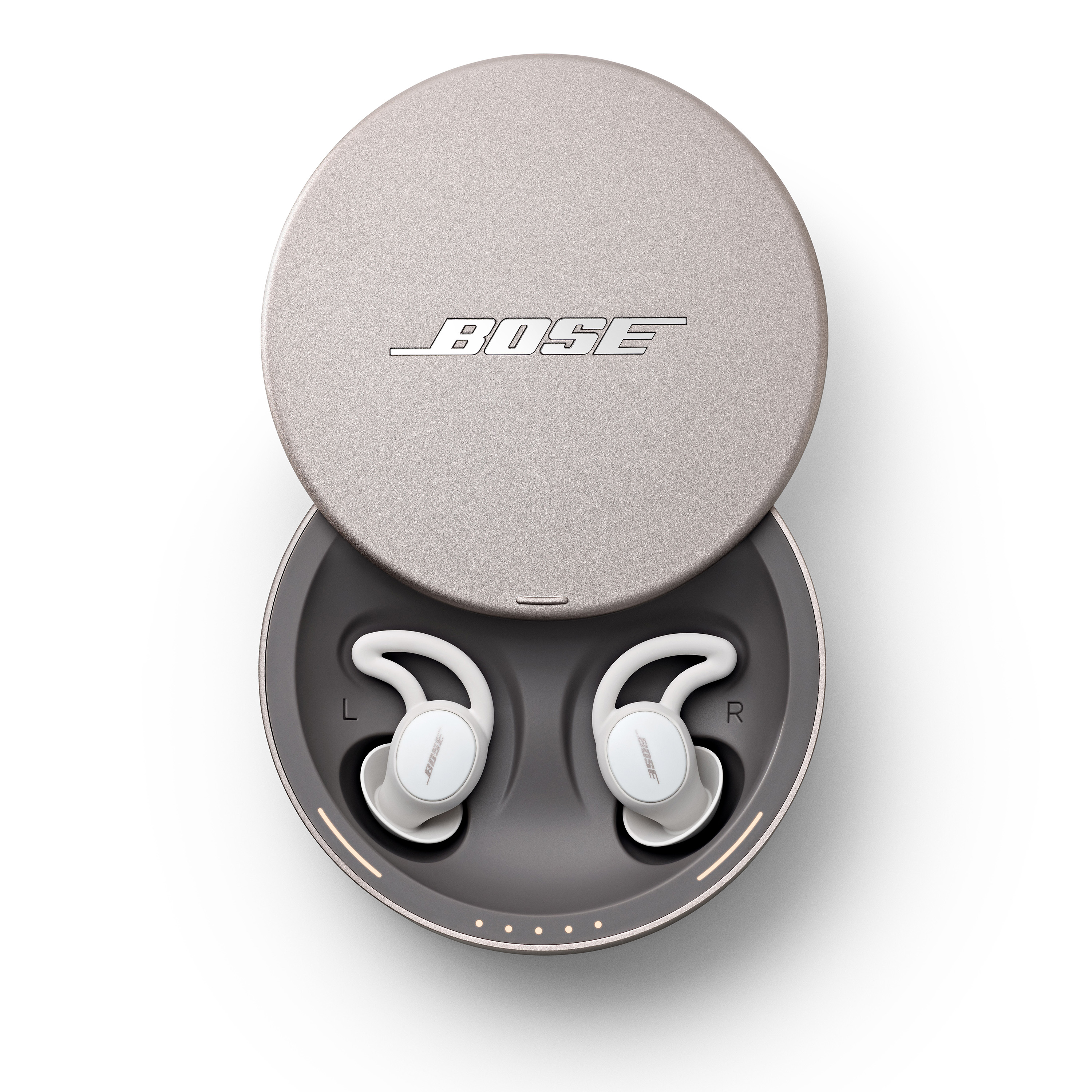 All told, the build is solid, as you’d expect/hope from the company name and accompanying price point. I really dig the design of these things, overall, from the illuminating metal charging case with its sliding lid to the earbuds themselves. As someone who finds the slightest irritants a major hurdle to falling asleep, I was pleasantly surprised by how unobtrusive the buds are. They slip on comfortably and stay flush with the ear, so nothing gets snagged. The soft and rubbery wings also do a great job keeping them in place.

The buds’ biggest limitation is actually by design. Like the originals, the Sleepbuds II only work with the included app. This is used to pair them, locate them and offers Bose’s library of music. The company generally does a good job curating its own sleep sounds, ranging from nature sounds like rain and wind to self-selected ambient tracks. I got in the habit of listening to the sounds of the ocean while reading “Moby Dick” each night. A pretty good way to fall asleep, all told.

I appreciate the decision to hamper the functionality to some degree — I suspect I would probably start listening to podcasts and TV shows on the thing, left to my own devices (so to speak). But I would love to see what the buds could do with, say, binaural beats or some other ambient selections. Ultimately, I think giving the consumer choice is a net positive.

That said, the headphones are well-tuned for their limited (but expanding) library of sounds. There’s no active noise-canceling, but the passive cancelation of the buds themselves plus the on-board sound do a good job blocking out things like environmental noise or snoring. They’re probably no match for, say, construction noise, but do a good job with subtler barriers to sleep. They’ll also likely be a good choice for long flights, when we start doing those again.

There are a handful of headphones currently positioned for the sleep market, but Bose’s look to be the most polished package at the moment. The price will understandably be a barrier for many — and the limited sound library could be a dealbreaker for some. But if you have the money — and find getting and staying asleep tough — they’re well worth exploring.