A new fintech startup called EarlyBird wants to help families invest in their children’s financial futures. Through the EarlyBird mobile app, parents in just a few minutes can create a custodial account, also known as a UGMA (Uniform Gifts to Minors Act) account. These accounts typically allow a parent, aka the “custodian,” to invest in stocks, bonds, mutual funds and other securities on behalf of the minor child. When the child comes of legal adult age, the investments become theirs.

Through the app, parents can set up an account for their child, then invite other family members and close friends to contribute.

The idea is not so different, in spirit at least, from something like HoneyFund, where newlyweds ask loved ones for cash donations instead of physical gifts. Similarly, EarlyBird offers an alternative to giving a child toys and more “stuff,” by inviting family and friends to donate money. Except in EarlyBird’s case, it’s not asking for straight cash donations — this is not some glorified crowdfunding platform, after all — it’s enabling investments.

Specifically, EarlyBird aims to make it easier and less confusing for parents to establish custodial accounts. It’s not the first fintech to do so — Stash and Acorns, for example, also offer this.

EarlyBird, however, aims to combine the investment account itself with a platform that allows for social features and a gifting experience. The idea is to make the act of donating to the account feel more like a real gift — unlike the gift of a check or some cash tucked into a greeting card. 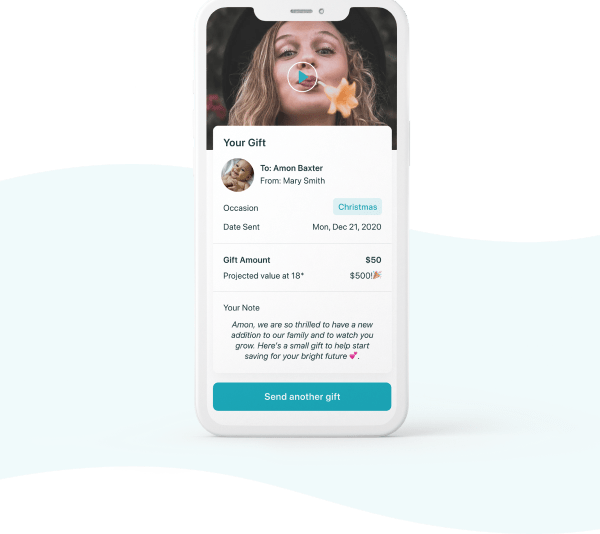 With the EarlyBird app, the giver can record a short video “memory” alongside their donation to the investment account. This makes for a more social and personal experience as the child can later look back on these videos. In addition, other family members and friends may also see the videos and be prompted to donate to the child’s investment account, too.

Wexler explains that he began thinking about investments as an alternative to physical gifts when a new baby arrived in his own extended family.

“This all started with a problem I experienced years ago when my beautiful baby niece was born. I found myself head over heels and spending hundreds and hundreds of dollars on just the most ridiculous stuff — pretty much just junk gifts,” he says.

A few years ago, he got the idea to start investing his cash into an index fund on the child’s behalf.

“I wanted to have a larger impact in her life and something that she could really use when she grew up,” Wexler says.

His father had once done the same for him, in fact. When he was 12 years old, his dad gave him some money in a TD Ameritrade account that he withdrew later in life to help fund his first startup — SucceedOverseas in Qingdao, China — a strategic consulting firm that aided companies with employee relocation. (It was acquired in 2015 by Chiway Education Group.)

Wexler met EarlyBird co-founder Caleb Frankel in Qingdao and reconnected with him again when he returned the U.S. Last year, they teamed up on EarlyBird, with the goal of simplifying the process for parents who want to launch custodial investment accounts for their kids. 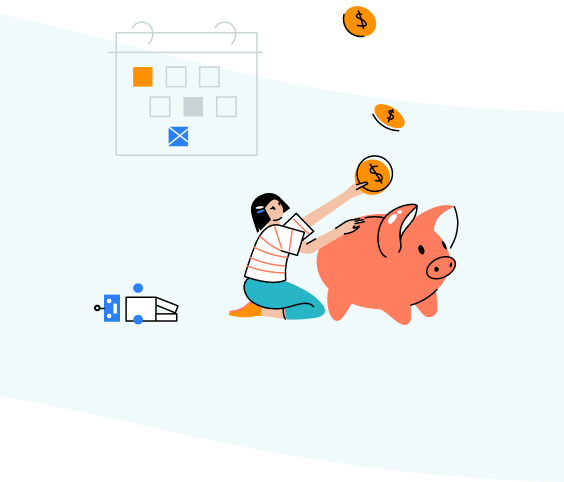 Custodial accounts, to be fair, are perhaps not a well-known investment vehicle to those who aren’t parents — or even to those who are, in some cases. That’s because their alternative, the 529 plan, has generally been more popular because of its tax advantages.

While both accounts allow families to invest on behalf of minor children, investments in 529 plans grow tax-free. Any withdrawals made for educational expenses — like tuition, room and board, books, and more — are also not taxed. That’s a big perk.

Donations to UGMA accounts don’t receive an income tax reduction, but they aren’t taxed themselves up to $15,000 for an individual or $30,000 for a married couple.

Because most families are investing with college expenses and tax advantages in mind, 529 plans have been better known. But Wexler says things are changing.

“A lot of parents actually have no idea what education and college will look like in 15 years and want something a little bit more flexible,” he explains.

However, EarlyBird will expand into 529 plans within a year, it says. It just didn’t start there. 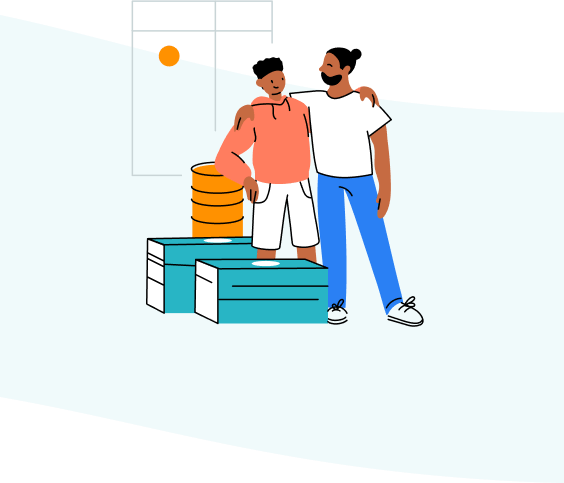 Another differentiator between EarlyBird and Acorns or Stash’s custodian plans is how EarlyBird incorporates financial literacy into its product.

From birth to 5 years old, the parent manages the child’s account entirely. But when the child is ages 6 to 13, parents can show the app to the child in a special “view only” mode where the child can learn about their investments and watch them grow. At 13 to 18, the child can download the app and, alongside their parents, begin to interact with it. At age 18 (or 21 in some states), the child takes full custody of the account.

EarlyBird also simplifies the act of investing by offering a range of portfolios from conservative to aggressive. On the conservative side, the portfolio is 100% ETF bond-based while the aggressive portfolio is 100% ETF equity-based. Like Acorns, it offers a fixed portfolio model, but it also offers customized portfolios so you can match your investing to your values — like investing in socially responsible businesses. Users can also automate their investments — small or large — on a recurring basis, if they choose. 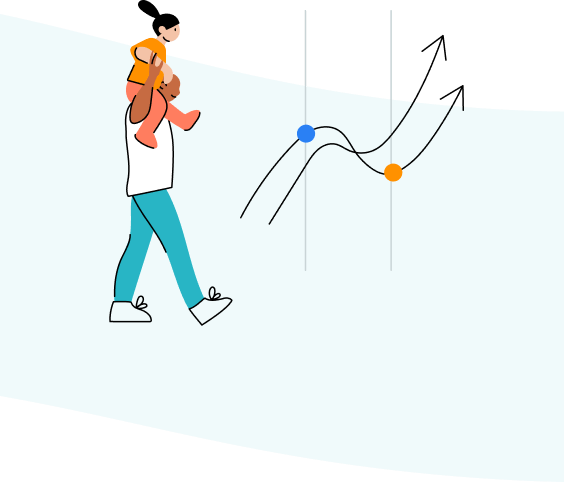 The portfolios were designed and built with a team of expert financial advisors led by EarlyBird advisor Evan List, a 12-year VP at Bernstein Private Wealth Management. The company says the portfolios are integrated with a rebalancing engine on the backend that ensures that each equity position stays within a 10% drift of the target allocation that EarlyBird has set within the selected portfolio. It also reviews all portfolios quarterly and rebalances them, if necessary, similar to other robo-investors.

The startup’s investment accounts are currently held with its partner Apex Clearing Corporation, a third-party SEC registered broker-dealer and member of FINRA and Securities Investor Protection Corporation (SIPC). This arrangement protects the investments up to $500,000 total. In time, EarlyBird aims to transition to a broker-dealer itself.

Currently, EarlyBird generates revenue by way of its $3 per month management fee (and $1 per month for each additional child).

Over time, it will make money much as many fintechs do. It plans to leverage the trades and transactions with Apex Clearing. And as it transitions to a broker-dealer (when a sizable user base and assets under management are achieved), it may pursue a fully paid lending program, similar to other brokerages.

These programs aren’t live at this time, to be clear, as the startup is only weeks old.

EarlyBird is backed by $2.4 million in funding, led by Network Ventures, in a round closed in November 2020. Other investors include Chingona Ventures, Bridge Investments, Kairos Angels, Takoma Ventures, Subconscious Ventures and various angels.