VergeSense, a startup that uses machine vision to help businesses better understand how their office spaces are being utilized, today announced that it has raised a $12 million Series B funding round led by Tola Capital.

Including the company’s $9 million Series A round, which it raised earlier this year, VergeSense has now raised a total of $22.6 million. Previous investors include JLL Spark, Allegion Ventures, MetaProp, Y Combinator, Pathbreaker Ventures and West Ventures.

Given the COVID-19 pandemic, it’s maybe no surprise that VergeSense would be seeing quite a bit of demand for its service and sensors. While the company was seeing strong growth since its launch in 2017, the pandemic is accelerating the move to smarter office spaces. As VergeSense CEO and co-founder Dan Ryan told me, over the course of the last few months, the company added new features to help businesses manage social distancing, for example, and to better understand where in a given office they should intensify their cleaning protocols. 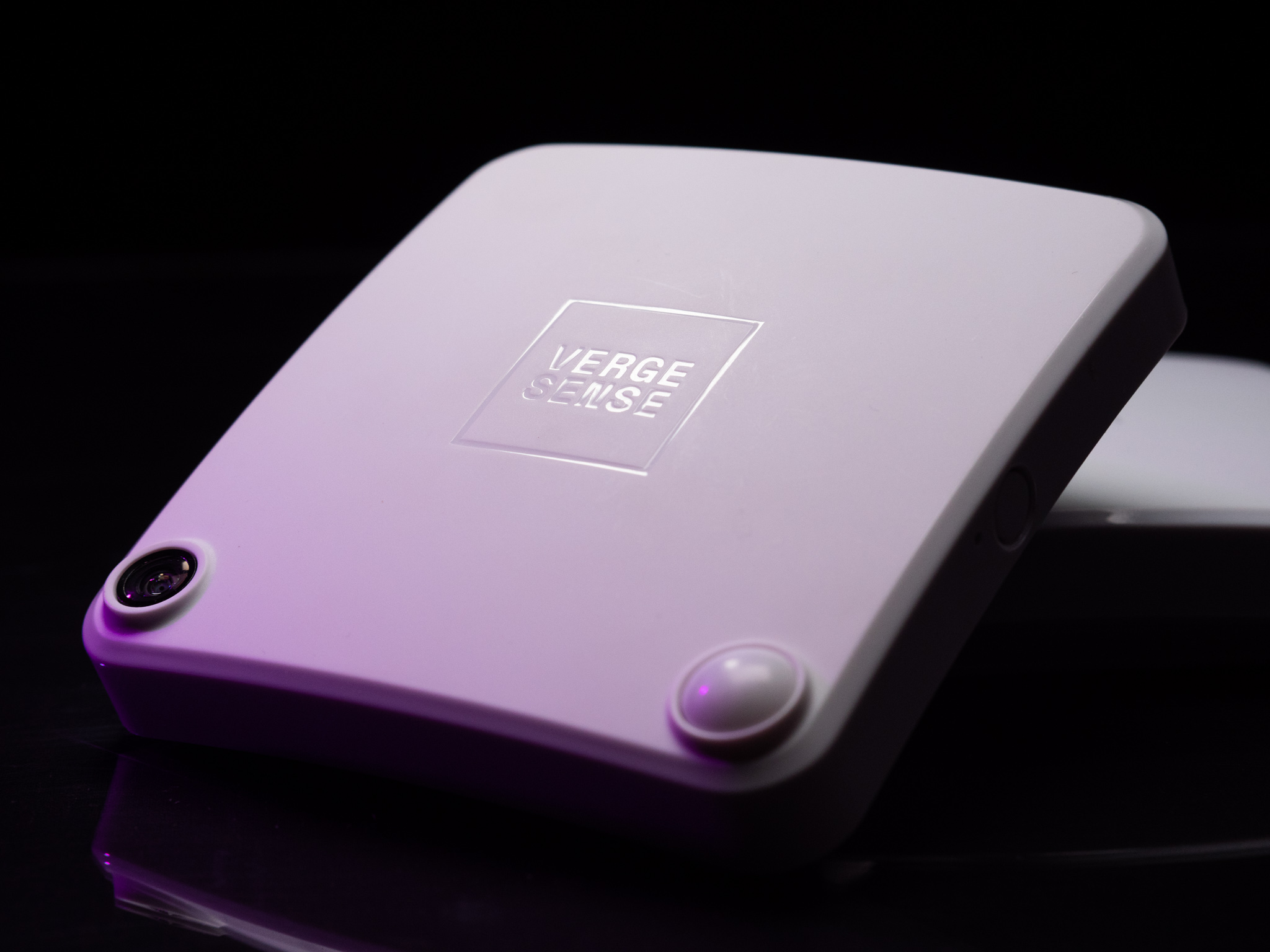 It’s also becoming increasingly clear that even after we get the pandemic under control, office spaces — and office work — will look radically different. “It’s going to be a sort of a hybrid model of working, which, pre-pandemic, was already something that was happening — companies were experimenting with this — but now it’s been turbocharged,” Ryan said. “We never anticipated any of this, but I think it’s a great example of the possibilities that you can help support when you have this intelligent infrastructure all around you that allows you to almost program the physical world.”

Another new feature the company launched this year allows its tools to register when a seat is likely occupied, even though nobody is in it right now, by looking for backpacks and other signs that would signal that a desk is in use.

VergeSense currently has customers in 29 countries. These include the likes of Shell, Quicken Loans, Roche, Cisco and Telus. In total, the company’s tools watch more than 40 million square feet of space now. 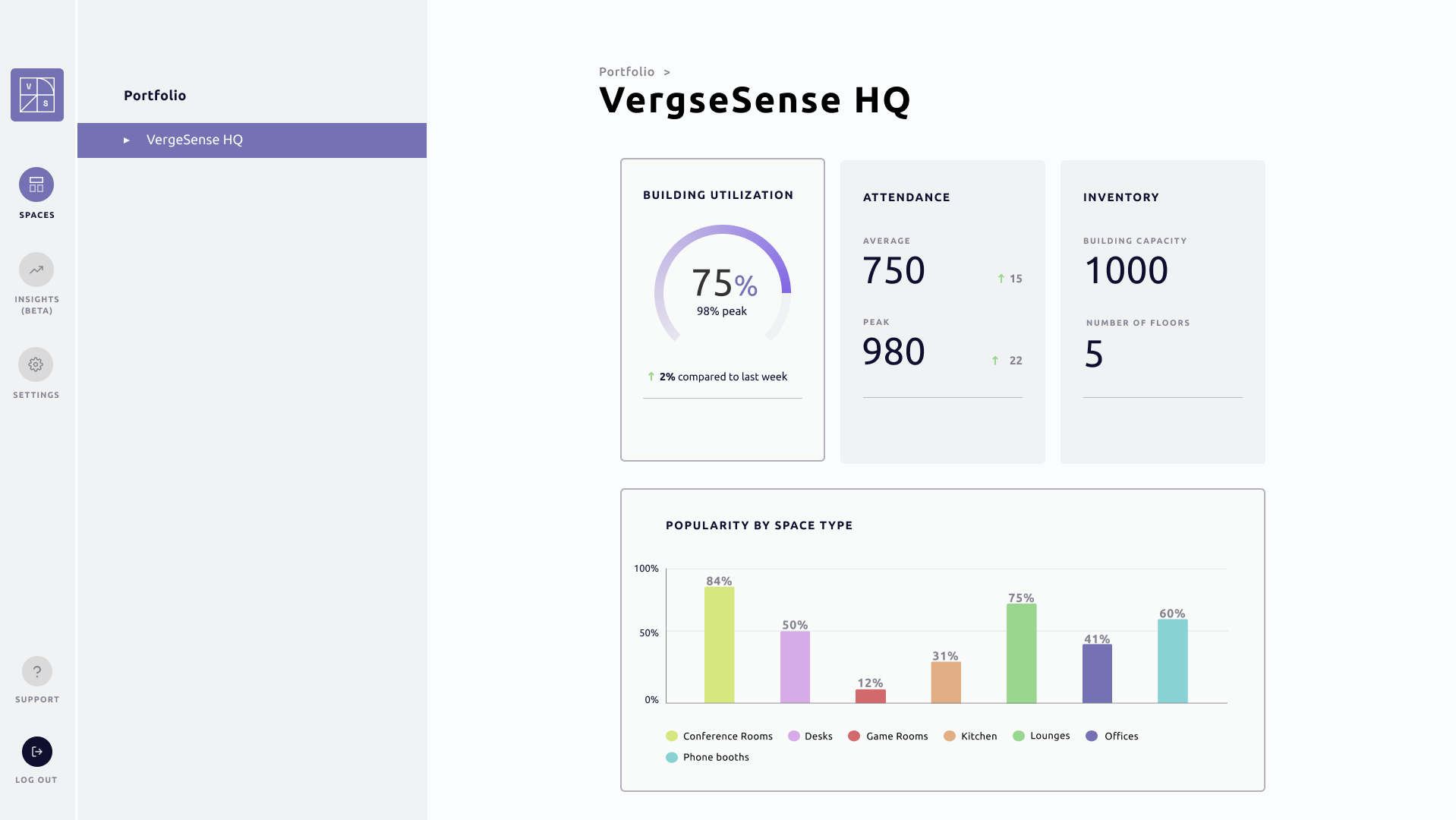 As Ryan told me, the company saw quite a bit of inbound interest from investors this year and the team wanted to capitalize on the current trends. “As we look forward to ’21, especially now that this transition to an agile hybrid seating model is going to be turbocharged, we were preparing for and planning for additional growth there as well. So this was sort of opportunistic opportunity to team up with Tola to help go to the next level,” Ryan explained.

The company plans to use the new funding to continue to work on its core computer vision capabilities and hardware, but as Ryan noted, one of the focus areas for VergeSense in 2021 will also include new partnerships and integrations with tools for booking desks and rooms, as well as building automation systems. To do so, it plans to double its headcount and hire across all departments.

VergeSense is obviously not the only company playing in this space. Swiss startup Locatee, for example, raised a Series A round for its service earlier this year, though it uses network data to measure occupancy and not the kind of dedicated sensors that VergeSense is developing. Other players include the likes of Density, Basking and SteerPath.

Locatee raises $4M Series A for its workplace analytics platform