It’s been a busy year of expansion for the large cloud providers, with AWS, Azure and Google aggressively expanding their data center presence around the world. To cap off the year, Google Cloud today announced a new set of cloud regions, which will go live in the coming months and years. These new regions, which will all have three availability zones, will be in Chile, Germany and Saudi Arabia. That’s on top of the regions in Indonesia, South Korea, the U.S. (Las Vegas and Salt Lake City) that went live this year — and the upcoming regions in France, Italy, Qatar and Spain the company also announced over the course of the last twelve months. 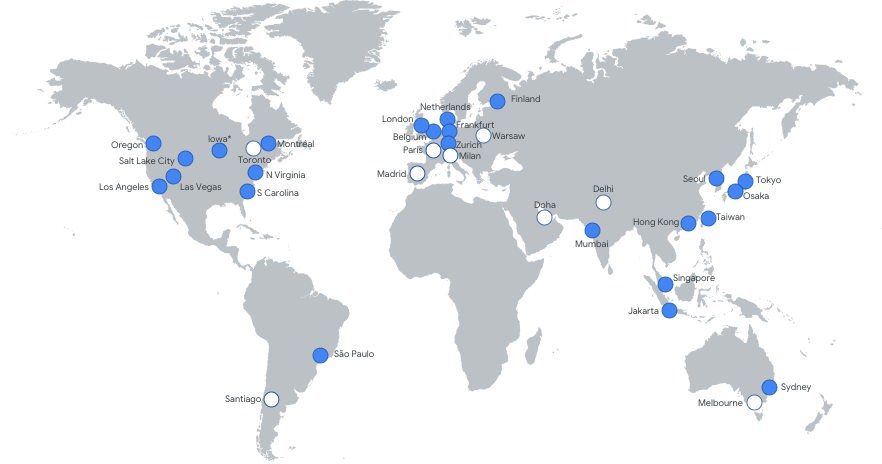 The battleground may soon shift away from these large data centers, though, with a new focus on edge zones close to urban centers that are smaller than the full-blown data centers the large clouds currently operate but that allow businesses to host their services even closer to their customers.

All of this is a clear sign of how much Google has invested in its cloud strategy in recent years. For the longest time, after all, Google Cloud Platform lagged well behind its competitors. Only three years ago, Google Cloud offered only 13 regions, for example. And that’s on top of the company’s heavy investment in submarine cables and edge locations.