Tap Network is providing a new approach to loyalty rewards programs that it describes as “rewards as a service.”

You may recognize the Tap Network name, as well as its co-founder and CEO Lin Dai, from Hooch, a startup that offered a drink-a-day subscription service before shifting focus to a broader rewards program. Dai told me he “learned a lot from the Hooch experience” but ultimately “decided that Tap is a much bigger opportunity, we’re really looking at rewards in general.”

Dai said that normal rewards programs are only accessible to the top 10% or 20% of a company’s customers. So in his view, businesses have an opportunity to “super serve the average customers who 40 years ago might not have been considered important customers, but who today could be building a loyalty behavior pattern.” 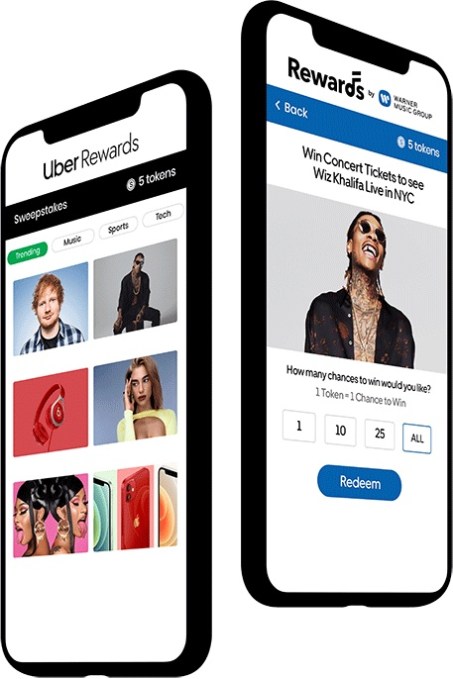 He added that making rewards programs accessible to more customers has an added benefit for many businesses, because “whether it’s a major bank or major travel company, they are starting to accrue billions of dollars that are locked up in these wallets.” Those points might never be redeemed, but they’re still considered liabilities from an accounting perspective.

Tap Network aims to solve this problem by allowing customers to spend those points through a broader network of rewards, which can usually be redeemed at a lower point level. It’s offered as a white-label addition to an existing rewards program, with each program choosing the rewards that might be the best fit for their customers.

For example, Uber recently worked with Tap Network to expand its Uber Rewards program, offering new Tap Network-powered rewards like free Apple Music or HBO Max, as well as the option to donate to causes like World Central Kitchen. And the minimum number of points needed to claim a reward fell from 500 points to 100 points.

Other companies using Tap Network include Warner Music Group (which, as previously mentioned, is also an investor) and privacy-focused browser company Brave.

The Brave browser launches ads that reward users for viewing