The startup has closed a $20 million Series C led by Madrona Venture Group. Existing investors, including First Round Capital, Index, Sequoia and DAG, also participated in the round. They’ve raised just shy of $50 million to date.

The platform has been around for years serving as a social hub and gaming platform for virtual reality users. In recent years, the company has tried to scale its ambitions past being known as the “Roblox of VR” and scale its capabilities to meet its young user base. This year was big for the platform doing just that.

CEO Nick Fajt estimates that the company has tripled its total audience since this time last year as the company has made a concerted drive on new platforms. While a substantial portion of Rec Room’s audience still comes from its bread-and-butter VR audience, the platform’s base of console users has grown substantially in 2020 and, by the end of next year, Fajt expects that mobile will have grown to be Rec Room’s most common point of entry. Meanwhile, mobile Android remains one of the last major gaming platforms on which Rec Room still doesn’t have a home.

One of the company’s big aims heading into the new year is scaling their creation tools, which allow players to build their own experiences inside the game. More than 1 million of the platform’s 10 million registered users have engaged with creator tools, building 4 million distinct rooms on the platform. Next year, Fajt plans to scale up creator payments estimating that by the end of 2021 they’ll have paid out $1 million to their network.

Fajt says he wants creation tools on Rec Room to be more accessible to the general player base than other platforms, including Roblox, aiming to keep tools simple for now and push everyday users to invest time in the creation platform. 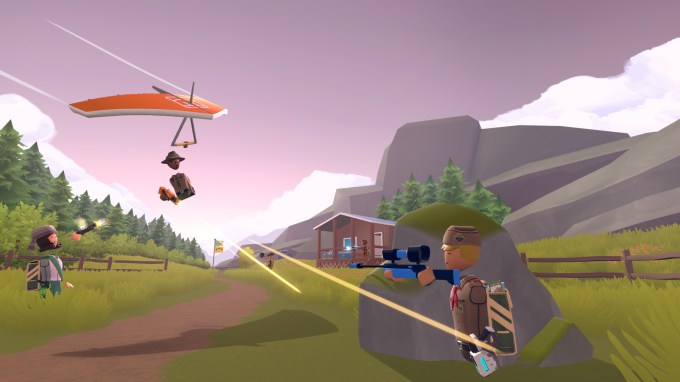 “Roblox has an incredible business, that’s certainly no secret,” Fajt tells TechCrunch. “We want breadth of expression over depth of expression; we want anyone who comes into to Rec Room to be able to build.”

Despite the slow maturation of the VR market, Fajt says the company doesn’t plan on moving away from its VR roots anytime soon. The company has just updated its popular battle royale mode Rec Royale for the new Quest 2, as well as on iOS.