ZeroAvia, the company that’s on a mission to move the world to zero-emission, hydrogen-fueled flight, has just received some corporate jet fuel in the form of a new $21.4 million cash infusion.

Aviation is a huge contributor to the carbon emissions that cause global warming, and the industry, along with shipping, will be one of the hardest to decarbonize. Electrification technologies have yet to account for ways to propel aircraft or move massive seafaring vessels, and a consensus is emerging among technologists that hydrogen will be the best solution to ensure zero-emissions flight can become a reality.

“I’m a big believer in hydrogen from the perspective that if I have enough zero carbon hydrogen, and it’s cheap enough, then I can do anything,” said Eric Toone, the executive managing director and science lead at Breakthrough Energy Ventures.

Industry backers think that ZeroAvia may also be the ticket to solving many of the aviation industry’s problems. The company has established a partnership with British Airways and received a $16.3 million grant from the U.K. government to ensure that its 19-seat hydrogen-electric airplane is ready for the market by 2023.

Longtime investor Shell Ventures doubled down on its commitment to ZeroAvia with this round, on the back of the company’s unique approach to integrating various proven technologies to bring hybrid hydrogen-electric flight to market.

“Each individual component is not unique in a sense. The powertrain is not unique, the fuel system isn’t unique… [But] bringing it all together in a system, is not just technically getting a plane in the sky but having those conversations with regulators about what do we need to change and all the steps involved in getting to a commercial play,” said Paul Bogers, the vice president of Hydrogen at Shell.

ZeroAvia is now developing and testing the certification-ready ZA-600 powertrain, which can fly a 10 to 20-seat aircraft up to 500 miles, the company said. And earlier this year the company completed the first commercial-scale battery electric flight and the first flight of a hydrogen fuel cell-powered aircraft. The company said it would expect to complete a long-distance flight of 250 miles within the next three months.

For Val Miftakhov, the founder and chief executive of ZeroAvia and a serial entrepreneur whose last company, eMotorWerks, was sold to Enel, the flights prove out his thesis that hydrogen power is the answer for the aviation industry. 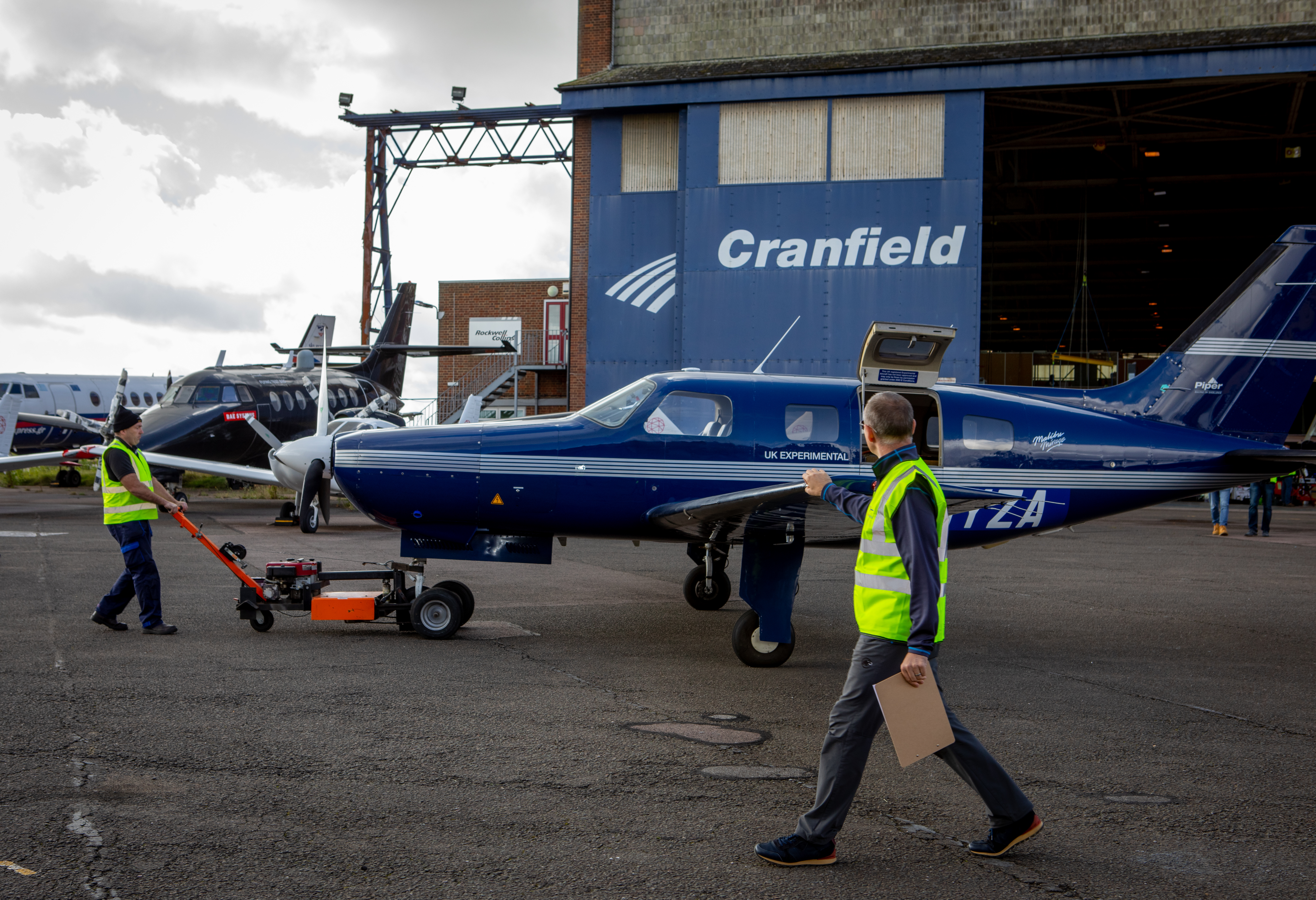 “Our most recent milestone achievements are closing the gap for the airline industry to begin its transition away from fossil fuels. In fact, over ten forward-looking airlines are now gearing up to implement our powertrains when they are ready in 2023,” Miftakhov said in a statement. “Both aviation and the financial markets are waking up to the idea that hydrogen is the only meaningful path towards large-scale, zero-emission commercial flight. Powering a 100-seat plane on hydrogen is not out of the question. We feel deeply grateful to our top-tier investors for joining us in the next phase of our exciting journey; to bring in a new golden age of aviation.”

The key to the company’s success is the realization that using existing electrolyzer technologies, natural gas can be converted into hydrogen, which can be used to power the aircraft’s systems, Miftakhov said.

“We manage fuel supply,” Miftakhov said. “We’ve done that already at the airport in Cranfield. We make our own fuel from electricity and water. We are not building new technology in the hydrogen manufacturing space. We’re utilizing partners on the electrolysis side.”

The company is working with Enapter to provide the electrolyzer for now, and expects to deploy larger systems at other airfields in the U.K. and U.S. as part of its ongoing demonstrations.

“The scale of consumption allows you to economically make fuel on site. That’s the game changer for hydrogen,” Miftakhov said. “You don’t have to transport it… You can’t liquefy it… You don’t have to worry about transporting it because it’s a low-density fuel… It’s a mess… If you make it on site all of those challenges go away… We think infrastructure is going to be fine.”

It was Miftakhov’s experience building eMotorWerks that led him to explore hydrogen as the solution for the aviation industry. “Batteries aren’t energy dense enough for the amount of energy you need for the aircraft,” he said. “Aviation is the most energy intensive form of transit… and you can’t stop in the middle.”

Initially, the company will go to market with retrofits for the 10 to 20-seat aircraft in use on short-haul flights across Asia and the Caribbean, Miftakhov said.

However, the company has relationships with seven of the biggest aircraft manufacturers in the world which are working on ways to integrate the company’s powertrains into their aircraft, Miftakhov said, and the company is on track to integrate into large passenger planes like an A320 or a 737 by the end of the decade.

Transitioning to a hydrogen fleet is going to take more than the technical ability of a new breed of manufacturers though, Miftakhov said. It will also require government intervention.

“By 2050 everybody wants to be zero emission and net zero. [But] we are already too late. 2050 is one vehicle lifetime away. The governments are going to come in and say we’re going to force the acceleration of the vehicle generation turnover,” he said.

Miftakhov wants to be ready when that regulation happens. The company has signed letters of intent with operators to retrofit more than 100 aircraft already. And it has laid the groundwork for working on new types of aircrafts.

For corporate investors like Amazon that have committed to decarbonize by 2040, the innovations and industry adoption can’t happen quickly enough.

“Amazon created The Climate Pledge Fund to support the development of technologies and services that will enable Amazon and other companies to reach the goals of the Paris Agreement ten years early — achieving net zero carbon by 2040,” said Kara Hurst, VP Worldwide Sustainability, Amazon. “ZeroAvia’s zero-emission aviation powertrain has real potential to help decarbonize the aviation sector, and we hope this investment will further accelerate the pace of innovation to enable zero-emission air transport at scale.”